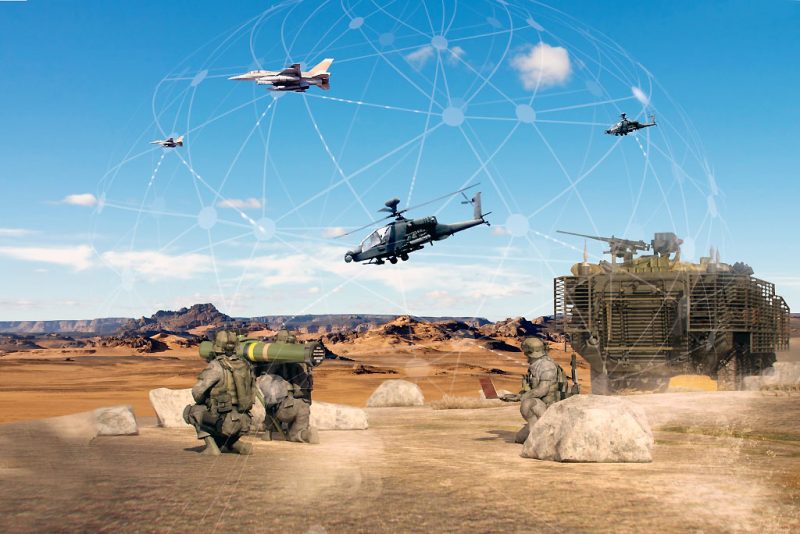 Among the Israeli companies taking part in IDEX 2021 we find Rafael, definitely one of the main players in the Israeli defence industry arena. “Looking at the IDEX event, first and foremost we at Rafael think that we can bring to the UAE our innovative portfolio of products, the specific requirements of the local needs in various aspects, and we are very excited to open new partnerships in the Emirates,” Dr. Ran Gozali, Rafael’s Executive Vice-President and General manager of the Land and Naval Division told EDR On-Line a few weeks prior to the inauguration of the Abu Dhabi exhibition.

To explain the offer that Rafael intends to bring to the UAE, Dr. Gozali split it in three layers, the first one being the technology edge that his company has. “We have invested a lot along the years in Research and Development, building layer over layer, always looking at innovations and technologies that are aimed to systems that are driven from the deep understanding of the operational need of a small country like ours,” he explains. “This allows us to bring a unique product offering and solutions that are ahead of the game, coming from the aforementioned technology advantage, and this is the second layer. The third layer is how we connect those capabilities in the multi-dimensional battlespace.”

As examples of applications that will be exhibited at IDEX and NAVDEX he mentioned the New Generation Combat Vehicle Suite (NGCV-S), in the naval field a series of solutions allowing connecting the capabilities, drones and autonomous ground vehicles, and finally the latest future soldier applications, and how Rafael envisions these.

Back to the first layer, he points out how much Rafael is investing in forefront key technologies such as multispectral sensors for missile seekers, AI applied to computer vision allowing to generate 3-D models to cope with urban warfare scenarios allowing to operate in GPS-denied environments as well as in spaces where there is limited or no communication. “We then invested in data-fusion between various sensors, providing advanced situational awareness, exploiting AI and machine learning trying to develop computers that imitate our human brain, giving the computer the ability to understand, to employ Big Data algorithms to understand mission planning algorithms, like we humans do in our brain,” Dr. Gozali adds.

“We embedded AI-derived capabilities in many other products, ranging from the Spike family, to Firefly, to Iron Dome,” and he also point to other examples from the company portfolio, such as the Typhoon naval RCWS, as well as its land counterparts, which have embedded computer vision algorithms to introduce C-UAS capabilities, being thus capable to destroy a drone with a limited number of shots.

He continues, “but after having done that technology insertion into single products, now we are bringing it into our next generation suites, leveraging also what is going on in the commercial market, embedding unique capabilities to the multidimensional battlefield and the indoor combat arena. This is for example what we do in the NGCV-S, to which we are not looking from a product by product perspective, but rather from an holistic standpoint, connecting the capabilities, connecting i.e. our RCWS to the Spike Firefly, the latter providing 360° situational awareness to the 8×8 infantry fighting vehicle, while also providing an attack capability, and our Fire Weaver, the latter connecting sensors and shooters in a very effective and safe manner, all this lying on top of the broadband SDR communication architecture. We embedded in the NGCV-S unique algorithms that enable the computer to do some of the tasks that were previously done by the commander or the driver, such as navigating the platform, and performing mission planning, based on the 360° situational awareness of the playground. This also applies to the protection; we look holistically how to protect the vehicle by combining the passive, reactive and active protection systems, which increases the effectiveness of the vehicle in terms of mobility, survivability, lethality, and the functionality of the team. These are examples of how Rafael is looking into this holistic offering for the NGCV-S, which can also be used to upgrade older generation vehicles to bring them to that new level of effectiveness on the battlefield.” The NGCV-S is being exhibited in Rafael’s stand at IDEX, however at NAVDEX something similar can be seen.

“In our naval stand we exhibit our Electronic Warfare solution as well as our Typhoon RCWS, our control management system, and what we are currently doing is connecting all those into a cohesive solution so that very effective sensor-to-shooter capabilities enable the naval platform to have an area defence solution, an end-to-end defence solution.”

Beside bringing innovative technology, Rafael is well aware of the need to propose not only technologies and solutions to the potential customers, in the case of IDEX the new market which is opening up for the Israeli company in the UAE and in the region, but also partnership opportunities and transfer of technology. “We are very excited about building a strategic partnership in the UAE, and IDEX and NAVDEX are absolutely an important event for us.” Rafael is well used to establish partnership with local industries, as it has done this quite often in the last decades. “We are always ready and open to new business partnership, we did this around the world and we look forward to build the right industrial cooperation also in the United Arab Emirates, and we see an alignment with the UAE approach to new super-technologies such as those that I mentioned at the beginning of this interview,” Dr. Gozali concludes.

In the end COVID-related issues prevented Israeli-based nationals to physically be present on ADNEC premises, the Rafael stand being thus manned by officials related to the company through its international links, which allowed the company to ensure anyway its first presence at the Abu Dhabi event. 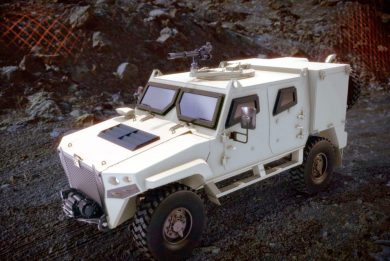 Nimr new Ajban Mk2 to be unveiled at IDEX