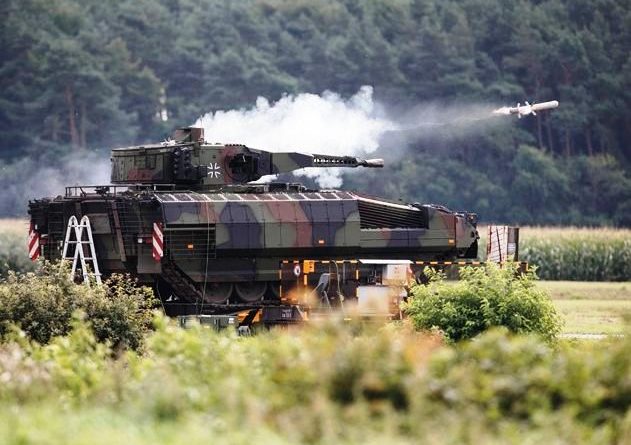 The announcement was made by Minister Pyne at the official launch of VRA Systems in a ceremony today at Parliament House in Canberra. Following Minister Pyne’s comments, Mr Jeff Phillips, Managing Director of the Varley Group, and Major General (Ret’d) Yoav Har-Even, President and Chief Executive Officer (CEO) of Rafael, formally signed the VRA joint venture agreement. They were joined by His Excellency Mark Sofer, Israeli Ambassador to Australia, and guests from the Australian Government, ADF and defence industry.

Mr Phillips said: “The 5th Generation SPIKE LR2 is the first of what we hope will be many opportunities for VRA to deliver Australian sovereign capabilities, drive innovation and jobs, and create export opportunities.” He noted the significance of the decision for Australian defence industry, “This undertaking will be an Australian first. VRA Systems combines a world leader of defence technology in Rafael, with Australia’s oldest and most respected defence enterprise in Varley. We will now deliver the world’s premier Anti-Tank Guided Weapon for use by the Australian Defence Force.”

General Har-Even noted the decision builds on Rafael’s 20-plus years in the Australian market, and follows a long line of similar partnerships around the world. “Rafael’s strategy is to join with local partners that allow us to establish capability in the local market. We are extremely proud to have established the relationship with Varley, and we look forward to working with them to deliver the SPIKE LR2 system to the Australian Defence Force”.

In addition to the SPIKE LR2, VRA will deliver a range of Rafael products for the Australian market including the TROPHY Active Protection System (APS) for armoured vehicles; the TAMIR Counter-Rocket, Artillery & Missile (CRAM) interceptor for short-range Ground Based Air Defence (GBAD); and the TORBUSTER Torpedo Counter-Measure (TCM) for submarines.

VRA’s inaugural CEO, Mr Jacob Blitman, said: “VRA aims to maximise the proportion of SPIKE LR2 componentry produced in Australia and deliver through-life in service support, making use of our reach-back to Rafael’s research and development network in Israel. We will employ up to 70 Australians in our local facilities with potentially hundreds more across our Australian supply chain. Australian suppliers now have the opportunity to enter Rafael’s global supply chain for the SPIKE family and a range of Rafael products and systems, servicing more than 30 customer nations.”