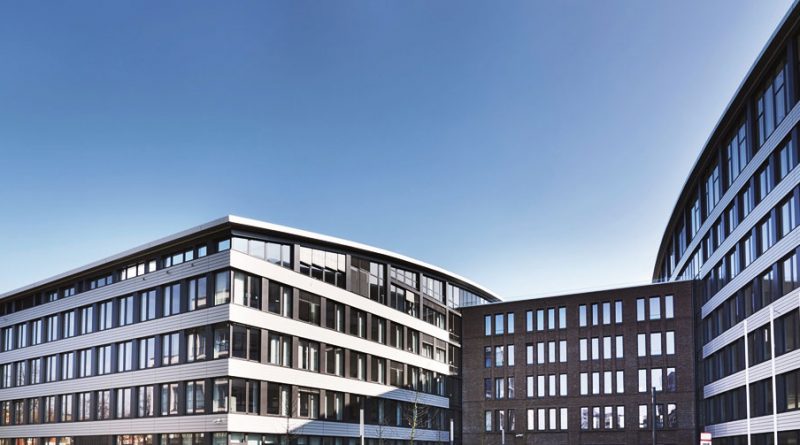 March 1, 2019 – Rheinmetall, the Düsseldorf technology group, in fiscal 2018 increased sales in both sectors in line with the recently published guidance, exceeding the company forecasts on the operating earnings margin.

Rheinmetall is reporting consolidated sales of €6,148 million for the past fiscal year. This is growth of €252 million or 4.3% compared to the previous year’s figure of €5,896 million. When adjusted for currency effects, the growth amounts to 6.1%. Both sectors again contributed to the growth in sales at the Group.

Operating earnings (EBIT before special items) reached a new high in fiscal 2018 at €492 million. This is growth of €92 million or 23% compared to the previous year’s figure of €400 million. Including positive special items of €26 million net, reported EBIT amounts to €518 million. Special items resulted from restructuring costs at two Defence locations (€-7 million) and from real estate transactions (€+33 million) at the Berlin site and in connection with a former production facility in Hamburg.

The Rheinmetall Group increased its operating margin to 8.0% in fiscal 2018, compared to 6.8% in the previous year. The most recent forecast, which targeted an operating margin clearly above 7%, has therefore been surpassed.

Armin Papperger, Chief Executive Officer of Rheinmetall AG: “With partially considerable growth in sales and earnings, we continue to follow our healthy growth trajectory in fiscal 2018. We believe we are in a very good position to succeed on the global growth markets with our issues of mobility and security and to keep increasing the business volume. In Defence, we are in an ideal position to serve the growing demand from armed forces with our products and services. In the Automotive sector, we are a more important partner than ever for international manufacturers who want to advance the modernization of drive technologies – both in conventional drive systems and electromobility. With our Clean Emission Technology, we are making valuable contributions to help automotive manufacturers meet even stricter emissions limits in the future.”

The Automotive sector continued to develop positively in fiscal 2018, with key figures exceeding those of the previous year. In a declining market environment, the sector boosted its sales by 2.4% and increased revenue to a new high of €2,930 million (previous year: €2,861 million). When adjusted for currency effects, the growth amounted to 4.2%. According to the latest market data, however, global automotive production saw a slight decline of 1% in 2018.

The Automotive sector’s growth is driven by increased sales in all three of its divisions.

The sector sales figures do not include the contributions from the joint ventures in China, which increased their sales by 3.2% to €872 million, while automotive production in China declined by 3.7%. In local currency, the increase was 5.7%. The wholly owned subsidiaries in China, which are included in Automotive sales, increased their revenue by €4 million to €131 million.

The sector’s operating margin increased accordingly in the reporting period, rising from 8.7% in the previous year to 8.9% in 2018.

The Defence sector’s business performance – especially the order intake – is increasingly characterized by the significantly increased demand in the military sector and by Rheinmetall’s successful positioning in major markets around the globe.

The sector’s order intake increased much more significantly, reaching nearly twice the previous year’s figure. In fiscal 2018, Defence posted orders worth €5,565 million, after €2,963 million in the previous year. This is growth of €2,602 million or 88%, which resulted primarily from two high-volume orders for the Australian armed forces.

The order backlog for Rheinmetall Defence therefore increased equally significantly to a new record of €8,577 million, which equates to growth of 34% after €6,416 million in fiscal 2017.

The sector also clearly increased its earnings in 2018. The operating earnings reached €254 million in the year under review, surpassing the previous year’s figure by €80 million or 46%. Net of non-recurring expenses of €7 million, which were incurred for capacity adjustments at two sites of the Electronic Solutions division, the sector’s reported EBIT amounts to €247 million.

Rheinmetall Defence’s operating margin rose to 7.9% in fiscal 2018, after 5.7% in the previous year.

Rheinmetall will release the final business figures and the outlook for fiscal 2019 on March 13, 2019. 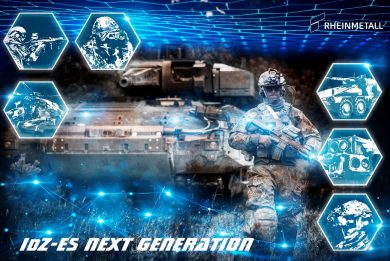 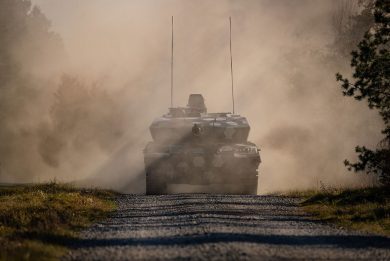