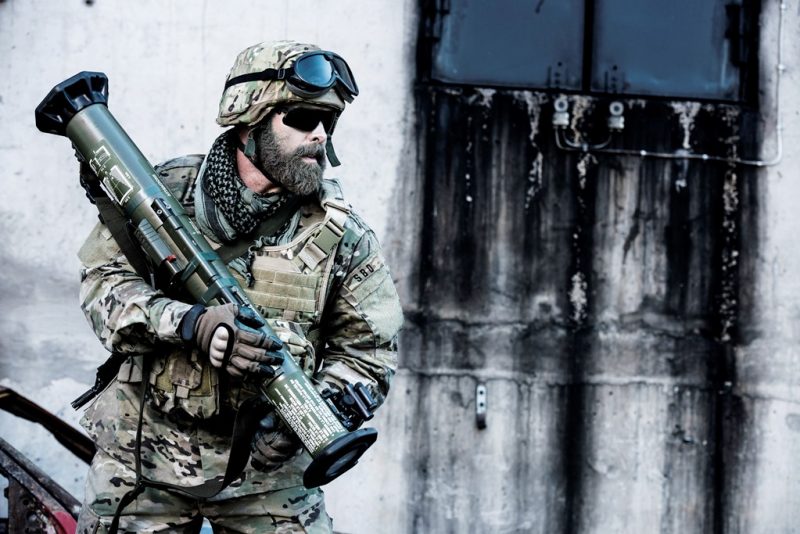 While the Carl-Gustaf is the reusable weapon in the Saab Dynamics portfolio, the AT4 is the disposable one, the two systems sharing the same calibre, 84 mm, which means that ammunition warheads can be used for both systems. As a curiosity, two are the possible origins of its name; Anti Tank 4 or eighty-four, the latter indicating the calibre.

Production of the original version started in 1985, Sweden and the US being the launch customers naming their AT4s respectively Pansarskott m/86 and M136, and since over one million systems have been sold to more than 15 countries, the Confined Space (CS) version being launched on the market in the mid-1990s.

Born as a purely antitank weapon, the AT4 has evolved, and nowadays the Saab portfolio includes various types most of them characterised by the “CS” letters in their name; these models feature a counter-mass container filled with salt water at the rear to reduce the pressure and the signature behind the weapon when firing. The exception is the AT4 HEAT, the elder model, fitted with a shaped charge warhead optimised for the use against armoured vehicles. The AT4CS HP, for high penetration, is fitted with a warhead that can penetrate over 460 mm of rolled homogeneous armour (the French Army declares 600 mm and 1,450 mm of concrete). The AT4CS RS, RS standing for Reduced Sensitivity meaning that the warhead explosive is partly insensitive, keeps the bi-metal shaped charge of the HEAT version that maximises behind-armour effect.

When France required a system capable to reach targets at longer ranges Saab developed the AT4CS ER, for extended range; Vo is 247 m/s versus 220 m/s of ordinary AT4s thanks to a higher pressure generated due to some design changes, and the ER is capable to hit a target at 600 meters distance, providing it is fitted with an external sight, a rail (available on all latest models) allowing to add it to the AT4 and remove it after firing, Its warhead is a shaped charge with a copper liner ensuring maximum armour penetration. The AT4CS AST is used in the anti-structure role at ranges up to 200 meters, and is fitted with a tandem warhead capable to defeat a 20 cm thick double reinforced concrete wall, a magnetic mode selector allowing to choose the delay. Long delay (27 ms) is used to maximise behind wall effects, the breaching charge opening the path to the main one; when set on short delay (3 ms) the main charge goes off when it is still travelling through the wall, opening a breach to allow an entry point for infantry. In the mid-2010 France required a system capable to deal with against troops in the open or in defilade. At that time Saab was developing a similar round for the Carl-Gustaf, so that programme was put on hold giving priority to the disposable version, which is pretty similar although not identical to the HE 448 round for the reusable weapon. Known as AT4CS HE, it can be used in impact mode against light armoured vehicles or in the airburst mode at ranges up to 1,000 meters for area targets. Here too an advanced sight is needed, the connection allowing programming the fuze. First deliveries of the two new versions to the French Army are planned in summer 2022.

The length of the AT4 varies from 1.04 to 0.98 meters, the weight being between 6.7 and 9.3 kg, normal effective range being 300 meters. Simple to use, in Sweden every single soldier is trained to use the AT4, different types of simulators as well as sub-calibre weapons to train and to maintain proficiency.

During Day 1 of the Ground Combat Demonstration 2022, which took place in Kvarn, three fire teams were equipped with AT4CS. The first one fired AST rounds against a concrete protecting a container, a volley of HEAT destroying armoured vehicles. On Day 2 two, at the Bofors Test Centre in Karlskoga, AT4CS AST were used, one in the breach mode and one in the blast mode, in the anti-structure/anti-personnel session. However the most interesting firings were those of a prototype AT4, dubbed AT4CS MP, for MultiPurpose. Saab did not yet decided if this will evolve into a real product, but was willing showing its effects to potential customers. This version is based on a derivative of the HEDP (High Energy Dual Purpose) warhead of the Carl Gustaf 502/502D round, but it is fitted with a new fuze that can be set in three different modes, impact, delay or airburst. Fired from a stand, the first shot was done in impact mode against an armoured vehicle, an old Swedish Army PBV301 personnel carrier, while the second was fired in airburst mode. Should this version be further developed, it would give the warfighter a weapon system capable to face most situations on the field. 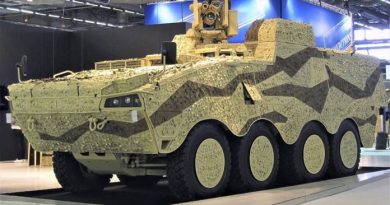 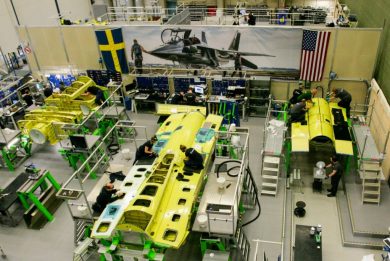