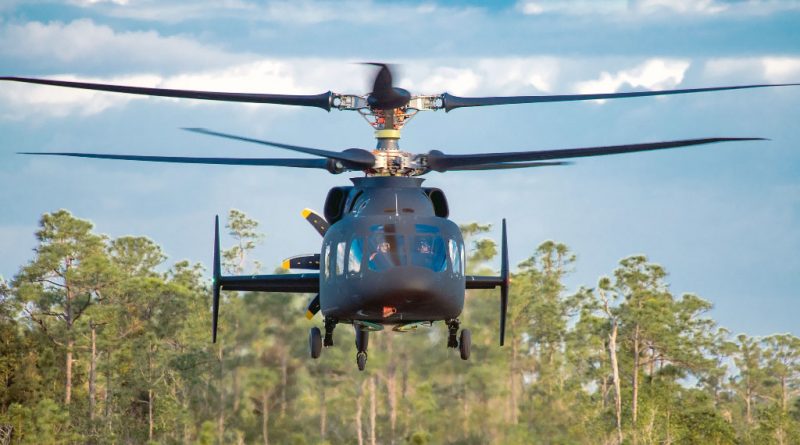 March 2019 marked a turning point for Boeing-Sikorsky SB>1 Defiant technology demonstrator as it lifted from the soil for the first time. Two more flight were made after the 21 March one, always using only the lift of the counter-rotating coaxial rotors, without engaging the pusher propeller, and remaining within 110 feet-ground, performing only limited manoeuvres. “The distance between the two rotors is reduced compared to other helicopters adopting the same architecture,” Randy Rotte, Director Future Vertical Lift Global Sales & Marketing, says, “and this thanks to the greater rigidity of our blades that can remain closer without any risk of interference.” He also points out the fairing between the top and lower rotor, explaining that its aim is to clean the air flux.

Designed as a technology demonstrator for the Joint Multi-Role (JMR) programme, the SB>1 Defiant has a MTOW of 32,000 lbs (14.5 tonnes) however the company is confident that the design can be scaled upwards quite easily, in order to be capable answering the Future Vertical Lift requirements, which have not yet been formally issued. 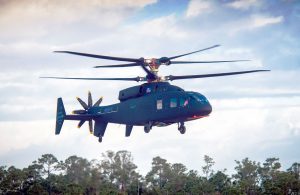 The SB>1 design parameters call for a cruise speed of 250 knots and the capability of hovering out of ground effect at 6,000 ft and 35°C, “however we can disengage the rear propeller and still flying at a maximum speed of 160 knots,” Rotte underlines. At high speed the Defiant will act mostly as an aircraft, manoeuvrability being ensured by elevators and rudders, the 11 ft diameter propeller absorbing up to 90% of the power; this can be also used to quickly slow down the aircraft using it in reverse. The rear propulsion is controlled via a thumb lever, while the main rotor is controlled via conventional helicopter cyclic stick and collective lever.

During our visit the propulsion system was being tested on the PSTB (Propulsion System Test Bed) in order to being cleared for flying on the demonstrator, engaging the rear propeller when flights will be resumed, probably during summer. One of the first aims of Boeing is to expand the speed envelope.

According to Randy Rotte the Army seems concentrating first on the Blackhawk replacement, known as Future Vertical Lift – Medium / Army Future Long-Range Assault Aircraft (FLRAA), tentative requirements being the capacity to carry a crew of four and 12 fully equipped soldiers, with a range of 425 km, a maximum cruise speed of 230 knots, the FLRAA being required to be fully operational at 6,000 ft and 35°C. The word attack not being mentioned, the utility/assault role seems the first priority for the service. Originally the JMR was to lead also to the replacement of attack helicopters, namely the AH-64 and the AH-1. What will happen is still to be seen, but Boeing circulated some images of an AH-64 with tail rotor and pushing propeller, something which was however not discussed at Philadelphia during the Apache briefing.

07/09/2019 Olga Ruzhelnyk Comments Off on ► IMC Industries to announce an advanced transceiver for communication between air platforms, naval platforms and ground stations 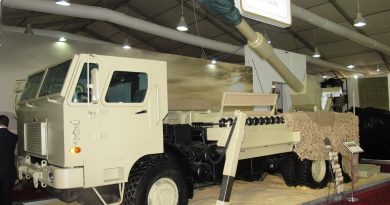 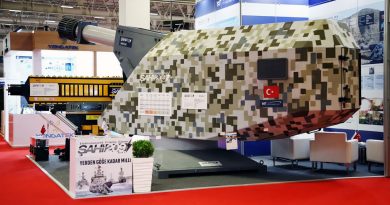