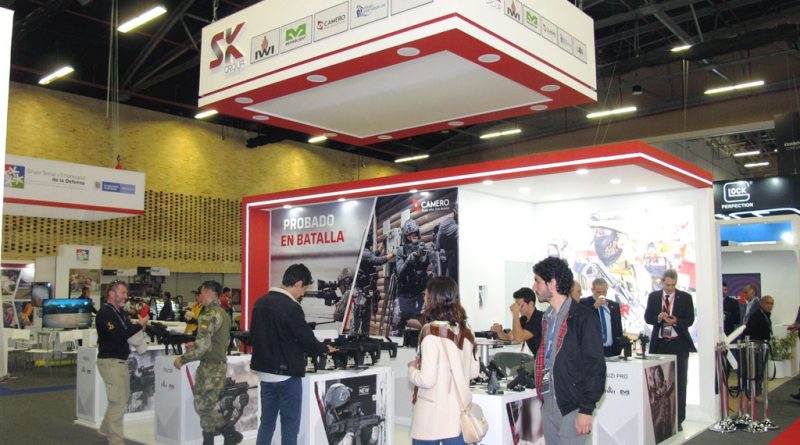 The SK Group members attending Expodefensa IWI, Meprolight and Camero, presented, part of their portfolio were visible in Bogotá. “For the SK Group Colombia is a strategic partner,” Natan Hendler, Vice President Marketing and Sales Latin America tells EDR On-Line, “the relationship having started in the mid 1990’s when then IMI signed the agreement for the production of the Galil with Indumil.” Following that first agreement other followed, bringing to the transfer of technology that led to the production of the Galil ACE in the Soacha facility, some 25 km south-west of Bogotá, these rifles having become the issue individual weapon of the Colombian military. The Army and Police also acquired other IWI weapons, such as the X95, the Tavor and the Negev in 5.56 mm calibre, Indumil also distributing IWI handguns. “Indumil has become one of our best subcontractors,” Mr. Hendler says, “and provides us with key parts of those weapons, our relationship being very good, and should, as we hope, the Colombian Army adopt the Negev 7.62 mm this would encompass a further transfer of technology as production would be made together with the Colombian company.”

The Mepro Mor, the Meprolight multi-purpose reflex sight with two laser pointers (visible and IR), has been provided in quantities to Colombia. “To ensure the maintenance of those sights we set up two laboratories with the Colombian Army,” Hendler says, “and we are currently working on new projects, based on other types of sights, for which we might also propose a local assembly.”

Such offer goes well beyond Colombian borders, the SK Group being ready to develop transfer of technology as well as financing schemes, should other nations select their systems, adapting the project to the customers’ budget capabilities. Moreover the Israeli group is looking with interest at the possible opening of the Bolivian market, which for the time being is still forbidden.

Chile is the other main customer in Latin America, especially for IWI, the company having partnered with FAMAE on the ACE N, the version adopting the NATO standard magazine; between 2013 and 2017 main parts of those rifles were manufactured and the weapons were assembled in Chile, the main part of the Chilean Army assault rifles being replaced with the ACE N. “We hope in the future to complete the project,” Hendler tells us, “FAMAE having become a reliable subcontractor with whom we are looking at new projects.”

Camero, the SK Group company specialised in see-through-wall radars, has carried out demos in many countries to show the capabilities of its systems; “for the time being the market is limited, however we believe that the business will come soon, not only in the military and police market but also from  first responders, our radars being fully dual-use items,” Hendler says.

Israel Shipyards, the other member of the SK group, is also quite active in the Central and South American marketplaces. Successfully completing an OPV-62 project for Honduras these days, the company has delivered four Shaldag MK II fast patrol boats to the Prefectura Naval Argentina – the Argentinian Coast Guard – throughout 2018 alone. 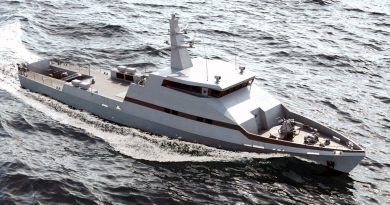