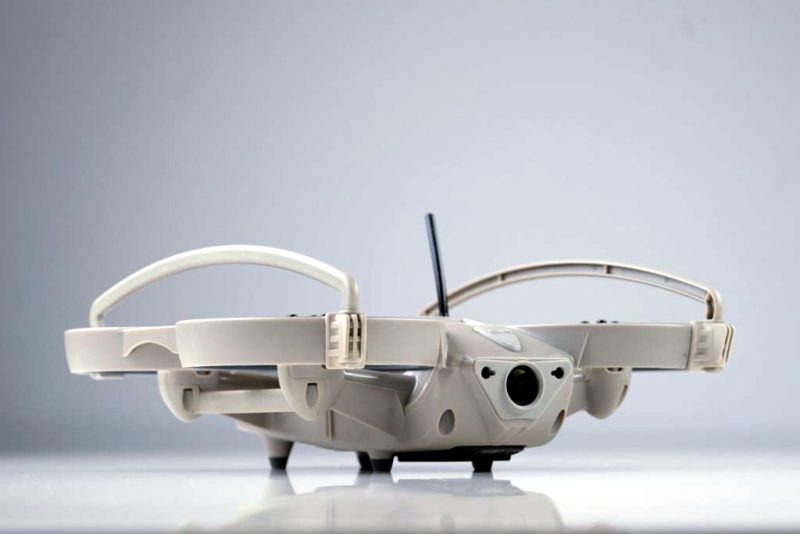 Brussels, 1 June 2021 – After five years of tests, research and development, the Belgian company Sky-Hero is launching the Loki Mk2, a tactical intervention drone intended for indoor use. The device fulfils all the expectations of civil protection forces: fast handling, 100% on-board technology, manoeuvrability, precision, daytime and night-time observation and evolution capability, with a sturdy, light design.

The Belgian company Sky-Hero, which was established in 2013, was contacted in January 2015 by the Belgian DSU (Special Units Division) for an imminent anti-terrorist intervention in Verviers, in the east of the country. So after a few years of working in the field of drones, the company was called upon to develop a model that met the particular constraints of special forces, and to do so in record time. Since then, they have regularly collaborated with the Belgian intervention forces.

In 2016, Sky-Hero was invited to a drone trials competition organised in Oslo by the ATLAS network, a working group comprising numerous European special forces. The company stood out by accomplishing the four trials in less than 10 minutes, (well) ahead of the other twelve participants.

This feat led the company to equip the special forces of several European countries, including Great Britain, Germany, France, Belgium, the Netherlands and Sweden, as well as the FBI, which has provided its 56 bureaus and its three hostage rescue teams with the Loki 1.0 model.

Thanks to its collaboration with many European intervention forces and the FBI, Sky-Hero is building up advanced knowledge of the specific needs of civil protection forces. One of the company’s founders, Yves Coppye, personally trains the future drone pilots and has been invited to stay at Quantico on several occasions to take charge of training FBI agents. Sky-Hero’s strength also lies in this special relationship with various intervention organisations that provide valuable user feedback for the process of constantly improving the first model, which in itself was already highly successful.

In the words of the chief inspector of the Belgian special units, “the Loki 1.0 has made a major contribution to the success of many tricky operations over the past few years. There is no doubt that without the drones and the equipment developed by Sky-Hero, certain situations in which we were involved could have ended tragically and the task of the special units would have been significantly more complicated and dangerous. The equipment developed by Sky-Hero is deployed more or less systematically during our operations and is essential when the danger level rises.”

Loki Mk2 off to a flying start

Pre-ordered en masse by the various civil protection teams already equipped with the Loki 1.0, over 1,000 of the brand-new model, on the market since the summer of 2020, have already been sold. Yves Coppye is very proud of this: “I am pleased to note that the efforts made by my team over the past few years are bearing fruit. We have sacrificed a great deal to get where we are today and the recognition of our customers backs up my convictions. Sky-Hero is currently unrivalled in the field of tactical intervention drones and we aim to equip civil protection forces on every continent.”

The improvements, eagerly awaited by users, concern several elements. Firstly, the remote control, which has been entirely redesigned, offers a much better experience. Secondly, whereas the first version of the drone only had base stabilisation, it is now fitted with a real computer and several sensors enabling it to maintain its position totally autonomously, in the dark and outside the limits of the GPS network. Guidance is easier and the basic drone piloting training course has been reduced to 15 minutes.

The DSU confirms: “The Loki Mk2 is the result of long collaboration between Sky-Hero and the intervention unit of the Belgian police special forces. Operational specialists were consulted from the outset on the design of Loki 1.0 so that the features and the necessary compromises were as closely adapted as possible to the actual situation on the ground, the missions and the needs of the operators. Initially used during anti-terrorist operations, the deployment of Sky-Hero systems has become widespread in most of the missions.”

Sky-Hero is currently working to diversify its portfolio. The company would like to strengthen its various divisions (mechanical, electronic, software, administrative) and enter the field of computer vision, a branch of artificial intelligence that enables machines to analyse, process and understand images.