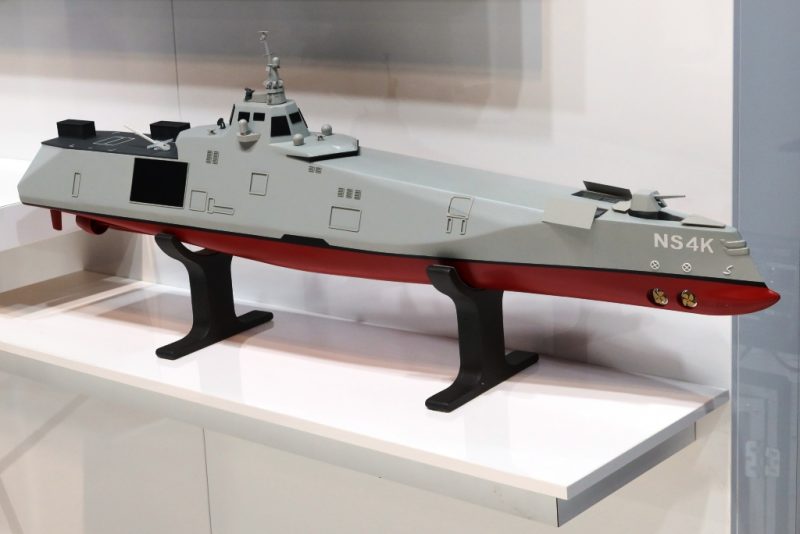 A double innovation was visible in the Navantia stand at FEINDEF, in the form of a model of what might be defined as a “concept ship” paraphrasing the “concept car” definition used in the automotive world. Twice innovative, because the model itself was produced using a 3D printer, the Spanish shipyard aiming at developing that technology in order to allow ships to produce spares on board when needed, reducing the logistic footprint.

Back to the model of what is known as SMART 4000, the number being the approximate displacement of what is the first of a series of designs that will range from smaller platforms of around 2,000-2,500 tonnes, up to 8,000-10,000 tonnes vessels.

“This is our vision of what might be a future surface combatant vessel in 10-15 years time,” Juan Antonio Clemente Fernández tells EDR On-Line; he is part of the Engineering Digital Transformation, Ship Concept Design Office within the Digital Transformation and Technology Directorate. “This model is that of an escort vessel that will be fitted with a hybrid diesel-electric propulsion, although we are also looking at different kind of propulsion, that will have a maximum speed of around 25 knots,” he adds. The model shows the adoption of Voith Linear Jets (VLJ); this solution has a number of advantages according to its manufacturer, among which the limited number of moving parts, which makes the system robust and easy to maintain, while the nozzle and rotor profile, which are specially adapted to the ship, generate extremely low noise and vibration emissions, Mr. Clememte adding that they are also suited for electric propulsion. Alternatively pod propulsion might be adopted, should manoeuvrability become a priority, the current design being fitted anyway a double bow thruster. All electric propulsion is being considered for different types of mission profiles, mostly those at low speed, while to reach full speed hybrid propulsion will be used.

Key design parameters were stealthness, which as far as radar cross section is concerned is ensured by the shape of the unit, and the capacity to deploy unmanned systems operating in the air, on the surface and underwater, which will extend the reach of the ship itself in terms of sensors and effectors. “All the rear of the ship is dedicated to this multi-mission role,” Mr. Clemente explains. What should be a flight deck is occupied by two containers, one possibly containing UAVs while the second might host additional missile launchers, a ramp for a tactical UAV being also visible. A huge hatch on the starboard side will allow to launch Unmanned Surface Vehicles, while according to Mr. Clemente a further opening, located under the waterline, will be used to deploy unmanned underwater vehicles.

The centre of the ship hosts the operational heart of the vessel, the combat information centre and other operational rooms being in and under the superstructure, Navantia aiming at integrating information as much as possible. Currently the estimated complement of the SMART 4000 is of around 70 people; “however we are studying where functions can be replaced by autonomous systems working under human supervision, which can be developed thanks to the most recent technologies, and this should allow us to further reduce the number of people on board”, the Navantia representative says.

The superstructure is fitted with flat panel AESA antennas, the aim being to have only a few non flat-panel antennas on board, among them some for electronic warfare systems installed on the ship mast.

Moving towards the bow, the section ahead of the superstructure host the berthing and living areas, the ship weaponry being located forward of the crew accommodations. A 76 mm gun is located at the extremity of the ship which length is around 120 meters, while just before it we find four 16-cell vertical launch systems, “however we should not forget that those are complemented by the effectors carried by unmanned systems,” Mr. Clemente underlines.

The hull shape was designed by Navantia hydrodynamic engineers with speed as a priority, and features a wave-piercing bow. “We will certainly build a ship that will be used as a technology demonstrator,” Juan Antonio Clemente concludes, “however there is not yet a fixed timeline for this, although we might assume that it should become reality in a 5-10 years timeframe.” 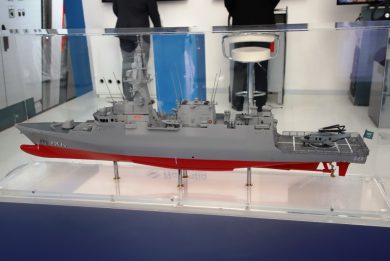 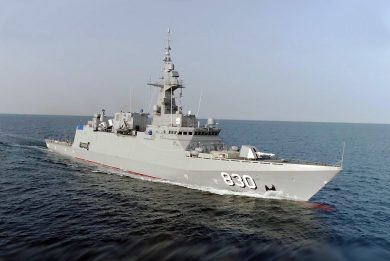 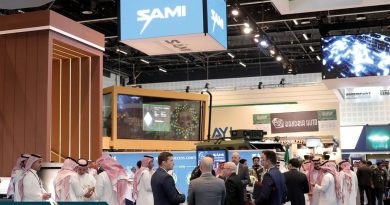