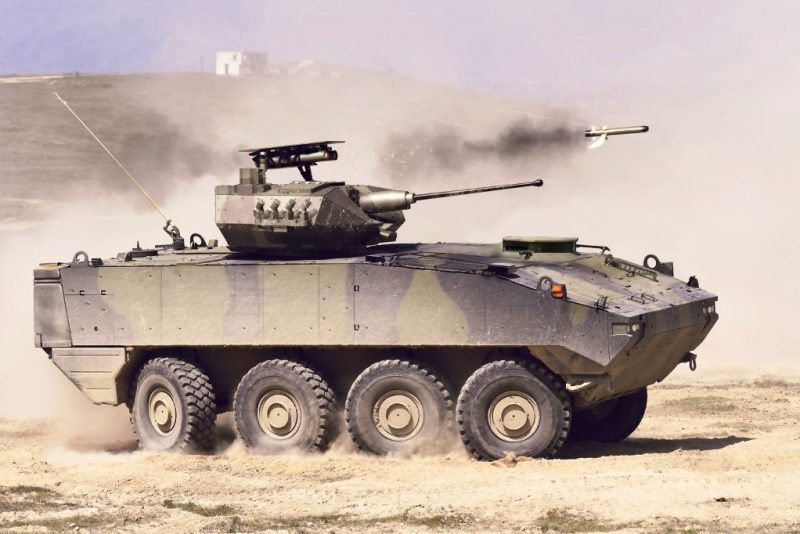 It is known as Tiger 4.0 and should bring the Republic of Korea Army (ROKA) into the future battlefield well equipped to fight opponents deploying next generation systems. A key element of that plan is the upgrade of ROKA armoured vehicles, first to improve their protection and firepower, then to improve their effectiveness trough a full networking based on BMS and radio.

DX Defense & Security Expo Korea, one of the few defence exhibitions that survived the pandemic, is opening its doors on November 18 in Seoul for a three-day business event, the publc day having been cancelled due to the health situation.

The exhibition being mostly aimed at land forces equipment, Tiger 4.0 will definitely be the top subject of the show, numerous competitors lining up for the incoming bid that should lead to the selection of a few companies, their proposals then undergoing a thorough testing period that will lead to the final selection.

Among those we find Rafael of Israel, which will showcase its Next-Generation Combat Vehicle Suite, NGCV-S in short. “The NGCV-S is something that we matured quite recently here in Rafael, and now we are offering it to South Korea,” Udi N., director of marketing, land manoeuvre systems directorate at Rafael tells EDR On-Line. A holistic and modular solution, many of its bricks having been developed to answer national military needs, Rafaels NGCV-S is scalable and includes all the elements that the Tiger 4.0 programme is looking for as far as vehicles modernisation is concerned. “One of our key advantages is that we offer a full solution coming from a single company, which makes things much easier for the OEM (Original Equipment Manufacturer) to manage the upgrade programme, the one-stop-shop solution making integration easier and mode cost effective,” Udi N. adds.

Rafael is probably the only or one of the very few companies that can offer a protection solution that includes active, passive and reactive system. “Our Trophy is a combat proven solution [with the Israeli Defence Forces], and following a weight and size reduction it can now be fitted from 6×6 to Main Battle Tanks,” Rafael’s active protection system customers having bagged orders from export customers, among them the US Army. The Haifa-based company was a pioneer in reactive armour elements, and is still improving its reactive and passive armour packages, reducing weight and increasing protection, which is now over Level 6, underbelly kits for improving protection against mines and IEDs being also part of its portfolio.

“In the lethality segment we propose our Samson family of turrets, of which we sold over 6,000 pieces in the last three decades,” Udi N. says, underlining that most of the customers belong to NATO. Light to medium calibre solutions are available, with the possibility of integrating the Spike 5th generation missile system, a solution already available on the Samson 30 RCWS, usually armed with the Northrop Grumman Mk44 Bushmaster II  30 mm chain gun. Beside the mid- to long-range versions of its Spike, which give the vehicle a considerable lethal range, Rafael is also proposing its Spike Firefly, the 3 kg MTOW rotary wing loitering munition with a 30 minutes endurance, capable to provide real-time situational awareness at distance before diving onto the target to destroy it; “We can install the Firefly launch tubes either on the turret or on the vehicle itself,” Udi N. explains, adding that those mentioned are the unclassified solutions that are being proposed, other remaining under wrap.

Adding those systems would certainly improve the South Korean combat vehicles capabilities, however the true force multiplier is the Battle Management System, which includes a number of solutions derived from those developed for the Israeli Carmel 8×8 programme. The work done by the company on digitised 3D scenarios and the digitisation of all sensors and effectors has led to the development of different systems, a key one being the Fire Weaver combat system that allows simultaneous connection of all sensors and shooters, in a fully GPS-independent environment as exact position is established by pixel correlation with the digital scenario. For more information please click HERE. Another system based on computer-vision technologies is the CT-Mentor, which allows precise navigation and localisation in GPS-denied environment also thanks to SLAM (Simultaneous Localization And Mapping) algorithms.

Combat Artificial Intelligence will finally ensure automatic mission planning and weapon selection, easing much of the burden from commanders and operators. All this thanks to the secure high-throughput link of the BNET software defined radio family, ensuring very high speed broadband transmission of voice, data sand video signals. “Our solution will be installable on all ROKA armoured vehicles, as it is fully modular, and we aim at providing the Army with a multiplatform system,” Udi N. concludes saying that the next step will be to bring the system to upper levels, linking Army manoeuvre elements with higher headquarters and then to Air Force and Navy assets. 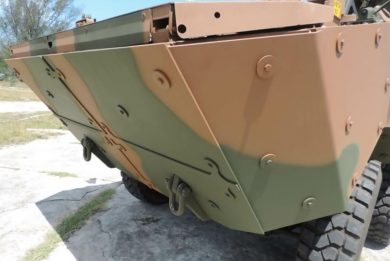 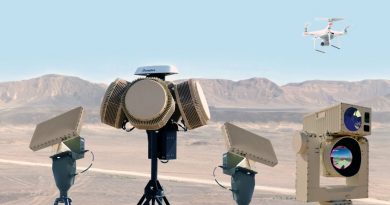 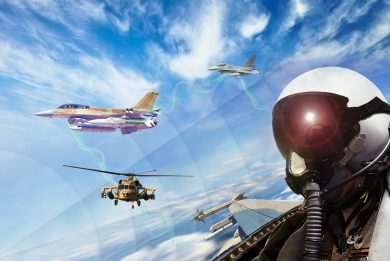