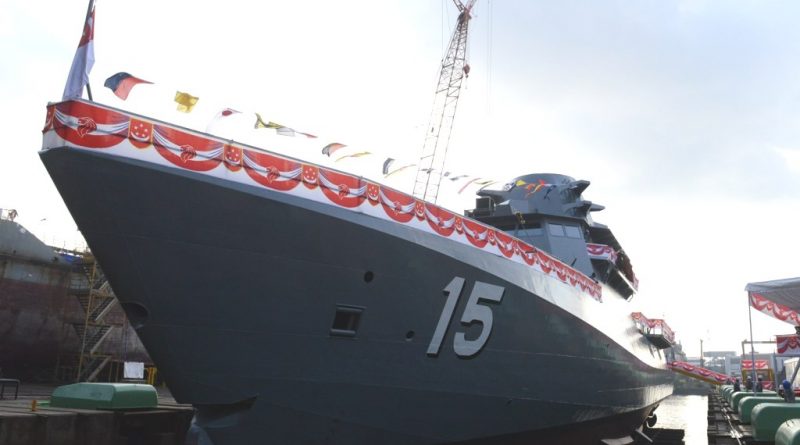 Singapore, 26 January 2019 – The Marine arm of ST Engineering has successfully launched the final of eight Littoral Mission Vessels (LMVs), Fearless, that the Group has designed and built for the Republic of Singapore Navy (RSN).
The launching ceremony was officiated by Mr Heng Chee How, Senior Minister of State for Defence, at its Benoi shipyard, where all eight vessels were built. In accordance with naval tradition, the spouse of Mr Heng, Mrs Heng Soon Poh, was the lady sponsor to name and launch the final LMV. Senior officials from the Ministry of Defence (MINDEF) and the Singapore Armed Forces were in attendance to witness the ceremony.

“Today marks a major milestone in the shipbuilding history of ST Engineering. Six years ago, together with MINDEF, RSN, and Defence Science and Technology Agency, we embarked on this journey to design and build these eight state-of-the-art Independence-Class Littoral Mission Vessels (LMVs). This is the last of the eight to be launched and named. For this project to come to this stage is yet another testament to our deep engineering capabilities in large-scale engineering projects,” said Ng Sing Chan, President, Marine, ST Engineering. “I would also like to extend my congratulations and heartfelt appreciation to all in the defence eco-system who have put in years of hard work and dedication to make this project such a success. The deployment of the Independence-Class LMVs by the RSN will ensure that our sea lines of communications are kept open for international trade and put Singapore in a prime position in maritime security.”

ST Engineering was awarded the contract by MINDEF in 2013 to design and build eight LMVs for the RSN. The fleet of eight LMVs will replace the Fearless-Class Patrol Vessels, also designed and built by the Group in the 1990s. 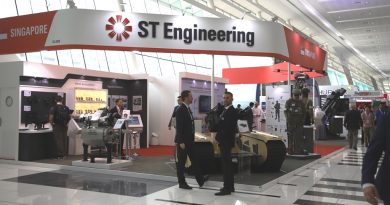 IDEX 2019: a first for ST Engineering

Bronco 3 at Ivalo: Singapore on Ice! 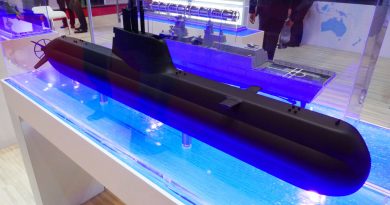