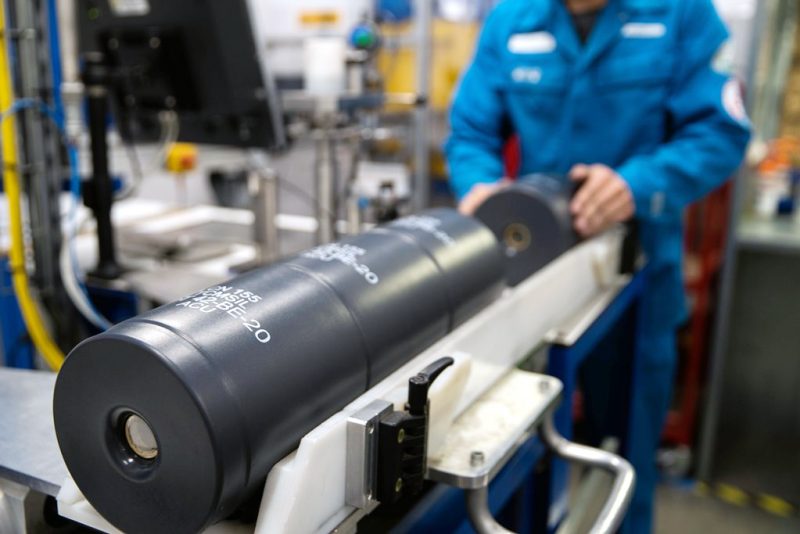 Sorgues, January 6, 2023- In order to strengthen its position as European industrial leader and to accelerate its development in France and internationally, the EURENCO Group is changing its organization.

From now on, the companies of the Group will all communicate under a single logo: EURENCO. The corporate names of the companies now all include the EURENCO brand in their name, associated with their geographical location. The transfer to EURENCO France of the activities and personnel of MANUCO and Société Nationale des Poudres et Explosifs(SNPE) is also a key step in this reorganization. These transfers follow the end of SNPE’s operational activities for the benefit of the GIAT Industries Group and the acquisition, in July 2021, of the entire capital of MANUCO, the European leader in nitrocellulose manufacturing.

EURENCO thus becomes a full-fledged Group in the portfolio of the French State Holdings Agency (Agence des Participations de l’Etat) by leaving the scope of the Giat Industries Group.

All of the Group’s operating companies are placed under a Group holding company, which remains under the management of Thierry FRANCOU and his Board of Directors. Yves TRAISSAC has been appointed Chief Executive Officer of EURENCO France in addition to his current duties as Group Deputy General Manager in charge of operations.

This reorganization concludes the first phase of the transformation plan launched in 2019 at a time when the Group’s purpose, “a key player in the Defense sector serving sovereignty”, is taking on its full meaning.

In addition to the first concrete results of the plan, which have led to a 40% increase in revenues to more than €300 million and the net creation of more than 200 jobs over the period, EURENCO is taking a key step in the evolution of its brand, serving its customers, partners, shareholders and employees. This new organization will enable us to:

For Thierry FRANCOU, Chairman and CEO of the Group: “Being united under a single name is a great way to strengthen the feeling of each of EURENCO’s 1,100 employees of belonging to the same international Group, united and sharing the same values. This evolution allows us to federate our efforts and to concentrate our investments in order to accelerate the Group’s growth”.