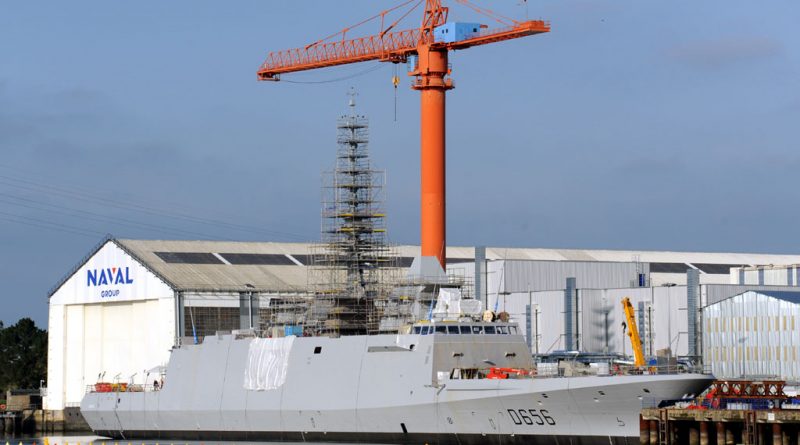 On 18 April 2019, Naval Group launched at the Lorient site the seventh FREMM frigate. The latter, named Alsace, is the first of two FREMM DA or Frégate de Défense Aérienne (Air Defence Frigate), the other being the Lorraine, their delivery to the French Navy being planned respectively in 2021 and 2022. EDR Online got the opportunity to visit the ship under outfitting.

According to French Navy’s plans the two DA will be the last FREMM platforms to be built for the service, in addition to the two frigates sold and today in service with Moroccan and Egyptian Navies. The two FREMM platforms with reinforced AAW capabilities will replace the two F70 AA-type air defence frigates Cassard and Jean Bart, which entered service respectively in 1988 and 1991. The Cassard completed its last operational deployment last March before being prepared for decommissioning, while the Jean Bart is expected to be retired in two years’ time.

The FREMM DA programme dates back contractually to 2008, with the start of the Alsace construction in 2016, its keel laying on February 2018 and the launch last April. As a prototype of the FREMM DA variant, the Alsace required more time to be built compared to previous FREMM ASW platforms (14 months against 12), and featured important developments regarding the combat system, its sensors and weapon systems, in order to become an AAW platform capable to control a wide air space and protect high value platforms such as the aircraft carrier and the amphibious helicopter carrier against both air- and surface-launched missile threats.

After being launched, the platform was transferred on the left side of the Scorff river, which divides the Naval Group’s Lorient site, to complete construction, and for the main outfitting. The Alsace FREMM DA is the first ship built and outfitted according to the new shipbuilding process adopted at the Lorient site in order to streamline and improve the overall efficiency: to do so the ship spends more time on the left side of the river, closer to the shipbuilding area, before moving on the right for final outfitting and sea trials. According to plans, the latter activities are expected to begin in early Q2 2020 to allow ship delivery in Q1 2021. The Lorraine will be launched in 2020, will begin sea trials in 2021 and will be delivered in 2022.

To accomplish its main AAW mission, in addition to the ASW and ASuW operations, the FREMM DA differs from previous FREMM ASW for a more capable Combat Management System that includes a dedicated air defence module, sensors and communications suites, as well as for the air defence missile system, in addition to augmented accommodations. To defend a wider air space around the protected naval groups based on the aircraft or amphibious helicopter carriers, the Thales Herakles multifunction radar, already installed on the FREMM ASW variant, has been enhanced to provide more power and longer surveillance and detection ranges. Neither the industry nor the French Navy provided any further detail on those enhancements. Moreover, the communications rear mast has been redesigned with a smaller central body to optimize detection performances. The engagement capability of the MBDA air defence missile system has been improved with the combination of Aster 15 and 30 munitions as well as the adoption of four 8-cell Naval Group A50 VLSs for a total of 32 munition. The FREMM ASW platforms are equipped with two 8-cell A43 (Aquitaine, Provence, Languedoc and Auvergne) or A50 VLS (Bretagne and Normandie) for Aster 15 and 30 (the two latest FREMM ASW) and two 8 cell A70 VLSs for the MBDA Missile de Croisière Naval (MdCN) or Naval Cruise Missile. The latter have been deleted on the FREMM DA due to its primary AAW mission.

Thanks to the mix of Aster 15 and Aster 30munitions, the new air defence platforms have longer engagement coverage as well as better anti-missile capabilities in certain demanding scenarios. Moreover, thanks to the Veille Coopérative Navale (VCN) concept, under development for the French Navy, similarly to the US Cooperative Engagement Capability (CEC), the platforms will be able to fire on a target detected and tracked by another platform, allowing them to be part of a wider air defence network and potentially of the ballistic missile defence (BMD) architecture.

An enhanced communications suite is also part of new mission requirements, to better manage the air traffic as well as airborne defence assets. Moreover, as the French Navy’s SIC 21 information and command system will be replaced by the SIA (Système d’Information des Armées), the second FREMM DA will be the first ship to be equipped with the Syracuse IV SATCOM suite with different antennas and enhanced capabilities that will replace the current Syracuse III.

All will be managed by a modified Naval Group SETIS CMS, which in addition to air defence functionalities and module, will see a rearranged Command Operation Centre (COC) to cope with air defence mission management requirements. The current two half-circle with fifteen operators’ consoles will be enlarged to introduce three additional consoles, taking the overall consoles number to 20 units, counting the one installed on the bridge and the one devoted to the management of unmanned air systems. As planned by the French Navy, the in-service vessels will be equipped with UAVs around 2030. The new CMS functionalities and COC arrangement development are being supported by a dedicated integration platform at the Naval Group’s Toulon site.

The increased number of personnel embarked for the main new mission required to augment accommodations to 165, compared to 145 of the FREMM ASW, with a 120 crew complement (vs 109) and the remaining devoted to the flight detachment (around 15 people) and other operations (naval infantry, special forces, flag staff). This required to rearrange accommodations areas and to introduce six-bed cabins.

The FREMM DA will maintain its multirole nature with ASuW and ASW capabilities, respectively offered by the MBDA MM40 Exocet Block 3 and the underwater warfare package including the hull-mounted Thales USM 4110 as well as the CAPTAS 4 towed system combining low-frequency active sonar and passive array. The FREMM DA will also maintain the capability to embark a helicopter, including the NH90 Caiman Marine ASuW/ASW equipped with MU90 lightweight torpedoes, the latter being also deployed by the twin-launchers equipping the platform. The FREMM DA will also maintain the Special Forces boats accommodations capabilities.

As remarked by the French Armed Forces Minister Florence Parly during the Normandie FREMM ASW launch ceremony last June, the FREMM programme is the largest European naval project, and is characterised by the successful industrial collaboration with Italy since the 2000s; the programme is led through the OCCAR international procurement and management agency, which also created the conditions for the success of programmes such as the MUSIS observation satellite and the Tiger combat helicopter.

In addition of being at the edge of technologies, the FREMM programme allows the continuous and progressive integration of innovations. “At the forefront of cyber defence, she is equipped with the Aster 30 missile that is the latest asset of air defence, and features unprecedented interoperability thanks to new tactical data links, the FREMM Normandie being thus ready to meet the new operational challenges that lie ahead”, said the Minister adding that the programme is designed to continuously benefit the frigates in service of the latest development capabilities.

“The first ‘update’ is already scheduled: as early as 2021, the in-service FREMMs will benefit from the Veille Coopérative Navale (VCN) or naval cooperative watch capability: pooling the data of all the radars of a force will be a true asset of information superiority for the French Navy, which will be able at a glance to become aware of its direct environment”, highlighted the Minister.

“This gradual integration of innovation will continue after the last delivery. Experiments have already begun in the field of predictive maintenance, and the integration of drones is also under study”, she continued, remarking also FREMM air defence capabilities, with the last May 12 event off Scotland, when “the FREMM Bretagne intercepted a supersonic target with a diving trajectory, which detection by radar is particularly critical”.

Moreover, during the “Gabian” training exercise, on September 2019, the Horizon-type air defence frigate Forbin engaged a target with an Aster 30 missile using a radar track shared via data link with the FREMM frigate Languedoc, a successful “first” for the French Navy. According to the service, “this cooperative engagement”, thanks to the VCN under development by the French Directorate General of Armament (DGA), “validates the robustness of the data link architecture between its surface combatants to share the tactical situation and to demonstrate the cooperative capability of the (Navy’s) vessels to ensure air defence at sea in combat situations”. 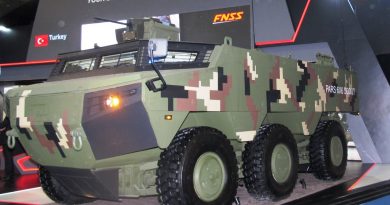 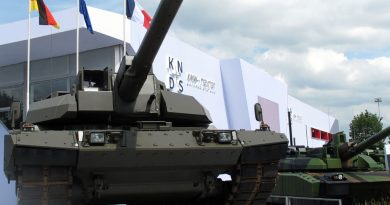