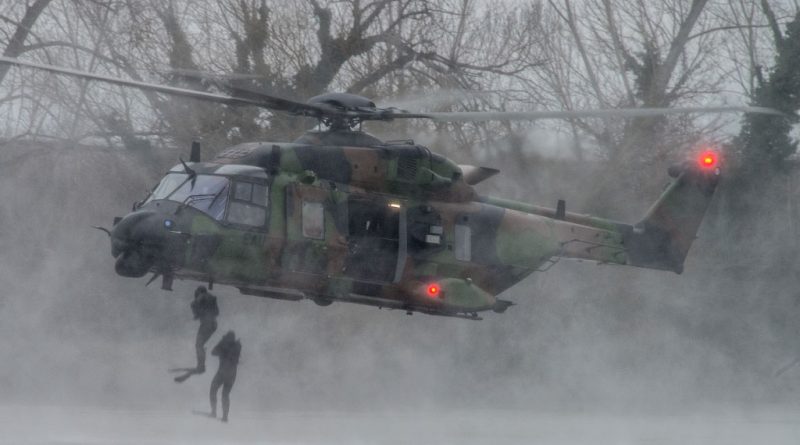 The contract concerns the “wide field of view camera”, an innovative technology developed by Safran under the “Eurofl’eye” name. Based on multiple sensors rather than on a single camera, the system will considerably improve piloting conditions in extreme situations. It will also allow independent fields of view for the pilot and the co-pilot.

The study will include ground tests followed by flight tests on simulators and on flying test bench helicopters and DGA Istres.

Further improvements are foreseen within embarked optronics: the adoption of a gyrostabilised gimbal of the latest generation developed by Safran, the shift to a digitised pilot’s helmet provided by Thales.

The military programming law 2019-2025 includes the NH90-TTH Special Forces helicopter development, a total of 10 being the target, six to be delivered by 2025