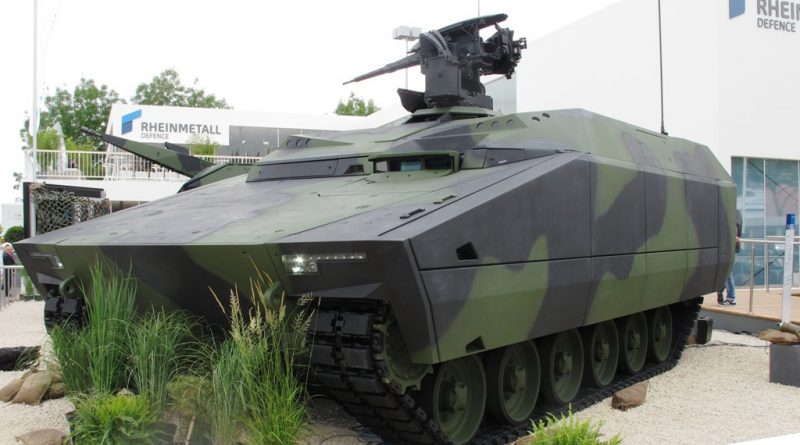 In the night between Tuesday and Wednesday it took three and a half hours to Rheinmetall technicians to fully transform the KF41 in a Command Post vehicle. The vehicle featured a raised roof, allowing having a 1.8 meters height in the rear compartment that hosts four military as well as all racks containing computers, radios and other electronic equipment. The two-man crew includes the driver and the commander, the latter being also in charge of the RCWS. The C4 vehicle is one of the two versions based on the raised roof configuration, the other being the ambulance vehicle, which can host two stretchers and four seats, the latter being used for medical personnel as well as for light casualties. 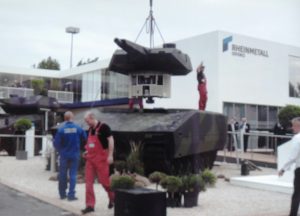 The low roof configuration is used for recovery, repair, and engineer variants, while three more variants are of the turreted type, Infantry Fighting Vehicle, Reconnaissance, potentially with mast-mounted sensors, and Engineer Recce, for IED reconnaissance. Those are the variants being proposed to Australia as part of the Land 400 Phase 3. It is to note that while the modular concept has not been accepted by many armies, the Australian one was the first to buy more modules than vehicles as part of the Boxer acquisition, showing the intention of re-roling its vehicles when needed. This should happen more among combat support rather than among combat versions. However according to Rheinmetall modularity has a considerable importance in streamlining the production process reducing development costs. 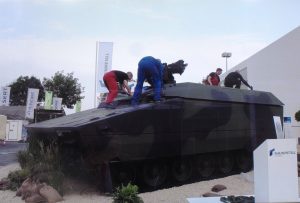 Apparently Rheinmetall technicians loved to change the vehicle configuration, as on Thursday morning the turret had emerged from the container where it was put on Tuesday evening and the KF41 was back to its combat role. What should we expect for Friday morning?