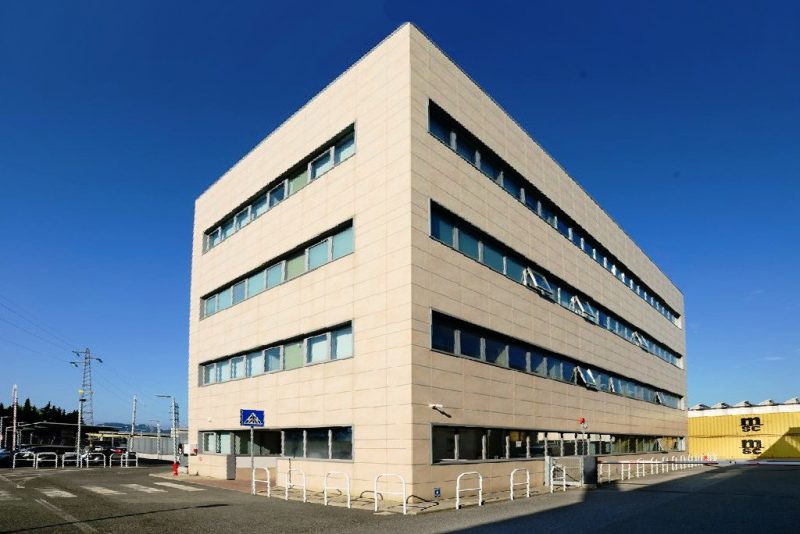 Created in the 1970s, the La Spezia plant was dedicated to the missile production and more specifically to that of the Teseo antiship missile developed by Oto Melara and Matra, better known worldwide with its export name Otomat. Thanks to an agreement between then Oto Melara and the Italian Ministry of Defence, the integration of pyric material and final tests were carried out in a dedicated space at the Aulla Joint Advanced Ammunition Centre, CIMA in Italian acronym, where live munitions were also stocked. In 2001 the La Spezia facility becomes part of the newly formed MBDA joint venture, being one of the three sites of MBDA Italia. The main facility in La Spezia is where inert systems are assembled, before being shipped to Aulla, slightly more than 20 km northeast of the coastal town, for final integration.

“We consider La Spezia site as the ‘home of MBDA Italia antiship missiles’ as its main activities have been related for long to two such products, the Teseo/Otomat and the Marte light antiship missile in their various evolutive versions,” Marco Gelli Teseo MK2/E Chief Engineer and Head of New Business, Italian Anti-Ship,| Weapons Systems Programmes at MBDA explains, adding that the facility is capable to deal with the whole life of a missile system, from the assembly, to the upgrade, to the disposal. The capabilities developed along the years include simulation tools for missile design as well as testing tools for integration and validation purposes. Along the years the facility has however been used also to assemble and integrate other types of missiles, such as the Aster family, the last addition to the production line being the CAMM-ER, while the Storm Shadow Mid Life Upgrade is also part of the site activities.

Not only the number of types of missiles that come through La Spezia is growing, but also MBDA Italy overall turnover is constantly increasing, although the company is not willing to unveil more detailed information on 2022 numbers at this time of the year. This means that manpower will also continue increasing in the next years at it happened in the past ones. Compared to the previous visit, in May 2018, the manpower of the La Spezia plant has considerably grown, stepping from 188 to 256 personnel, over one third increase in four years, the Ligurian plant representing slightly more than 15% of the overall MBDA Italia manpower. The forecast in terms of personnel is to reach the 300 mark at the end of 2023.

The facility does not host production lines in the real sense, but is mainly a research and development as well as an integration plant, where various subsystems come together to form a complete weapon system, as said mostly in the naval warfare domain.

The La Spezia facility has a key role in the design phase, carrying out system engineering work that defines the missile physical and functional architecture, as well as software design. Simulation is used in all development phases, the site being also responsible for mission planning tools. Subsystems integration and validation, assembly, pyric integration and testing represent the production cycle, La Spezia also ensuring Integrated Logistic Support for all the products issued from its lines.

At La Spezia we also find the Lambda Laboratory, the research branch of the facility, which in the past years developed HUMS (Health and Usage Monitoring System) that are now applied on new missiles, such as the CAMM-ER, as well as on new versions of existing missiles such as the Marte-ER, the Teseo EVO and the Aster B1NT. The HUMS allows increasing the shelf life of the missile as it permits continuous monitoring of critical elements, thus reducing ownership costs. Some of the current research programmes are aimed at Counter-UAS solutions as well as at directed energy weapons, both radio frequency and laser, to name only a few.

In the meantime another laboratory is developing new capabilities in synthetic environment, which are used for facilitating the analysis of customers’ operational requirements, as well as in the missile design phase and, once the weapon system is in use, also in training and logistic support, exploiting augmented and virtual reality.

To cope with the increase in business and in personnel, also the facility is growing. An old building was torn down and is being rebuilt while a neighbouring building has been acquired and will be refurbished in the two coming years to widen the facility.

The increased activity will also lead to the opening of a further site where pyric integration will be carried out. In mid-July 2022 the Director of the Italian MoD Defence Industry Agency, Nicola Latorre, and MBDA Italia Managing Director, Lorenzo Mariani, signed an agreement for the creation of a new MBDA integration facility inside the Military Establishment at Noceto di Parma, 110 km from a Spezia and slightly over one hour drive. Although the final plans have not yet been frozen, this new facility should host the CAMM-ER integration line as well as Storm Shadow MLU operations.