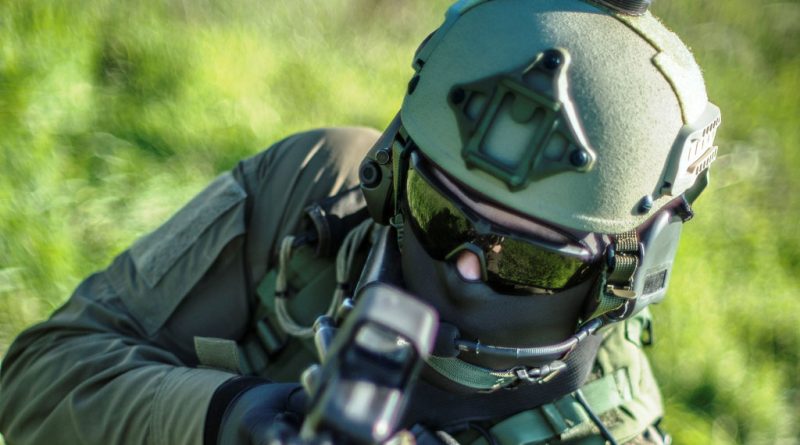 Avoiding blue-on-blue incidents remains a key issue among ground forces, where typically the fog of war tends to be much higher than at sea or in the air as the number of actors is bigger, including non-combatants. Various systems have been developed, Thermal Beacon of Israel having gone for a solution which technology is implicit in the company name. Two main systems are available, one for vehicles and one for soldiers. At the Paris exhibition the company proposed the two latest evolutions of its systems, the soldier one being known as MS OMR II c. 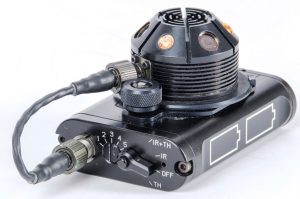 The system is made of a control box, weighing 255 grams without batteries, and a beacon, located over the helmet, which weighs only 70 grams. The latter emits a signal in the upper hemispheric space on the 3 – 12 µm, most efficiently in the 3-5 µm band, allowing mid-IR and long-IR thermal imagers to pick-up the signal at distance. According to the company an uncooled thermal imager operating in the 8-12 µm band can pick up the signal at 250 meters using the narrow field of view. The distance increases dramatically when shifting to cooled sensors operating in the 3 – 5 µm band, a camera with InSb detector and 250 mm lens picking up the soldier equipped with the MS OMR II c at 3 km distance, airborne systems further increasing it up to 15 km; in fact a recent experiment has shown that this range can even be much greater, the system having been identified from an altitude of 18 km by a Rafael pod. 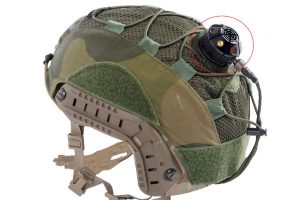 The thermal pulse is invisible to Gen I to III image intensifiers; however should the user need to be identified by NVGs, an IR channel is available emitting in the 0.8 µm, both thermal and IR being also usable simultaneously. The MS OMR II c repetition rate can be selected by the operator, five predetermined frequencies between 0.5 and 2.5 Hz being available. The system is powered by four CR 123 batteries providing 2 hours operational time. The MS OMR II c is the latest evolution, its predecessor having been acquired also by numerous NATO forces for its Special Forces as well as for JTACS. 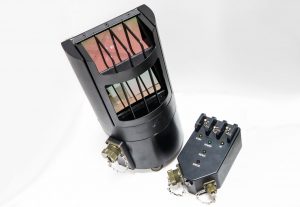 Thermal Beacon also exhibited the Mark V, an all-in one beacon, which adds to the Mark IV, split between beacon and control box. Although with around half the range of the Mark IV, 2 versus 4 km with an uncooled sensor and 3-5 km versus 8-9 km with a cooled ground sensor, it is however much lighter, 1.8 kg versus 6.4 kg, can be used also by the infantry, being powered by 8 batteries, and is very easily integrated in a vehicle, the Mark IV remaining however the dedicated vehicle product, which can also be installed on buildings and sailing vessels.