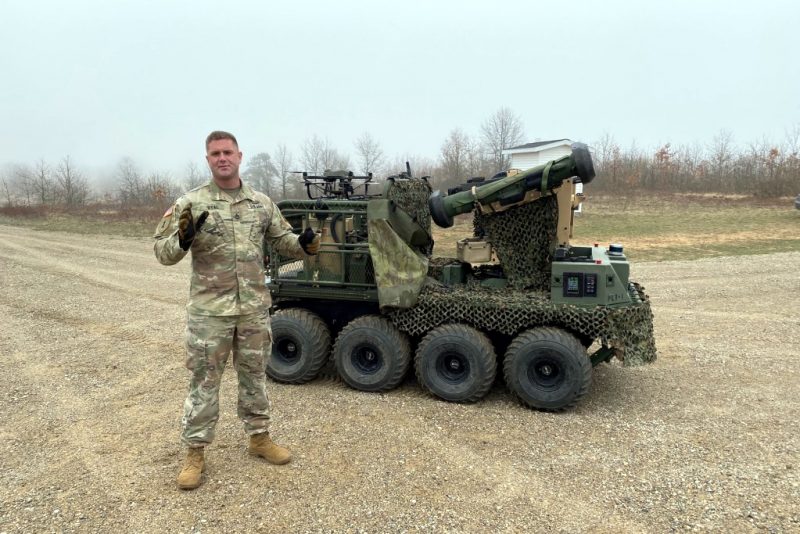 The latest waypoint was a successful two week-long live fire exercise utilizing the Project Origin platform, a robotic combat vehicle (RCV) surrogate system supported by the Next Generation Combat Vehicles Cross Functional Team (NGCV CFT) and the U.S. Army Combat Capabilities Development Command Ground Vehicle System Center (GVSC), both of which are based at the Detroit Arsenal in Michigan. Supported by Soldiers from A Company, 1-28th Infantry, 3rd Infantry Division, Fort Benning, Georgia, the team engaged in a series of fire events in which Soldiers remotely controlled the weapon systems on the Project Origin platform to fire on both line-of-sight and non-line-of-sight targets.

The Project Origin vehicle is a surrogate system designed for experimentation to support the development of RCVs. Using a remote control from behind a berm, Soldiers relied on optics from the Project Origin vehicle’s tethered Unmanned Aerial System (UAS) to find targets. Utilizing M249 and M2 machine guns and the MK19 grenade launcher mounted on Origin, Soldiers were able to locate enemy vehicles and have rounds on target with no more than two corrections.

Soldier feedback and engineering changes will bring rounds on target immediately or with one correction in the near future, said Todd Willert, project manager for Project Origin at GVSC.

“The system worked very well. Right now, today, even in its status as test platform, this would bring a significant new level of lethality to our infantry forces,” said Sgt. 1st Class Richard Dyal, a 1-28th Soldier who participated in the live fire.

The live-fire exercise benefitted from participation by the 1-28th Soldiers, who also participated in a series of exercises in November 2020 at Fort Benning. Then, the Soldiers experimented with the use of the Origin’s UAS system, smoke/obscuration module and autonomous drive functions.

“Having the same Soldiers engage with the Origin over multiple iterations reduces the learning curve, allowing us to spend more time testing systems and it also provides a constant level of feedback as the Soldiers become familiar with these systems and how they interact,” said Maj. Cory Wallace, RCV team lead for the NGCV CFT. “Every piece of data we collect with Project Origin informs the decisions that Army Senior Leaders will make with the development and employment of future RCVs in our formations.”
Getting the feedback directly from Soldiers in an operational unit is critical to the process.

“If we are developing systems that are not of use to our Soldiers – that’s not in anyone’s best interest,” Willert said. “Each of these touchpoints are designed to have the actual operators engage with the system and be able to say ‘here’s what works’ and ‘here’s what doesn’t.’ After each of these touchpoints, we learn more and we make the tweaks necessary to provide more capability to the Soldiers.”

While the Camp Grayling event focused on the use of the UAS with the weapons system, Dyal said another utilization for UAS with RCVs is becoming increasingly clear – that of re-transmission of signals between distant Army teams on the same battlefield.

“If I can put up the UAS to re-transmit, while keeping my soldiers under cover and gaining 360-degree situational awareness based on what the UAS is able to see, I’ve greatly decreased the risk to my Soldiers and increased the ability of our units to communicate with each other,” he said.

Willert said the experimentation further proves the benefits of adding RCVs to the Army.

“This event highlighted the manned / unmanned teaming concept utilizing the ground and air domains to effect threats while increasing survivability for the operating force,” he said.

Future testing with the Project Origin system will include shoot-on-the-move engagements.

“We continue to test capabilities and the Origin continues to exceed expectations, both in the lab setting and in the field. The input from our Soldiers is validating every step in this process,” Wallace said. 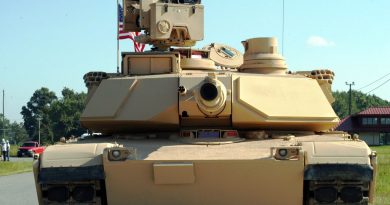 PROTECTOR CROWS; keeping soldiers safe for more than a decade

18/09/2019 Paolo Valpolini Comments Off on PROTECTOR CROWS; keeping soldiers safe for more than a decade 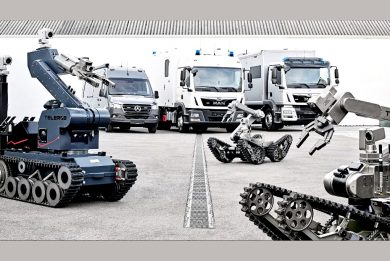 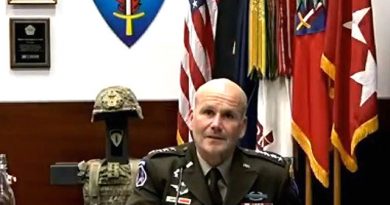 AUSA Noon Report: the US Army in Europe and Africa, the CG view

08/02/2021 Paolo Valpolini Comments Off on AUSA Noon Report: the US Army in Europe and Africa, the CG view