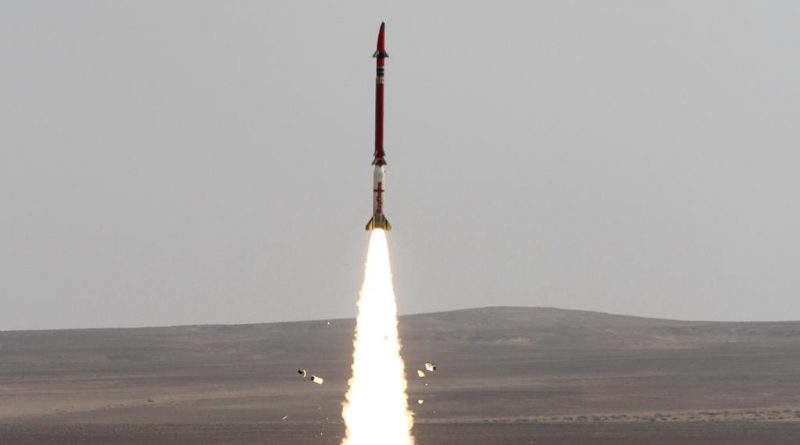 Rafael’s Chairman: These achievements reflect our unique ability to combine our work as a defense high-tech company with critical contribution to Israel’s security while posting profit and international business growth

Rafael’s President & CEO: In the past year we have made more breakthroughs both in technological achievements and in marketing performance. Our high order backlog enables us to continue to develop, manufacture and grow with additional M&A

Rafael Advanced Defense systems Ltd. develops and manufactures advanced defense systems for the IDF and the defense establishment in Israel and for many countries around the world, and conducts global partnerships.

Rafael is one of Israel’s three largest defense companies, with 7,500 employees and numerous subcontractor and service suppliers, indirectly providing employment for some 20,000 households. In 2018, Rafael recruited some 700 new employees.

In 2018 Rafael continued to develop, manufacture and market its systems and capabilities, providing users with end-to-end solutions for various air, land, naval, space and cyber requirements.

Some of Rafael’s major marketing achievements in 2018 include the US Army decision to equip its Abrams tanks with Rafael’s TROPHY Active Protection systems and its decision to purchase two Iron Dome air defense batteries. This joins various other wins, including the SPIKE 5th generation missile system to Australia and NATO countries, various domestic and international Cyber projects, teaming agreements with international companies, etc.

In addition, in 2018 Rafael continued its investment and professional development of its human capital, while maintaining its investment in R&D (8% of sales) and its significant cooperation with academic institutions, as well as the opening of new R&D facilities throughout the country, mainly dealing with cyber, intelligence, AI and other emerging technologies.

Approximately 45% of Rafael’s sales are intended for export to many countries in Asia, Europe, North America, South America and Australia.

In FY 2018, Rafael retained its S&P ‘A-‘ rating; outlook stable, and a local AAA ranking, the highest for an Israeli company.

President and CEO of Rafael, Major General (ret.) Yoav Har-Even stated: In the past year we have made more breakthroughs both in technological achievements and in marketing performance. Our order backlog enables us to continue to develop, manufacture and grow with additional M&A. In 2018 we saw continued investment in our human capital our R&D. Together they enable Rafael to develop, produce and market its advanced systems and capabilities that address the various needs and operational requirements in air, land, space, and cyber domains. Har-Even added: “The talent, creativity and professionalism, combined with tight company-client cooperation and understanding of the needs, are what enable us to make technological and operational breakthroughs and to carry out our strategy of teaming agreements and M&A’s.” Har-Even thanked the Board of Directors, the managers and the employees for working together and for contributing to the country’s security and to its economy.

Rafael’s Chairman, Dr. Uzi Landau stated that these achievements reflect Rafael’s unique ability to serve as Israel’s high-tech pillar of defense while posting profit and business growth.”Rafael continues to combine its role as a defense company and its service to the security of the State of Israel and to its economy, with its position as a robust, vibrant, business-oriented company, with remarkable achievements. Dr. Landau added that “these achievements are attributable to its 7500 employees who work to realize Rafael’s vision of serving as a main pillar in the security of Israel.” Dr. Landau expressed his appreciation and gratitude to the CEO, to the Board of Executives, to the Board of Directors, and to the employees, for their contribution to the security of the State of Israel and to Rafael’s continuing success in Israel and around the world.