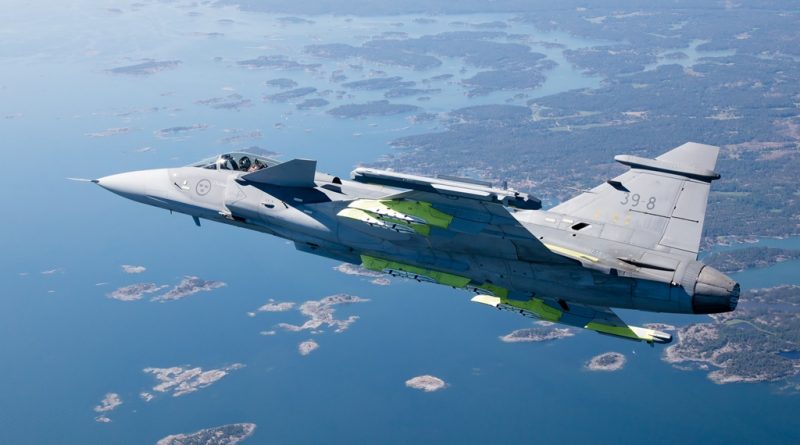 During the first half of 2018, Saab achieved important milestones in several large development projects.

Demand for high-tech defence and security solutions remained strong in the first half of 2018. Security concerns and rapid technological developments have led to increased investment in defence materiel in many regions of the world.

During the first half of 2018, Saab achieved important milestones in several major development projects. This includes the successful first flight of the new generation GlobalEye Airborne Early Warning & Control system and the launch of the Swedish Navy’s HMS Gotland submarine after a mid-life upgrade and modification. The Gripen E programme is also progressing as planned. Execution of major projects was a priority for Saab in the first half-year and will remain so going forward.

Order bookings of medium-sized orders were strong in the first half of 2018. In total, order bookings amounted to SEK 12.7 billion. A large order was received during the period for Gripen development and operational support worth SEK 1.4 billion. Large orders received in the same period of 2017 totalled SEK 10.7 billion. Interest in Saab’s products remains high. Sales amounted to SEK 15.7 billion with organic growth of 1 per cent. The business areas Aeronautics, Surveillance and Kockums saw strong growth driven by increased activity in major projects.

Operating income amounted to SEK 905 million (886) and the operating margin was 5.8 per cent

Operational cash flow amounted to SEK -2,750 million (-443), according to plan. The main reason for the negative cash flow was a high level of capital employed within the Gripen operations and utilisation of previously received advances and milestone payments.

The financial net had a negative impact on net income due to changes in market value of derivatives related to hedged tenders mainly in USD.

Our efforts to improve efficiency continued in the first half of 2018, at the same time that an analysis is underway to identify measures to further increase productivity. The aim is to launch them this autumn.