During Milipol 2017, CZ showcased the most recent iteration version of its P-10 pistols. On this new CZ version the modified Browning system slide locks into an enlarged ejection port, it has a partially pre-cocked linear striker, it is very safe despite the absence of a manual safety switch, and is fitted with a durable polymer body with interchangeable backstraps and a high-capacity magazine. 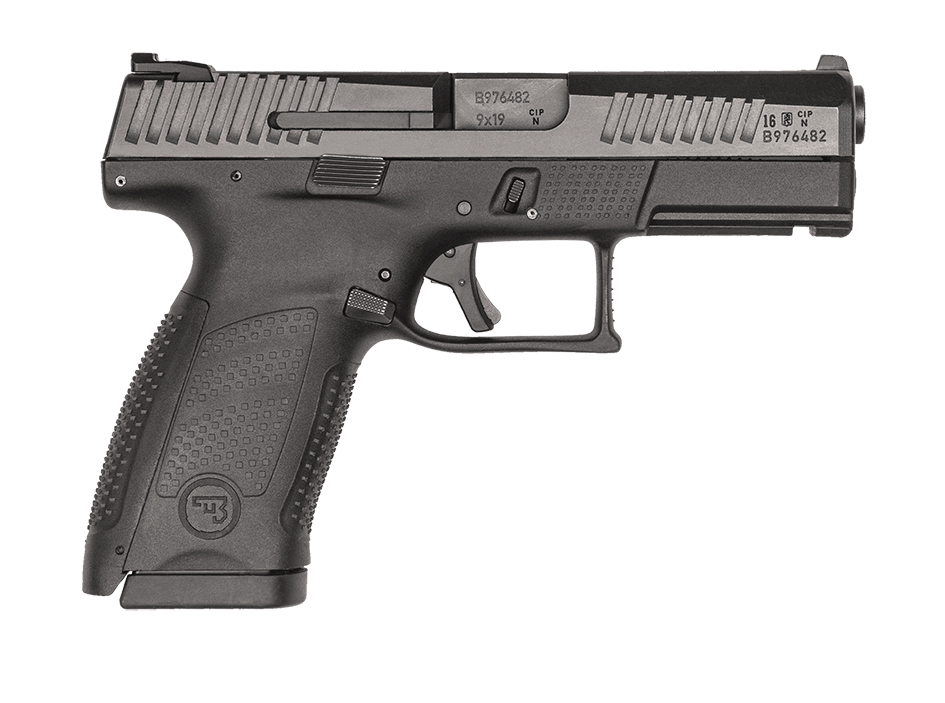 The representative at the CZ booth at Milipol explained “that the modern version of the CZ P-10 has two patents concerning the mechanism. The trigger mechanism brings an original way of applying principles so typical for CZ pistols, that is using the trigger as a single-arm lever. This system allows the forces to be transmitted “one-way”, creating an ideal situation. The result is a relatively short and completely smooth trigger travel with a linearly increasing pull weight reaching its peak point just before firing”.

The CZ P-10 offers a fully ambidextrous control of the slide stop and the magazine catch. Together with the ambidextrous magazine catch, CZ polymer pistols will now also have universal magazines with an additional opening in the front of the case. Apart from the striker -fired P-10, they can also be used for the CZ P-07 and CZ P-09 hammer models. As part of the changes, the new magazines have a distinctive red follower which is clearly visible through the ejection port when the slide is caught in the rear position and is easily spotted for example when dropped on the ground.

The new CZ P-10 was created as a comprehensive model series ranging from a full-size pistol to a subcompact. It should be mentioned that the frame of the CZ P-10, made from carefully selected material reinforced with glass fibre, is a result of the practical application of the latest scientific methods in industrial design.