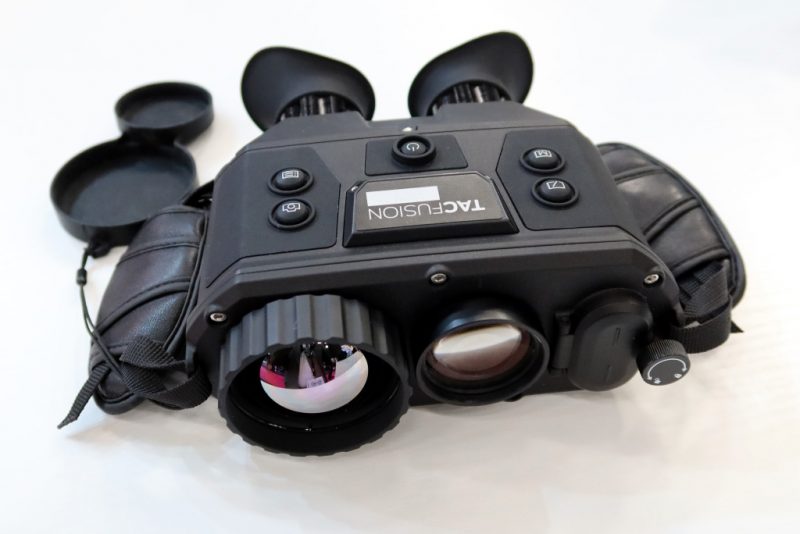 Homeland security forces have an increasing need of vision systems allowing them to see at some distance in all light conditions. Once limited to special units, this requirement has become true also for standard officers. To answer this requirement Photonis developed the TacFusion. A binocular solution that includes a low light channel and a thermal one in a system weighing less than 1 kg, which is available at an affordable price.

Both channels have a 20° horizontal field of view, which allows the two images to be easily fused. The LLTV channel is based on a 1280×1024 pixel matrix with a refreshing rate of 25 frames per second, capable to operate from daylight to starlight, to 2 mlux. The thermal channel features an uncooled sensor with a 640×512 pixels matrix. Both channels have a x4 digital zoom. Images are displayed on a full-colour high-contrast XGA screen (1024×768 pixels), three modes being available, low light, thermal and fusion. Detection, recognition and identification ranges are respectively of over 3 km, 1.2 km and 450 meters for a vehicle and over 1 km, 40o meters and 150 meters for a human being. Up to 200 minutes recording at 720 pixels definition or 90 minutes at 1080 pixels video can be recorded on the internal memory, a high number of snapshot being also recordable; to record a still image the operator must briefly press the top-right button, while to start recording a video this must be pressed for a longer time. To switch from one mode to another he presses the low left button until the right mode is selected.

The TacFusion is powered by rechargeable lithium batteries ensuring over 5 hours operating time. The new compact Photonis binocular, 164x182x73 mm, is IP67 protected, hence it is not a full military product. It includes a GPS, and can also be controlled via wifi through an app available both for Android and iOS monile phones.

For long range surveillance at the Photonis stand we could see the new SR750, developed together with SYT Technologies, the latter being responsible for the system while Photonis provides the sensor. This is a low light CMOS that is however available in two different forms, a black and white one operating on the 350 to 1.100 nm with a sensitivity of 10 mLux, and a colour operating in the 350-650 nm band with a 40 mLux sensitivity, both with a 1280×1024 matrix, pixel size being 9.7×9.7 µm. The video frame rate is 25 fps, the signal output being available both in analog or IP form.

Beside the Super VGA rresolution CMOS sensor the other key element of the SR750 is the x33 optical zoom, with focal length from 23 to 750 mm, with a field of view ranging from 15° to 0.9°. This coupling allows detection, recognition and identification of a vehicle respectively at nearly 20 km, 12 km and 8 km, and of a human being at 15, 8 and 5 km. The SR750 allows to extract the digital video signal via an RJF TV connector, an XLR connector ensuring power supply, video extraction, remote control, etc. The on board battery provides over six hours autonomy, however an internal buffer battery allows hot swap permitting to continue operating and recording while changing the power supply. The SR750 is provided with a motorised pan-tilt-zoom which allows remote control of the system. The SR750 is delivered with its protective hood, the system itself is IP66, dimensions being 450x130x130 mm, for a weigh of the optical system of less than 5.3 kg. A version with a  thermal sensor is also available. 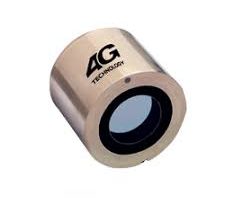 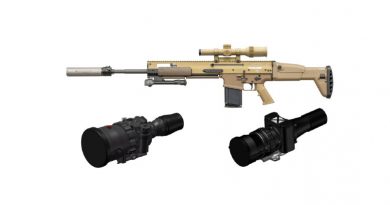 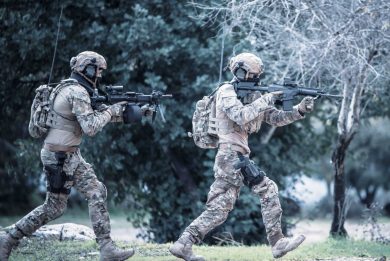