Pretty similar to the MQ-9 Reaper, but with a reduced payload capacity, Chinese Wing Loong II made its western debut in Paris, following its first flight last February. This 20.5 meters wingspan UAS fitted with winglets is powered by a turboprop has a 4,200 kg MTOW and a total payload of 680 kg, 200 kg carried internally, the remaining being carried under four pylons which were fitted with dual racks in order to increase the number of ordnance. With a 30,000 ft ceiling, the Wing Loong II can fly for up to 20 hours. Numerous payloads can be carried, electro-optic, synthetic aperture radar, ELINT, COMINT, jammers, etc, as well as weapons. In Paris the Chinese UAS was exhibited with a full panoplia of weapons including the YJ-9E radar guided anti-ship missile, CM-502, Blue Arrow 7 and TL-2 air-to-surface missiles, FT-9 and LS-6 guided precision bombs, among others. Capable to reach a maximum speed of 230 knots, the Wing Loong II is proposed to export following the success of the Wing Loong, apparently sold in some Middle East countries where non-proliferation agreements prevented western companies to export such type of MALE unmanned system. 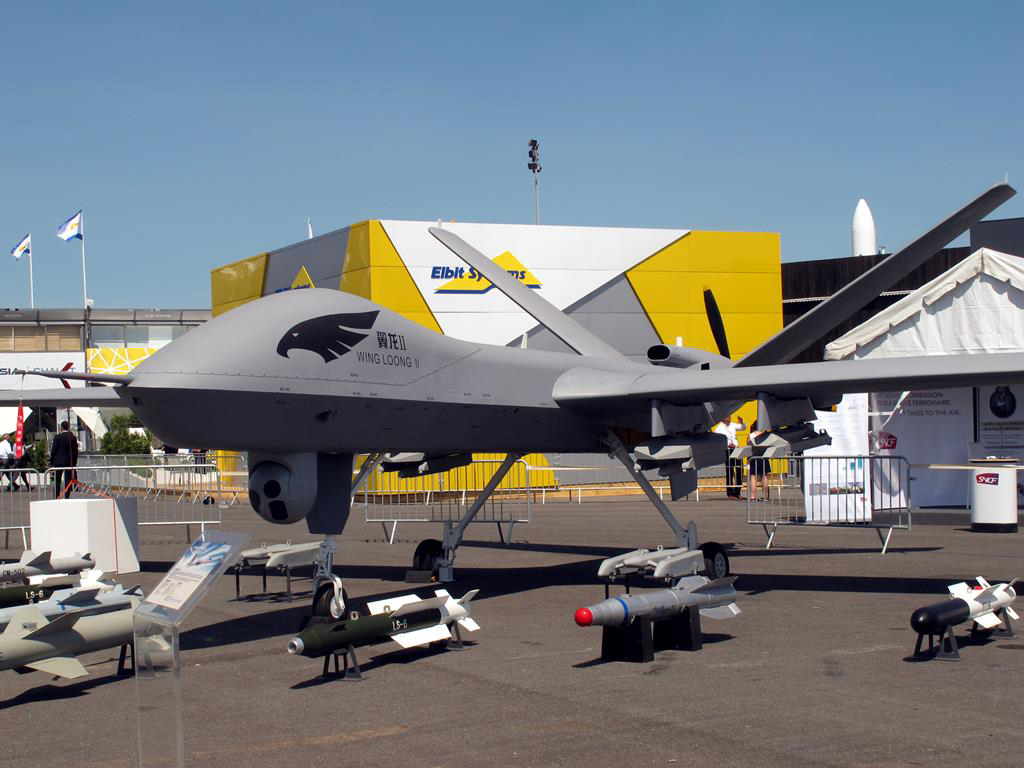