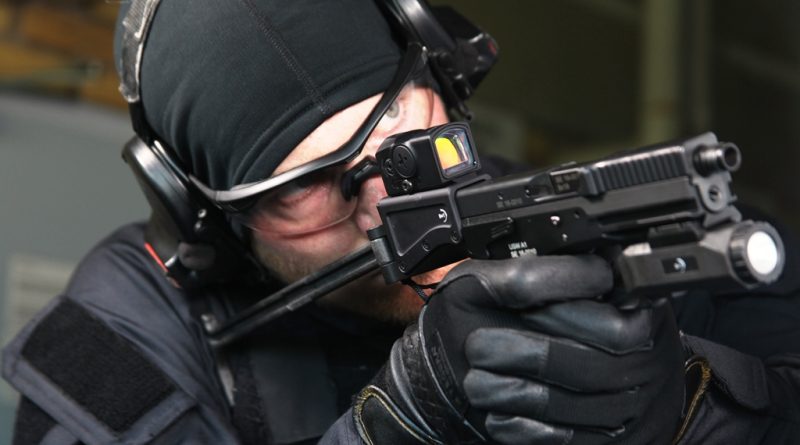 While considered for long backup or event last chance weapons, handguns are back in the military due to the increasing importance combat in urban terrain, tunnels, etc, where pistols are often the weapon of choice. Not to mention paramilitary use by police forces. Following the requests of its customers Aimpoint of Sweden, developed a new line of red dot sights known as ACRO (Advanced Compact Reflex Optic). Light and compact, they find their optimal use on pistols but can be attached also to other weapon platforms. 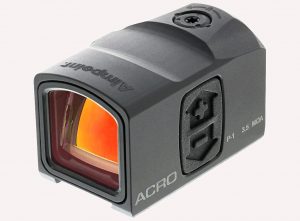 The first member of the family unveiled at the Paris exhibition is the P-1, a non-magnifying parallax-free optic that features a 3.5 minute of angle (MOA) red dot for fast target acquisition. A fully enclosed system, it is submersible up to 25 meters depth; at the front the sigh has a glass that is sacrificial, and can be replaced by the company in case of damage. The sight has 10 settings, four of them NVG-compatible and six for daylight shooting, the single CR1225 3 V lithium battery, which can be changed also when the sight is mounted on the weapon, ensuring an over one year operational life at setting 6. 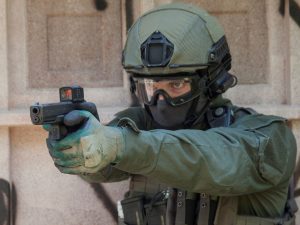 The ACRO P-1 has been ready for some time, Aimpoint deciding to launch it only after the end of the testing, the sight having been used on a Glock .40 pistol surviving to over 20,000 shots, tests having come to an end the week prior the opening of Eurosatory. The ACRO P-1 weighs only 60 grams and is designed to be directly integrated on pistol slides, mountings being however available for special applications. The ACRO P-1 is already in production, deliveries starting in August 2018, Aimpoint having already bagged some contracts. The sight is also available with a 6 MOA red dot.