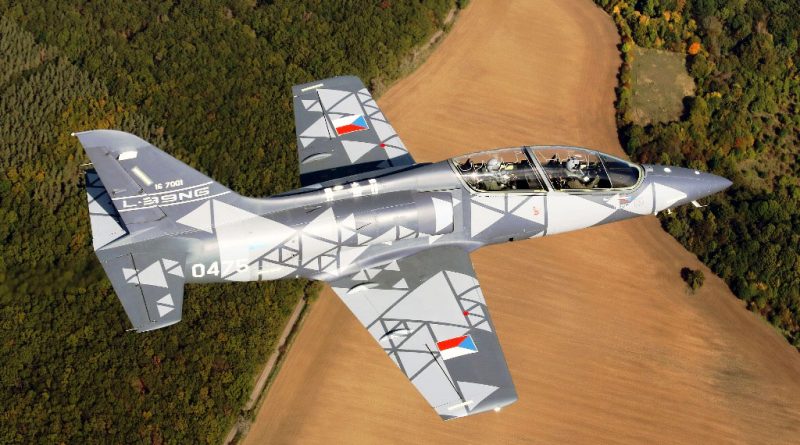 27 March 2020 – The new light jet trainer aircraft L-39NG from Czech aircraft manufacturer AERO Vodochody AEROSPACE a.s., opened the flight envelope up to the full range of expected heights and speeds by completing another series of flight tests. Based on the results, maximum speed of 490 KCAS / Mach 0.8 was permitted and maximum ceiling of 38,000 feet (11,580 meters) was allowed.

In configuration with a full integral tank in the so-called wet wing, the highest speeds achieved during flight tests were 509.4 KTAS (943.4 km / h) and Mach = 0.822. In terms of the flight test program, flight qualities and performances has begun, such as take-offs, landings, rates of climb, G-loads, fuel consumptions, etc.

“The L-39NG project team has completed a crucial and very challenging phase of the flight testing. After a series of ground tests, we successfully proved the airframe strength during the flight without any critical case. Thanks to these tests, we confirmed that the L-39NG design has exceptional robustness and stability,”said Jaromír Lang, chief designer of the L-39NG.

The opening of the L-39NG envelope was preceded by a set of flutter tests in order to verify the aircraft’s resistance and its structure ability to damp spontaneous oscillations induced by external aerodynamic forces in flight. During the flutter tests, the aircraft structure oscillations were initiated by small rockets at the wing tips or by impulses to the flight control system caused by the test pilot. Afterwards, an analysis of measured vibrations was taking place. For this purpose, the Aero test pilots completed a series of test flights at different altitudes and speeds. All those flights were performed by the first flight prototype with manufacturing serial number 7001. During the flutter test, a total number of 192 rockets were fired, including 144 rockets fired in flight and 48 rockets in ground tests. Total number of 352 measurement cases were made and analysed.

“We achieved significant progress in ground and flight testing so far. With two L-39NG flying prototypes in the air since middle of April plus our technical demonstrator, we are very well prepared for our remaining journey to certify the aircraft in the third quarter of 2020,” said Dieter John, President & CEO of AERO Vodochody AEROSPACE.

“Opening the flight envelope of the L-39NG is an important milestone not only for the whole project, but above all for our further dealings with our business partners and potential customers,” said Jiří Podpěra, President of OMNIPOL, the strategic partner of the L-39NG project with equal 50% participation.

L-39NG achieved additional successful results in ground tests. The static strength tests have been running since the middle of last year at the Czech Aerospace Research Centre (VZLÚ). On the second prototype with manufacturing serial number 7002, the strength test of the wing with combined load of torsion plus bending was done up to 100% of the ultimate load (150% of the limit load) without any damage. The wing strength test until structural failure will take a place in the first half of April. In the VZLU, the L-39NG already achieved destructive strength test of the fuselage and it was absolutely successful.

The L-39NG aircraft is a modern and effective light jet capable to serve in a role of light attack and/or unified, comprehensive training system for modern air forces. The L-39NG is based on the aerodynamic concept of the current L-39 with optimized features to reduce resistance and increase efficiency and utilizes the latest technologies and equipment. Power is provided by the modern FJ44-4M engine supplied with the TAP Blue engine support service to ensure unprecedented airworthiness and predictable maintenance costs. The aircraft’s avionics are prepared to train future pilots of 4th and 5th generation aircraft and can be tailored to the customer’s requirements. The L-39NG is equipped with five hard-points for weapons. The aircraft also features a broad range of simulation technologies, including the integration into high-tech tactical simulation centres with the goal to increase training efficiency. Strategic partner of the L-39NG project is the Czech company OMNIPOL by having 50% of share and financial contribution in the project. 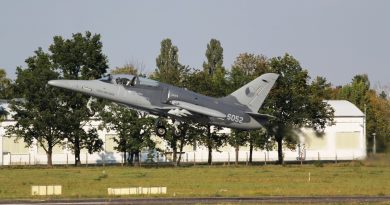 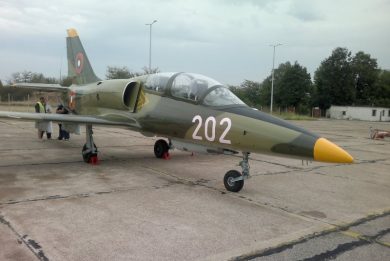