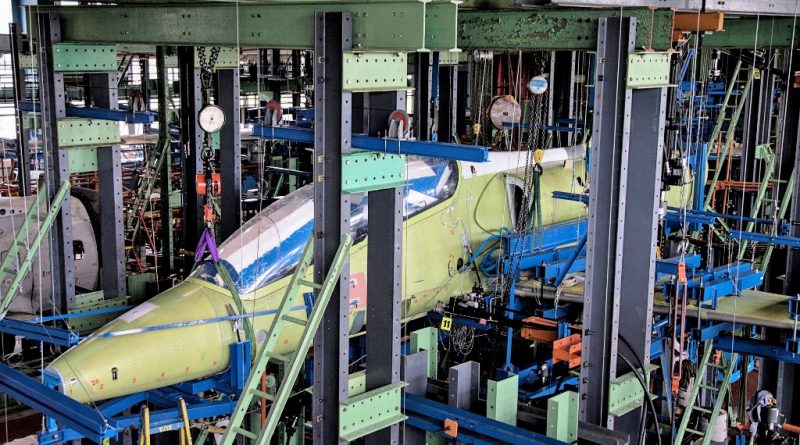 3 June 2020 – The fatigue test of the L-39NG jet aircraft, proving the service life of the new airframe in the length of 5,000 flight hours, has started in the Czech Aerospace Research Centre (VZLÚ).

The process of airframe tests will be performed by fatigue load sequence simulating the real operating loads of the aircraft. In total, up to five service lives will be tested, where 1 life (5,000 flight hours) will consist of at average 650,000 cycles. The number of proven service lives is in accordance with the European military regulation EMACC, which defines the rules for the L-39NG type certification.

Compared to its predecessor L-39 Albatros, the new generation aircraft should have three times longer lifespan. “Depending on how the aircraft is used, according to the loads on the structure during flights, the estimated life of the L-39NG is up to 15,000 hours, which is significantly higher than the lifespan of the L-39 Albatros. This is one of many arguments for our potential customers, confirming that their investment in the new aircraft will bring them great benefit,” said Dieter John, President & CEO of AERO Vodochody AEROSPACE.

For the purpose of the fatigue test, the company Aero Vodochody produced an aircraft with manufacturing serial number 7003. “The aircraft 7003 was delivered to VZLÚ in several parts. After installation of some testing equipment, it was assembled by experts from Aero. The testing equipment consists mainly of units for load transfer and balancing of own weight,” says David Novotný, the test engineer of VZLÚ responsible for this project.

The fatigue test at VZLÚ has begun on May 25, 2020 and will take almost two years. For the purpose of certification, Aero Vodochody has committed to test the first two service lives, which is expected by autumn 2020 thanks to the continuous run of the test, interrupted only by regular inspections.

The airframe was placed in a sophisticated test rig that will simulate operation of the aircraft through controlled loading of individual parts of the aircraft. The testing will simulate take-offs and landings, the flight itself, as well as various additional cases specific for aircraft with underwing weapons. Thanks to the 24/7 test regime, interrupted only by regular inspections, it is expected to prove the 1st and 2nd life by the autumn 2020.

The Indian Air Force signs up for 36 Rafale 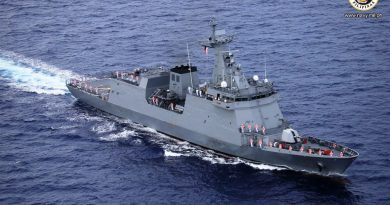 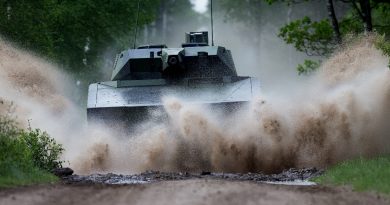