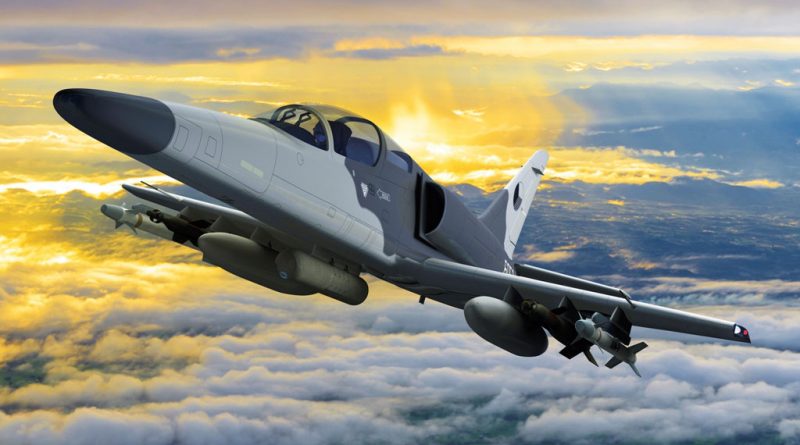 Hectic days at booth 1170, Hall 1, at FIA 2018; following the signature of two contracts for the L159NG the Czech company Aero Vodochody introduced, together with its Israeli partner Israel Aerospace Industries (IAI), the F/A-259 Striker, a multirole aircraft for close air support, counter-insurgency operations and border patrolling with interception capabilities. The Striker is heavily based on the L159 which Aero decided to decline in two new versions, the New Generation (NG) aimed at training, and the F/A-259 which becomes a single-seat aircraft developed for air-to-ground missions. The partnership with IAI allows to bring in the experience of the Israeli company in the upgrade of legacy aircraft, giving them a new life thanks to the adoption of completely new avionic and sensor suites. The NVG-compatible cockpit will feature two large colour multifunction displays, a full communications and navigation suite, and a real time data link allowing the aircraft to be integrated into a networked environment. 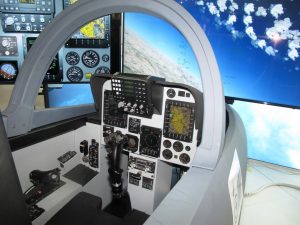 The aircraft has provisions for installing a radar, two options being proposed by IAI Elta, EL/M 2032 fitted with a mechanically scanned antenna, or the EL/M 2052 with an  AESA antenna, standard sensors being the radar warning receiver, the missile approach warning system being proposes as option as well as the targeting pod. SATCOM and coloured helmet mounted display are also optional systems.

While avionic has been completely changed, the aerostructure maintains a 90 per cent commonality with the original aircraft. The main changing comes in the wing: the old tip fuel tanks disappear, the new wing being “wet” as the 700 litres previously contained in the tips are now moved inside the wing, allowing to improve aerodynamics and reducing the drag. The rear seat and cockpit disappear, however the weight gained is invested in protection for the remaining pilot, who will seat in an armoured tub. The three pylons under each wing and the central one can host a great variety of weapons, such as dumb and guided bombs, unguided rockets, air-to-surface missiles and gun pods. Having removed the wingtip tanks, these can be fitted with rails allowing to install self-defence air-to-air missiles.

The maximum weight of external stores is 2,722 kg. It is to note that two of the wing pylons will be “wet”, that is they can be equipped with external fuel tanks, to further increase the range. Another major modification will come from the adoption of an air-refuelling system, while most other modification are related to the removal of obsolescence. The F/A 259 maintains the same engine adopted on the latest models of the L139, the Honeywell F124-GA-100, which provides over 2,850 kg and proved very reliable, Aero being in talks with Honeywell for increasing the MTBO as the engine overhaul has a considerable impact on operational cost. The F/A-259 Striker has a 9.75 meters wingspan and is 12.8 meters long, maximum ramp weight being 7,982 kg. The Striker can reach Mach 0.82, will have a maximum rate of climb of 52 m/s, and will be able to sustain loads of +8 g and -4 g. 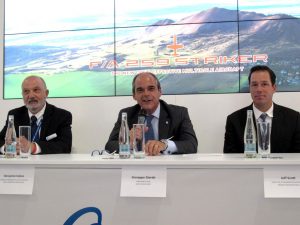 Speaking at the presentation Giuseppe Giordo, Aero Vodochody President and CEO, underlined the importance of the strategic partnership with IAI, Benjamin Cohen, General Manager of IAI Lahav Division being seated at his right. The F/A-259 is proposed to the Air Forces that deploy latest generation aircraft but need lighter aircraft, less expensive both to acquire and to operate, for use in asymmetrical conflicts. “We consider a global market of 350 aircraft of this class,” Giordo said, “and we think we can get around 200 of them.” Asked about the development roadmap, Aero CEO said that “it will be compatible with the US OA-X programme,” an open competition being awaited by year end. Aero considers that its aircraft can offer superior performances at a similar price of high-end turboprops, and that a higher speed is key when supporting Special Forces.

The Striker will be adapted to the US requirement, which for example do not include a radar, at least for the time being; the capability to install one at a later date is part of the inherent growth potential, something that a turboprop does not have. Giordo explained that the L159 did not took part in the OA-X flight demonstration in July-September 2017 due to problems with diplomatic clearances that prevented the aircraft to be flown to the US. The demo was attended by Embraer A-29 Super Tucano, L3 and Air Tractor AT-802L Longsword, Textron AT-6 Wolverine and by the Scorpion, also made by Textron and the only jet-powered aircraft. The latter was subsequently rejected, the requirement looking for existing aircraft while the Scorpion was still at prototype stage. According to Aero the F/A-259 is a low risk solution, being the derivative of a trainer and light attack aircraft used in numbers. 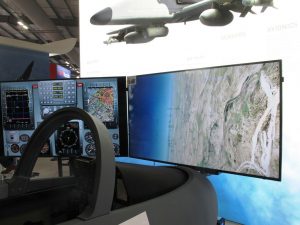 As Jeff Scott, Director of Business Development at Draken International, told EDR Magazine, the L159 currently used to provide aggressor services to the US Air Force and close air support missions in favour of US Marine Corps training proved to be a very reliable machine with a very short turnaround time. The company is looking forward to acquire in the future the new light attack version. However the L159 is far from being only a training item; “we are proud of what we achieved with our aircraft,” an Aero executive told us, “as we managed to train Iraqi pilots most of whom had been on the ground for nearly 10 years, and when they redeployed to their country with the aircraft they flew over 200 successful missions against ISIS over Mosul.”