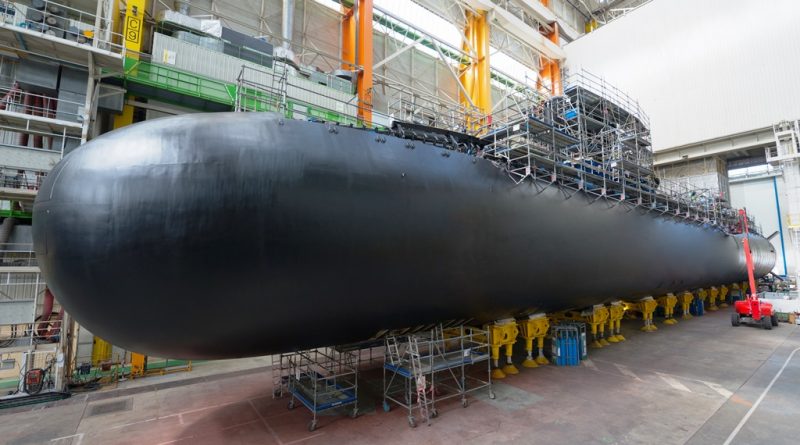 Commenting these results, Frank Le Rebeller, Executive Vice President Finance, Legal and Purchasing, indicated in particular: “The results for the first half of 2018 (in accordance with IFRS standards and more specifically the IRFS15 standard) show an increase in our sales and an improvement, as foreseen, of our profitability. They demonstrate the success of our progress plan and confirm the improvement of our operational control. Several major milestones in the French and international programmes have been successfully achieved, in particular the launch of the FREMM Normandie frigate, the continuation of the launch campaign for the F21 torpedo, with three successful consecutive launches, and the transfer of the sub-sections of the first Brazilian submarine to its assembly hall. Furthermore, the group has received notification of the order for the 5th submarine of the Barracuda programme.”

The main orders come from both France and international markets. They relate to all of the company’s sectors, from new-build programmes to services or equipment. The main notifications relate to the nuclear attack submarine (SSN) programme, the FREMM frigate programme and the refit of the La Fayette class frigates, as well as an additional order in relation to the Australian Future Submarine (AFS) programme.

The first half of 2017 benefitted from a particularly high level of order intake due to the notification of the medium-size frigate (FTI) programme.

The half-yearly sales accounts for €1.87 billion, representing an increase of almost 10.2 % compared to the first half of 2017 (restated according to the IFRS 15 standard). This is bolstered by the major French national programmes, principally the Barracuda nuclear attack submarines and the FREMM multi-mission frigates. The international markets benefitted from the strong contribution of Brazil and Australia. Services have also contributed significantly, in particular through the modernisation programme for the Charles de Gaulle aircraft carrier and the M51 adaptation programme for the SSBN Le Téméraire.

This sharp progress demonstrates the operational improvement of the programmes and the effectiveness of the actions undertaken for over three years.

The consolidated net income, group share amounts to €104.6 million, which corresponds to an increase of almost €39 million compared to the first half of 2017 (restated according to the IFRS 15 standard). This strengthens the group’s capacity to finance its future growth.

Throughout the 2018 reporting period, Naval Group will pursue its initiative to continuously improve the competitiveness of its offers and current programmes, both in France and on international markets, driven in particular by the control of costs and lead times. The improvement in profitability in 2017 should continue through 2018 and the consolidated net income group share is expected to increase by around 10%.