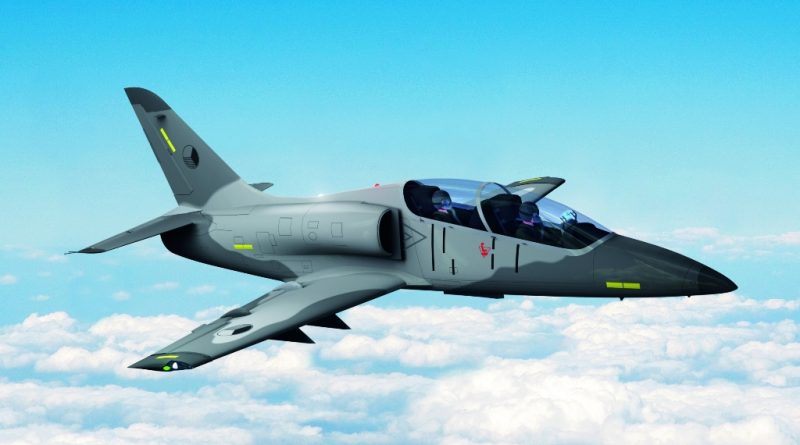 On Tuesday 17 during a press conference held at the Aero Vodochody Aerospace stand the Czech company signed two contracts for its L-39 NG training aircraft. The first one was with Skytech of Portugal for the delivery of 10 L-39NG jet training aircraft, including option for additional 6 aircraft. SkyTech is powered by well-known aircraft leasing company HiFly, and partnered with Australian Defence provider Adagold Aviation. The company identified a shortage of training aircraft in Europe, and decided to adopt an innovative way of providing to governments the access to aircraft according to a pay-by-the-hour scheme. It selected the L-39NG on the basis of performances and operational costs, which are comparable to those of a hi-performance turboprop. “Our organisation will not be a flight school,” explained Mal Sandford, SkyTech Senior Vice President, “it will be a facility where an air force will bring its instructors and trainees and we will provide the aircraft.” The base that will host the new L-39NG is still in negotiation, Mr. Sandford confirming that the aircraft will come with a complete simulation package. The other customer for the L-39NG is RWS who signed a Letter of Intent for the delivery of 12 L-39NG aircraft and for the  additional upgrade of six legacy L-39 into the L-39CW variant. “We operated the L39C,” said David Patrick, the company CEO, so the natural choice was to go for the new NG, which will ensure a great leap forward in capabilities.” EDR Magazine understood that while the SkyTech configuration includes the complete package of optional, that of RWS will lack some of them, i.e. the Head-Up Display. 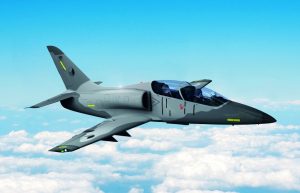 “Two years ago we announced a new strategy,” said Giuseppe Giordo, President & CEO of Aero, “based on the development of proprietary products, to be back as OEMs on the international market, and today is a perfect example of our comeback.” He remembered that 38 aircraft are now on order, including options, the other one being the four L-39NG in the light attack configuration, acquired by Senegal, and the six being acquired by LOM Praha, the company owned by the Czech MoD that provides training services to the national Air Force. “We will roll-out the L-39NG next October,” Giordo continued, “the first flight being planned before year end. We aim at getting the civil certification within 2019 and to start deliveries in 2020,” he stated, underlining that these 38 aircraft fill up the production until 2022. According to the company CEO two contracts, one with a NATO nation, for a total of 22 further aircraft are in the final stage of negotiation, “and I hope I will be able to announce before late 2019 further contracts for a total of 42 more aircraft,” he concluded. 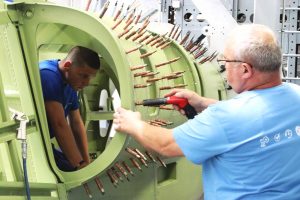