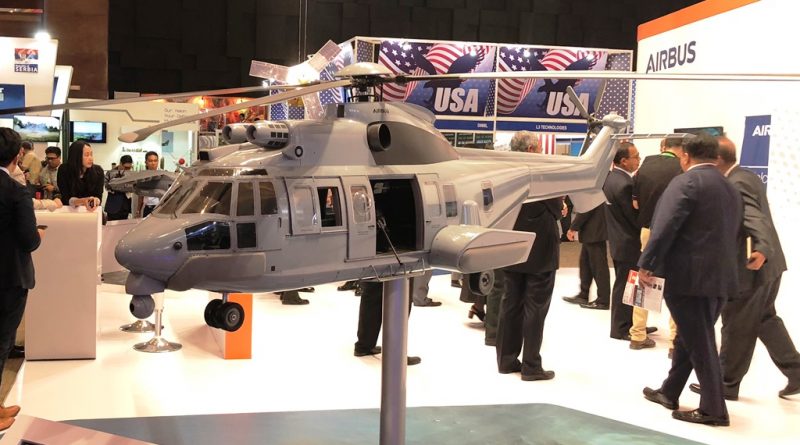 “Airbus Helicopters is the leader on the Indonesian market, as it represents 40% of the country’s market with more than 160 helicopters sold, 90 of which are in service in the armed forces, rescue agencies and law enforcement agencies, meeting a variety of Indonesian military requirements,” a company official present at Indo Defence told EDR Magazine. Among the helicopters in service we find the H225M Caracal, the first of six such helicopter having been delivered to the Indonesian Air Force in 2015 to be used for Combat SAR missions, the first of 12 Fennec light attack helicopter having been delivered to the Army that same year. In 2014 a contract was signed for 11 AS565 Mbe, the naval version of the Panther. Airbus delivers green platforms to local PT Dirgantara Indonesia, who is responsible for fitting the mission package to the aircraft, this including L-3 HELRAS DS-100 long-range active dipping sonar as well as Leonardo A.244/S lightweight torpedoes, and other modifications. Five of the 11 AS565 Mbe on order have already been delivered and are in service and operational with the Indonesian Navy.

Airbus Helicopters expects a new Fennec order for the Indonesian Army, as part of the service fleet modernization.