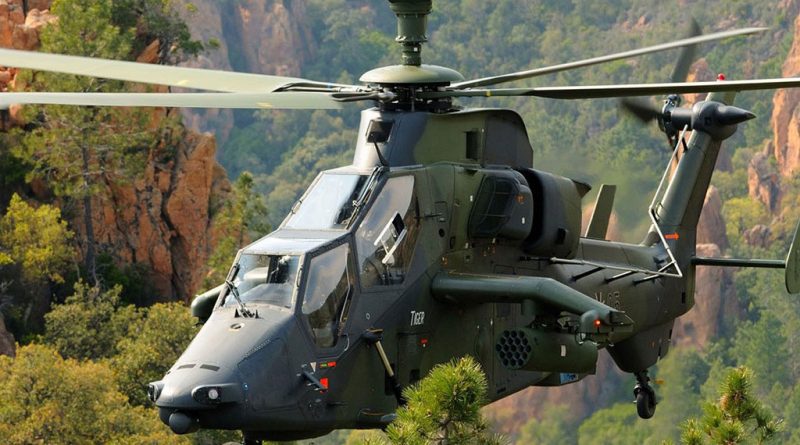 Marignane, 27 September 2018 – OCCAR (Organisation Conjointe de Coopération en matière d’Armement / Organisation for Joint Armament Co-operation) has commissioned Airbus Helicopters, on behalf of the French, German and Spanish Armament agencies DGA, BAAINBw and DGAM, to perform de-risking studies aimed at providing the Tiger with next generation battlefield capabilities. Their main objective is to prepare the development and retrofit phases of the new avionics, mission, and weapon systems of the Tiger. Thales and MBDA will also take part in the studies.

“We are proud to be preparing the future of the Tiger as it represents a major program for the European Defense cooperation initiative” said Bruno Even, CEO of Airbus Helicopters. “The de-risking studies will ensure that France, Germany, and Spain will be able to decide on implementing the additional operational capabilities for their Tiger helicopters.” he added.

178 Tigers have been delivered to France, Germany, Spain and Australia, and have accumulated over 110,000 flight hours to date. First deployed by the French Army in Afghanistan in 2009, the Tiger continues to demonstrate its essential role on theatres of operation as a highly versatile, stealthy, and maneuvrable attack helicopter.