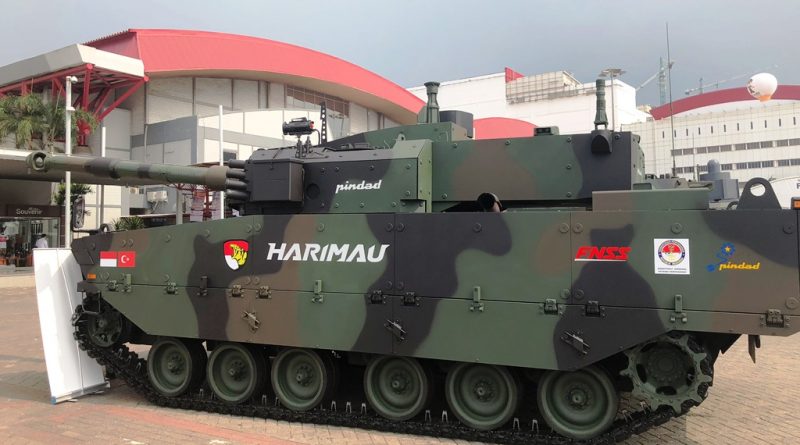 Closely related to Indonesia due to the Medium Tank programme, FNSS is proposing not only this vehicle but also its Marine Assault Vehicle to the local armed forces. Under development under an agreement signed in 2017 based on a Turkish Navy requirement, the MAV (Marine Assault Vehicle) might well find an interest in the country which Navy deploys an amphibious force of around 30,000 military, subdivided in three divisions headquartered in West Java, East Java and West Papua. The Indonesian Navy fields currently only 15 amphibious tracked vehicles of the AAV7 donated by South Korea. 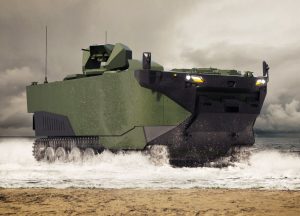 FNSS’ MAV could thus attract an interest from the Korps Marinir if this aims at improving its amphibious assault capabilities. Unveiled at IDEF 2017, the Turkish programme known as ZAHA (Zırhlı Amfibi Hücum Araçlarına, armored amphibious assault vehicles) aims at delivering a total of 27 vehicles, 23 perconnel carriers, two command and control and two recovery vehicles. The MAV can be launched from LHDs (Landing Helicopter Docks) and reach the beach at a maximum speed of 7 knots, thanks to the two hydrojets located at the rear. On land it can speed up to 70 km/h, forepower being provided by a weapon station armed with a 12.7 mm machine gun and a 40 mm automatic grenade launcher. According to K. Nail Kurt, General Manager and CEO of FNSS, “We are confident that friendly and allied nations with high amphibious operational requirements, particularly island countries like Indonesia, will also look to take advantage of ZAHA-MAV’s superior features, and we look forward to working with them in the future.”

While the MAV is only visible in pictures, what is visible in real at Indo Defence is the Medium Tank (MT), also unveiled in Istanbul during IDEF 2017. Designed to cope with the Indonesian terrain and to fight the potential armoured threat to which Indonesia might be confronted, the MT is developed with PT Pindad of Indonesia following the requirements of the national army. The MT is fitted with a CMI Defence Cockerill 3105 turret armed with a high-pressure 105 mm rifled gun that can fire NATO standard 105mm ammunition. A bustle-mounted automatic loader feeds the gun, allowing the turret crew to be reduced to two members, commander and gunner. The MT is now ready for production, qualification tests subdivided in Mine, Endurance and Firing tests having been carried out between July and August 2018. Explosion tests on a mock-up chassis were followed by a 2,000 km endurance test in West-and Central Java and by firing tests in the Bandung training area. 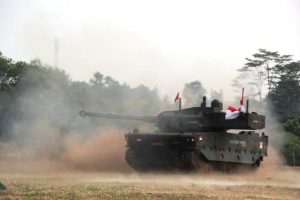 “Medium Tank will be a highly effective solution in today’s conditions of asymmetric warfare,” said K. Nail Kurt, FNSS CEO. “The vehicle meets all of the requirements of an easy and rapid positioning, high mobility, low visibility, high firepower and cost-effective medium-weight tank. The vehicle has low weight and silhouette, while making no concession in performance in terms of ballistic or mine protection. Our target was to have Medium Tank offer the highest ballistic and mine protection in its class, and following the successful completion of the challenging qualification tests, we are delighted to see that we have achieved our goal. In the coming period we will all see how Medium Tank can bring important innovations to the battlefield. As FNSS, we are proud to be meeting this critical requirement of Indonesia, a friendly and allied nation, supplying it with the most superior solution together with our partner PT Pindad. We can say this with full confidence: Our Indonesian friends can see FNSS as an Indonesian company.”