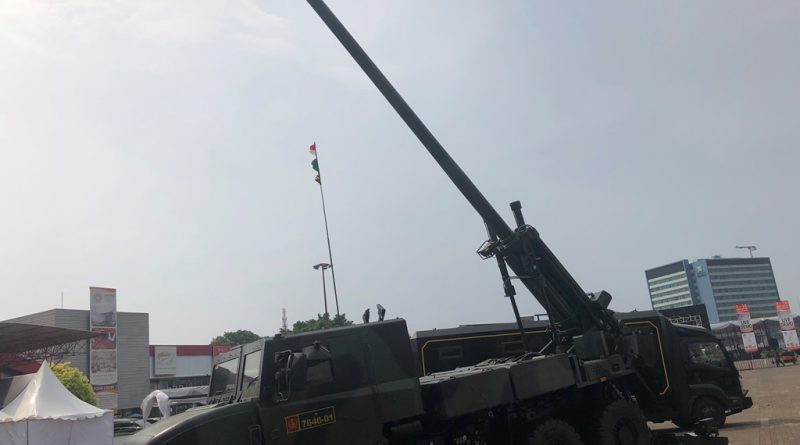 First public appearance of a Caesar 155/52 mm artillery system in Indonesian Army colours at Indo Defence. The first contract aimed at equipping two artillery battalions, each with three batteries equipped with six guns, was signed in February 2013, one extra gun being ordered for training purposes. Indonesia ordered the Caesar based on the Sherpa 6×6 chassis by then Renault Trucks Defence, now Arquus, that configuration being air transportable on board C-130 Hercules, the Tentara Nasional Indonesia Angkatan Udara, the Indonesian Air Force, fielding 20 such aircraft, while the wheeled solution allows for rapid deployment times also over land. All those self-propelled gun systems have now been delivered. Four years later, in February 2017, the Tentara Nasional Indonesia-Angkatan Darat, the Indonesian Land Forces, ordered further 18 systems to equip a third artillery battalion. The contract also included the FINDART fire control system, CAESAR simulators for training and over 50 artillery battalion auxiliary vehicles assembled in Indonesia by its local partner PT Pindad. 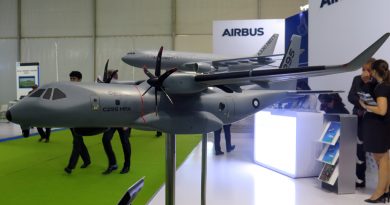 Airbus in India to create partnerships 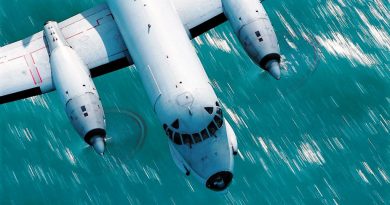