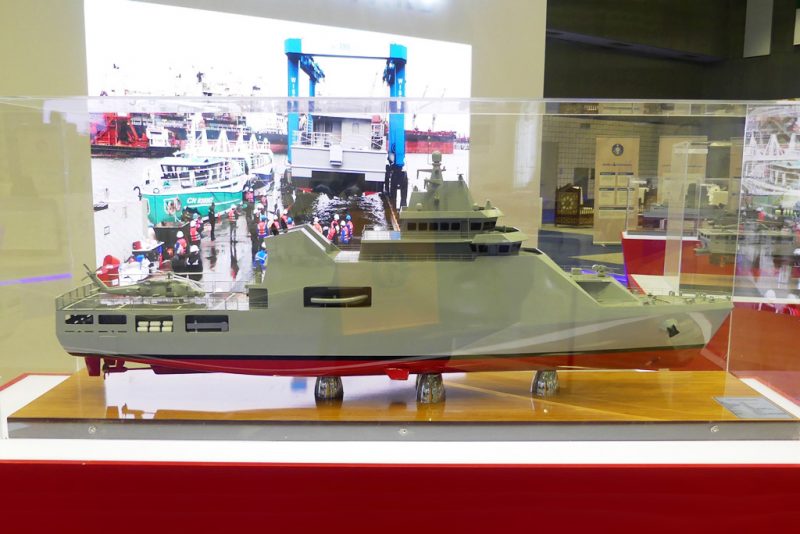 Last February the Qatari Emiri Naval Forces (QENF) commissioned into service the cadet training ship (CTS) Al Shamal (QTS 92) built by the Turkish Anadolu shipyard, with a ceremony held in Turkey at the presence of HE Dr Khalid bin Mohamed Al Attiyah, Qatar’s Deputy Prime Minister and Minister of State for Defence Affairs. This is the second largest ship to be constructed and exported by the private sector in Turkey, according to the Anadolu shipyard, under a contract awarded during DIMDEX 2018. The first-of-class Al Doha (QTS 91) built under the same programme was delivered in August 2021, making its maiden show appearance during DIMDEX 2022.

With a 2,150 tonnes displacement, a length and beam of respectively 89.59 and 14.18 meters, the CTS is based on Anadolu’s OPV design and features a high-strength steel hull and aluminum superstructure, with two fully functional bridges for training purposes, and a stern flight deck capable to accommodate an 11 tonnes helicopter. In addition to the ship’s complement of 60 personnel and six civilians, the CTS design can accommodate up to 8 instructors and 76 students, the latter capable to be trained on all kinds of operations and sensor-weapon used on the ship. With a propulsion system centered on two 5,460 kW each diesel engine driving controllable pitch propeller and a bow thruster, the CTS design can reach up to 22 knots and 18 knots of respectively maximum and continuous speed, with a range of more than 2,000 nautical miles, and can stay at sea for 15 days without refueling. The two ships have been designed to be able to conduct a secondary surveillance and armed patrolling mission in addition to the training duty, thanks to a bow-mounted 30 mm cannon with E/O suite and two 12.7 mm machine guns. Equipped with two X-band and one S-band radars, these platforms feature a visual and audio communications system in addition to HF, V/UHF, VHF military, SATCOM, ship telephone system and CCTV.

Beside the CTS programme, the Qatari MoD awarded to the Turkish shipyard a contract for one LCT (Landing Craft Tank), two LCM (Landing Craft Mechanized) and one LCVP (Landing Craft Vehicle and Personnel). The Fuawirit (QL 80) LCT was launched in September 2021 and is expected to be delivered and commissioned into service with the QENF in October 2022. With a displacement of 1,156 tonnes, a length and beam of respectively 79.9 and 11.7 meters, the LCT design features a 400 m2 vehicle deck with a 200 tonnes mixed vehicle transport capability including three main battle tanks (MBT) or 260 marines, or alternatively a mix of both vehicles and marines. With a complement of 20 personnel and a propulsion system based on two 2,400 kW main engine with two reverse reduction gearboxes and two fixed propellers, the LCT can reach a maximum speed of 18.0 knots. Equipped with a full navigation and communication suite, it can be armed with two 12.7 mm stabilized guns and two 30 mm remote controlled guns.

Being floated last February at the Anadolu shipyard, the Broog (QL 40) and Ishat (QL 41) LCMs are expected to be delivered next September. With a full load displacement of 297 tonnes including a 120 tonnes payload, a length and beam of respectively 40.39 and 9.15 meters with a draught of one meter, the LCM 40 design features a load capacity of up to two MBTs or 120 marines. Its propulsion system includes two 2270 kW main engines and two water jets, allowing it to reach a 18 knots top speed with two MBTs and 26+ knots with one MBT. Equipped with a complete navigation and communications suite, the LCT 40 meters design features an armaments suite including three 12.7 mm machine guns.

Based on the CTS design, Anadolu shipyard is offering an OPV 90 meters design with a 2,400 tonnes displacement featuring a stern flight deck and hangar for a 11 tonnes helicopter platform. The OPV 90 could be equipped with one 76/62 mm gun, two 30 mm stabilized remote control guns, two 12.7 mm stabilized machine guns, up to eight surface-to-surface guided missile systems as showed during DIMDEX 2022, chaff and flares decoy launching systems, and a sensors suite including a 3D Air & Surface AESA radar, IFF, Fire Control suite with radar and optronics alongside an ESM suite.

The Anadolu shipyard was also promoting a 161 meters long Landing Ship Tank and Helicopter Deck (LST-HD) platform design of 10,000 tonnes with an almost full ship length flight deck (except the bow area reserved for weapon system station) with a load capacity of 1,200 tonnes including up to 21 MBTs and a well dock for up to 2 LMC, two LCVP and two RHIBs. The flight deck has four spots for 15 tonnes helicopters and underneath hangar facilities. The comprehensive combat system features a weapon package with one 76 mm gun, two 35 mm CIWS, four 12.7 mm machine guns, eight surface-to-air missiles, and up to eight surface-to-surface missiles and decoy launchers. 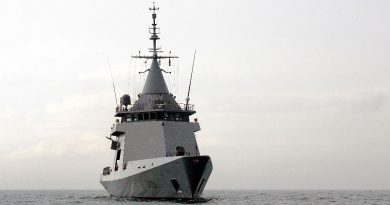 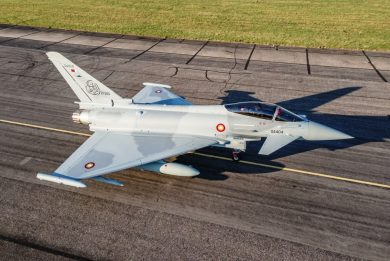 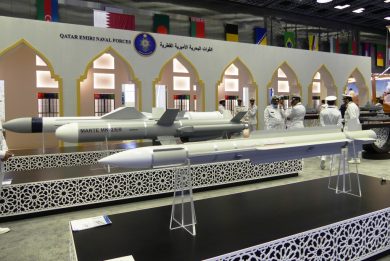