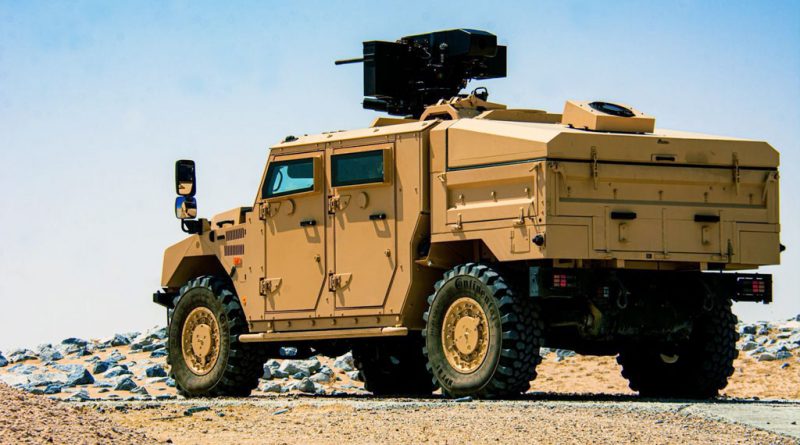 May 19th, 2020 – The Arquus teams of Limoges have recently completed the production of the 1,000th Sherpa armored vehicle. It is a major milestone for the Sherpa family, founded in 2006, which has constantly evolved since. It thus joins a very select circle of multipurpose vehicles, 14 years after its first presentation at Eurosatory 2006. Deployed on all theaters of operations and in all configurations, the Sherpa armored vehicles serve daily in a wide range of forces. That milestone crowns the quality of design and production of the vehicles of the Sherpa range, as well as its versatility. In its different versions, the Sherpa can tackle most missions and carry most of the equipment of the Defense and Security forces.

The Sherpa family is currently comprised of four base models: the Sherpa Scout, an armored vehicle for liaison and reconnaissance seating 4 or 5 soldiers, also available in the Station Wagon version; the Carrier, fitted with a bed for troop or systems transport; the APC, for troop protected transport; and the Sherpa Special Forces, designed for missions behind the enemy lines.

Unveiled at Eurosatory 2006, the Sherpa has received unanimous acclaim for its compacity, exceptional mobility and their important payload, which provide the vehicle with high versatility and upgradability. Various forces have quickly acknowledged these capabilities. The NSPA (Nato Support and Procurement Agency) has notably ordered Sherpa vehicles in a communications systems carrier version for the ISAF (International Security Assistance Forces), then deployed in Afghanistan.

Since 2006, Chile, Lebanon and Indonesia have acquired Sherpa vehicles to reinforce their police and security forces’ capabilities. An Assault Ladder version was then developed by Arquus in 2014 to provide with unprecedented capabilities to fight organized crime and terrorism. India, the Brazilian Federal Police, as well as the French GIGN have soon selected that version. Most iconic vehicle, the Sherpa Assault Ladder is deployed on all the Group’s delicate interventions. In 2016, the French Minister of Defence, Jean-Yves Le Drian, announced a contract for 300 Sherpa vehicles to be delivered to Kuwaït. These vehicles have been the highlight of the DGA 2019 show in Kuwaït City.

The Sherpa’s commercial success, in all versions and configurations, has allowed for the foundation and growth of a durable and long-term industrial activity, combining modern methods, long-term expertise and high-quality design. Since 2006, all Sherpa vehicles of the Arquus are produced at the Arquus site in Limoges, with a completely dedicated production line. In 14 years, more than 1,000 Sherpa vehicles of all versions and configurations have rolled out of the production line. The Garchizy plant has also contributed to that industrial organization by providing with the Sherpa’s armored hulls.

2019, the year of all records for the Arquus plant of Limoges, has also been a record year for the Sherpa production line. With more than 200 vehicles produced, the Sherpa has been at the heart of Arquus’ growth. The Arquus plant in Limoges has proved its ability to tackle very sustained rythms, producing up to two Sherpa vehicles per day. These records, set on the plant’s 80th anniversary, illustrate the dynamism and renewing ability of a historic site of the French Defense.

That 1,000th Sherpa milestone crowns the exceptional expertise of the engineers who have designed the Sherpa and have kept developing it, to help him face the threats met on the battlefield and answer the commanders’ tactical needs. It also rewards the quality of the industrial organization created to allow the production and support of proven vehicles, renowned for the quality of their performance and protection. 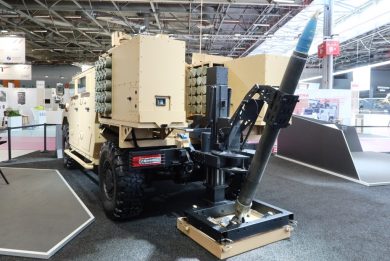 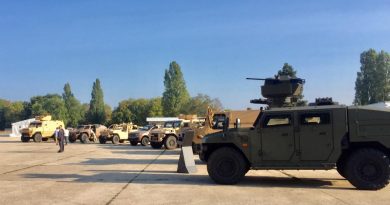 21/09/2020 Paolo Valpolini, François Brévot and Christian Dumont Comments Off on Top of the range Arquus vehicles exhibited at Satory 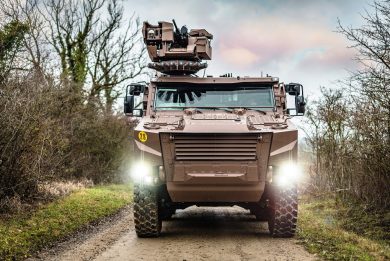