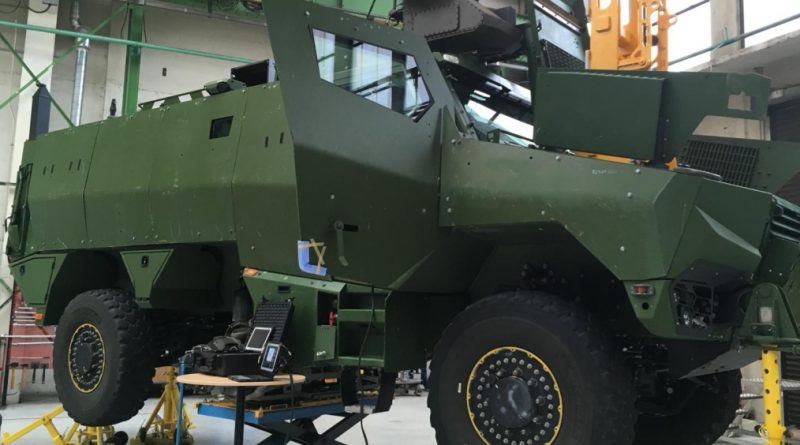 This logistics platform was created with the aim of supplying at very short notice all industrial and state partners with spare parts for Griffon and Jaguar vehicles, developed by the three manufacturers forming the Scorpion team, Arquus, Nexter and Thales. Within the Scorpion programme Arquus is providing all automotive components as well as remotely operated weapon stations for both vehicles.

The Arquus Hub will be the only logistics center for spare parts and components of Griffon and Jaguar armored vehicles, as well as for the replacement of most of the 25,000 Arquus vehicles currently in service in the French Army. Currently these are the VAB 4×4 armoured personnel carrier, the VBL and PVP light armoured vehicles as well as GBC trucks; the VT4 light tactical vehicle just joined the lot, and will be followed soon by the Griffon and Jaguar, which deliveries should start in 2019. The new Fourchambault platform enables the implementation of modern MRO solutions and is able to respond to major equipment and availability challenges.

Now fully operational, this logistics center had been under construction throughout one year, from June 2017 to June 2018, involving significant investments, numerous regional subcontractors and partners. It covers approximately 18.000 m2, 15.000 m2 being devoted to the storage of 30.000 part numbers hosted on 2 km of racks on 6 levels, 6.000 picking stations allowing to manage, store and distribute over 100,000 items directly to customers’ support bases in less than 72 hours.

The Arquus Hub will grow from now until 2021, when all its storage capacity will be exploited, with the entrance in service of all the vehicles models lately adopted by the French Army. It is already serving the VT4, which will be followed by the Special Forces vehicle, the Griffon, the VBCI and the Caesar, engineer vehicles and finally the Jaguar.