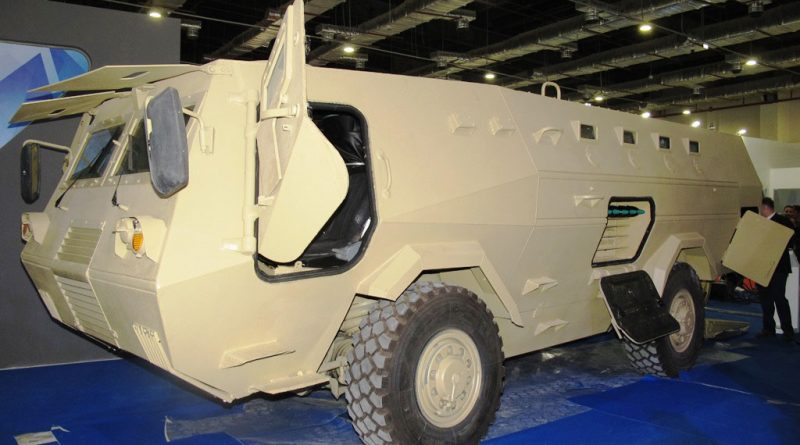 One of the Kader Factory for Development Industries, affiliated to the Arab Organization for Industrialization (AOI), most known products is definitely the Fahd 4×4 armoured troop transport vehicle, which last iteration is the Fahd 300. In service in eight different countries, including Egypt, it is based on a Tatra chassis and is powered by a 296 hp diesel engine. It can reach 105 km/h on road and 65 km/h on cross country terrain, respective ranges being 700 and 450 km, the vehicle being fitted with a CTIS. It can overcome an 80% gradient and a 30% side slope, maximum vertical obstacle height being 0.5 meters. The three-man crew includes driver, commander and gunner, the vehicle being usually fitted with a turret which armament can vary considerably, up to a 30 mm cannon; 10 dismounts seat in the back, the hull ensuring protection against 7.62×51 mm AP rounds, while mine protection is declared at STANAG Level 1a/b. The standard turret is armed with a 12.7 mm and a 7.62 mm machine guns, with 360° transverse and –8°/+45° elevation. The Fahd 300 has apparently been delivered only to the Egyptian Ministry of the Interior, which received the first 25 vehicles in mid-2016. 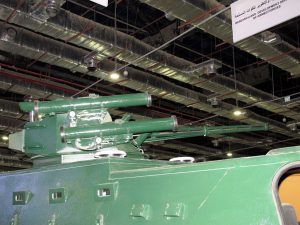 The military versions of the Fahd include an antitank configuration fitted with the AOI produced BM-3 Shurm combat module, fitted with a 30 mm cannon, two RK-2S antitank missiles with a 5 km maximum range, one KT 7.62 mm machine gun and one KPA 117 30 mm automatic grenade launcher. This turret, which is in service with the Egyptian Army, was visible on one of the Fahd on display, the one nearby being fitted with the prototype of an mortar system. Defined Mobile Mortar Complex, this version of the Fahd is fitted at the rear with a platform that in driving configuration is folded up replacing the rear door, and when stationary it is lowered putting in action a 120 mm smoothbore mortar. 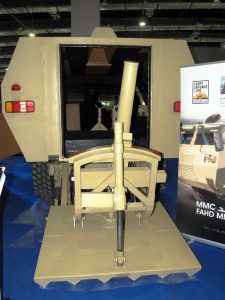 On the rear left side of the vehicle a hatch gives access to the fire control system, which can be activated in remote using a tablet, ensuring the trimming in elevation and traverse of the mortar. Rounds and charges are carried inside the vehicle. The mortar can be ready to fire in 35 seconds since the vehicle stops, re-aiming taking 8 seconds. The weapon can be aimed in azimuth in a ± 30° arc, elevation being between +45° and +80°. The mortar carrier version is not yet in service, the one seen at EDEX being the prototype, however the company said that Egypt has shown considerable interest for this solution. 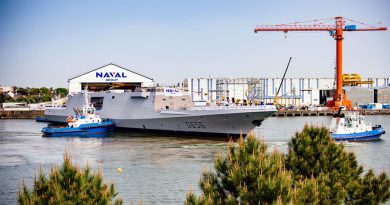 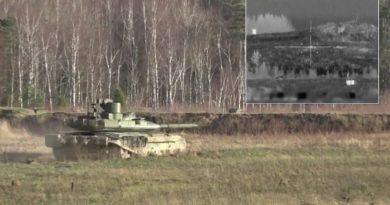 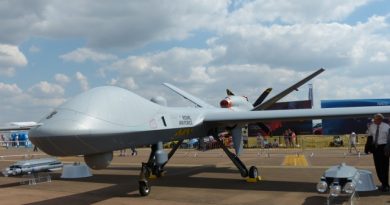