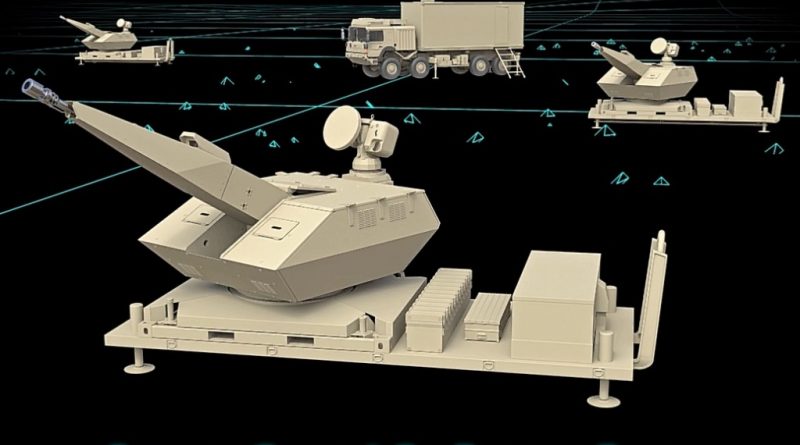 Egypt is looking at updating its ageing air defence gun inventory to complement the new missile system, a contract having been filed to German Diehl Defence for seven IRIS-T SLM systems, the company declining to comment. 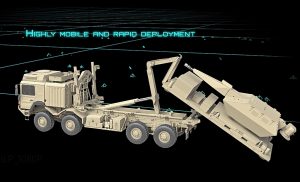 For the gun segment, Rheinmetall Air Defence unveiled at EDEX the configuration of the system proposed to Egypt, known as Skynex; this is based on the 35 mm Oerlikon Revolver Gun Mk3 HLP, the last acronym standing for Hook Lift Platform, the gun being fixed to a platform that can easily be loaded onto a truck for transport, and unloaded in the operational location. This makes the system highly mobile and quickly deployable, the automatically levelling platform also hosting the power supply which makes the module fully autonomous (the platform exhibited was just a concept demonstrator and lacked those items). The system doesn’t need any field alignment, autonomous target tracking being provided by an X-band tracking radar and by electro-optical sensors. 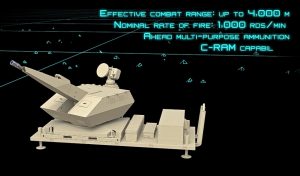 The system has an effective range of 4,000 meters, and a nominal rate of fire of 1,000 rounds per minute. Rheinmetall Air Defence would also provide ammunition, namely the latest version of the AHEAD (Advanced Hit Efficiency And Destruction); compared to the original one, which contained 153 tungsten cylinders weighing around 3.3 grams each, the PMD 428 contains around 600 cylinders each weighing less than one gram, considerably increasing the density of cylinders in front of the target, density having shown to be the critical parameter to increase kill probability against most air targets. 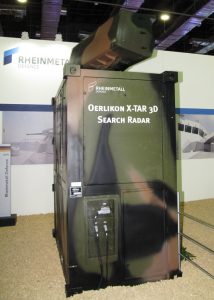 Surveillance and detection is provided by a shelter-mounted X-TAR3D developed and produced by Rheinmetall Italia, the shelter also hosting the command and control system, this function being provided by Rheinmetall Air Defence Skymaster. The X-band radar is fitted with a vertical phased array antenna and has a search on the move range of over 10 km, while when in static position it has instrumented ranges of 25, 35 and 55 km, with altitude of 6,000 or 10,000 meters. The Skynex C2 system has plug-and fight capabilities, can master various types of missions including C-RAM (Counter Artillery, Rocket, Mortar), and allows automatic engagement procedure. Viewgraphs seen at EDEX were showing a battery with one C2 system linked to three gun systems. The Rheinmetall solution will be used to defend critical assets, sometimes even long range air defence assets, a need that became obvious in recent operations around the world. 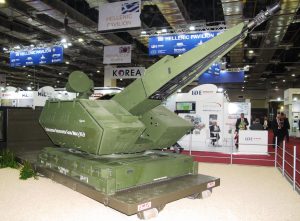 Rheinmetall Air Defence is considering the use of gun systems against new types of targets such as UAS. To this end the most critical phase is target search, detection, acquisition, tracking, classification and identification, a problem that has still to be fully solved. The Oerlikon based company is currently considering different solutions, among which a distributed network of sensors to overcome difficulties given by broken ground and urban scenarios. It is also developing a multi-sensor platform that will be unveiled next week at the Rheinmetall Talks, thus EDR Magazine readers should wait only slightly more than one week to know something more about it. 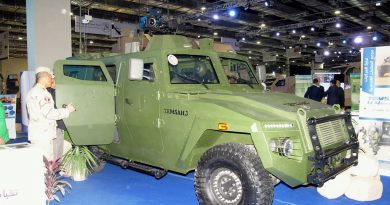 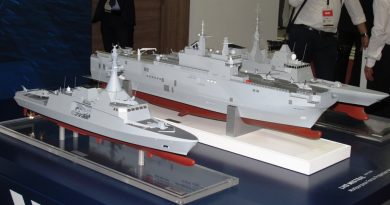