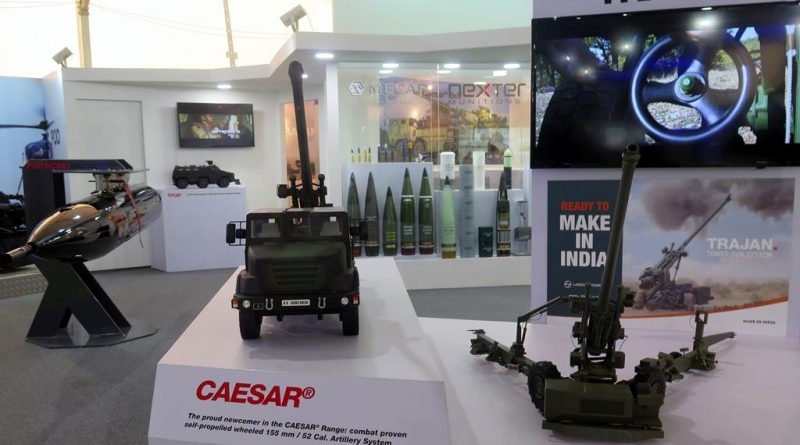 Cooperation with Indian partners in the field artillery domain was one of the highlights at the Nexter stand at Defexpo 2018. On the weapon systems side the French lands armament leader was exhibiting the model of its Trajan 155/52 towed howitzer, which is proposed to India as part of the consortium formed in 2011 with Larsen & Toubro. The prototype featured 40% of its value of Indian origin, and was thoroughly tested in extreme climatic conditions both for firing and mobility. The teaming was made in view of the Towed Gun System (TGS) programme, the Indian Army intention being to acquire over 1,500 such systems. How much the Advanced Towed Artillery Gun System (ATAGS), jointly developed by the Defence Research and Development Organisation (DRDO), Tata Power Strategic Engineering Division (SED) and Kalyani Strategic Systems, will succeed in the bid will mostly depend on the outcome on the trials which are expected to start next summer. 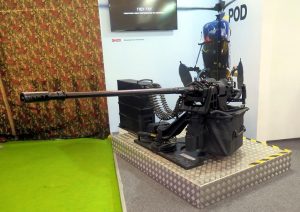 Still in the artillery field Nexter announced a cooperation with Premier Explosives Ltd (PEL), a company active in the field of explosives and solid propellants, for manufacturing Bi-Modular Charge Systems (BMCS) in order to respond to the needs of the Indian Ministry of Defense. The team will answer the Indian MoD Request for Proposal with a product fully designed by Nexter according to Indian requirements.
Looking at Indian armaments requirements for helicopters Nexter also exhibited its NC 621 pod, which provides close air-to-air and air-to-ground fire support in the axial mode, as well as the SH20, which can be docked to most multi- missions helicopters.