Following the award of an EMD (Engineering, Manufacture, and Development) contract in November 2015 BAE Systems has rolled out the first of 16 Amphibious Combat Vehicles 1.1 prototypes that will be tested by the US Marine Corps before the final choice for their new 8×8 wheeled troop carrier. 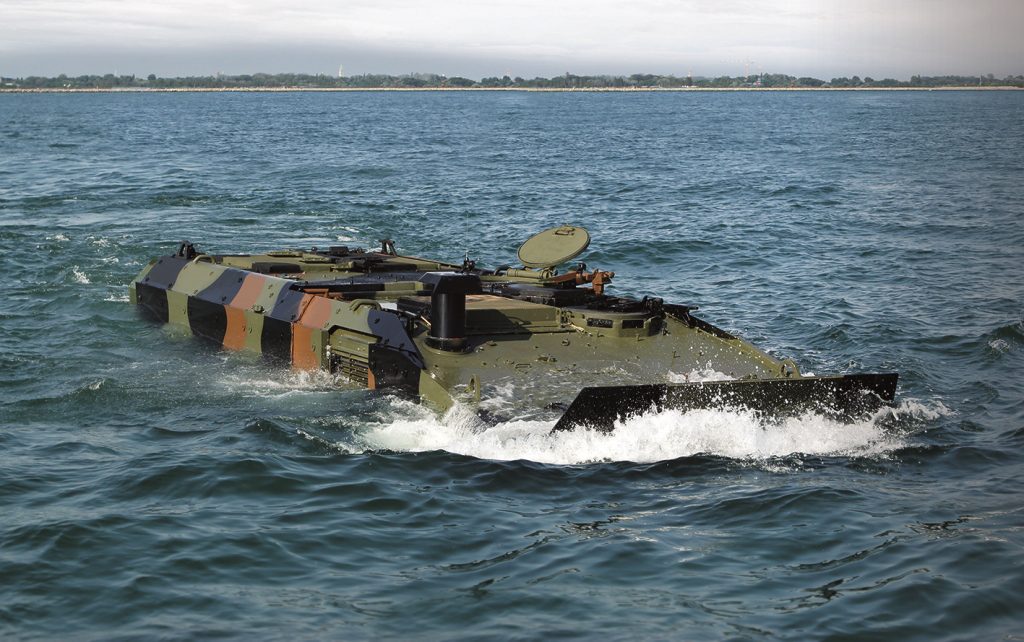 Iveco DV developed its SuperAV to meet the US Marine Corps requirements, in cooperation with BAE Systems that is the prime contractor and will eventually produce the vehicles at its York facility. Powered by an FPT Industrial Cursor 16 engine that provides 700, the BAE/Iveco DV ACV 1.1 is fully amphibious and has demonstrated to be capable of moving at speed in Sea State 3. Its H drive is based on the well-proven system adopted in the Centauro, used by the Italian Army in many operational theatres and deployed also by the Spanish Army, while protection is higher than that of currently fielded amphibious vehicles. Overall the ACV 1.1 can carry a crew of three plus 13 embarked marines. The other competitor for the ACV 1.1 programme is a derivative of the Terrex 2, designed by Singapore Technology Kinetics that teamed with SAIC for the US bid. Iveco DV has produced on company funds a further prototype that was exhibited at Eurosatory 2016 in Paris and is being tested by the Italian Army and Navy, as Italy needs a vehicle of such category for its Joint Amphibious Force.