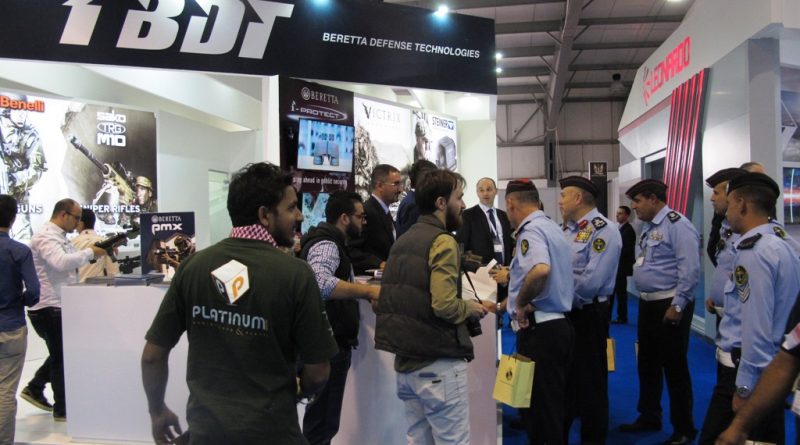 Beretta exhibits its whole portfolio at SOFEX, the company considering the Middle East and North Africa key areas in its marketing strategy. Its PMX submachine gun, unveiled at Milipol 2017, is shown for the first time in this region, and is considered a promising item in this area. However during the first day of SOFEX Beretta noticed that also its ARX assault rifles as well as its sniper weapons attracted considerable interest from the visiting delegations. In the sniper portfolio the starring weapon was Victrix Armaments Corvus chambered in 12.7 mm.

SOFEX focusing mostly on Special Forces Equipment, Steiner eOptics exhibits its PVS-21 Low Profile Night Vision Goggle fitted with a thermal imager and integrated with the ARC4 advanced augmented reality system. This provides the SF operator with full situational awareness in its goggles, allowing him to trim the type of night vision better suited to the moment, overlapping thermal imaging over image intensification, the third layer being that provided by ARC4. Steiner also exhibited its recently unveiled M7Xi IFS 4-28×56 IFS (Intelligent Firing Solution), made of a scope with an integrated ballistic calculator that can be programmed using an App on an smartphone and provides recommendation on windage and elevation corrections, these data as well as the clicks being visible in the scope.