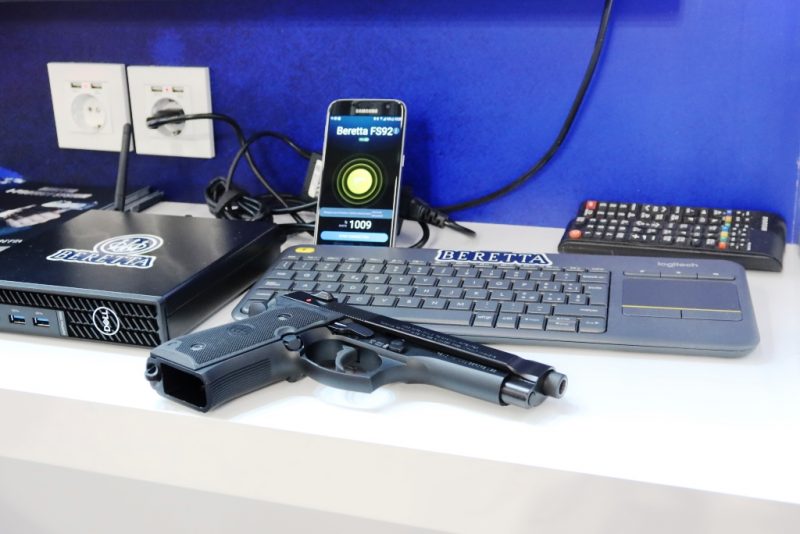 Some years ago Beretta and Intellitronika launched the I-Protect, a real-time situational awareness system that allowed the command post to receive from the police officer on the ground the status of its handgun. The system allowed to visualise on the command post screen if the pistol was in the holster or had been extracted, if it had been cocked and if it fired. The I-Protect was designed for the PX4-Storm.

At Milipol Paris Beretta unveiled the evolution of its system, the company together with Intellitronika having developed a kit that allows integrating the SA features into the 92-series pistols, that is 92FS, 92A1, 98FS and 96. While the system for the PX4-Storm was integral to the pistol, hence the firearm  had to be acquired since inception with the I-Protect, the new system has been purposely designed to be easily installed on the aforementioned handguns. Only two parts have to be removed and replaced with the I-Protect one, the pistol grips and the trigger bar. All electronic components and sensors are located in the right grip, which also contains the CR2023 battery ensuring over one year of continuous operating life. The grip hosts the electronic package, the microcontroller, contactless sensors, and as said the battery, all being sealed with a plastic film ensuring a good degree of watertightness.

The pistol is linked via a bluetooth gateway to the officer mobile phone, which in turn is linked to the command post via 4G/5G connection. The icons that appear on the control screen are four. When the handgun is in the holster with the safety engaged and the hammer decocked the circular icon is green, the pistol pointed downwards. If the police officer extracts the pistol without any other action the icon remains green, but the pistol is pointed to the right. Once the safety is disengaged, the icon turns yellow. It finally becomes red when the hammer is cocked and the pistol is ready to fire.

The I-Protect shows when the pistol is fired and ensures the shot counter function. This not only allows to follow the action, but can also be exploited for logistic purposes, i.e. to ensure predictive maintenance.

The I-Protect kit does not affect the handgun ergonomics, according to Beretta the redesigned grips even improve the weapon handling, the weight and centre of gravity remaining unchanged. 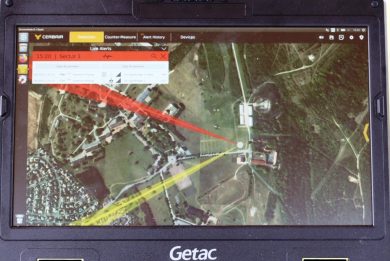 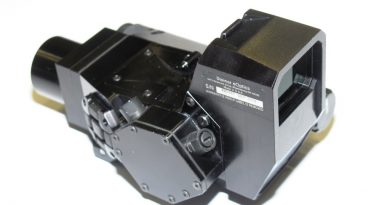 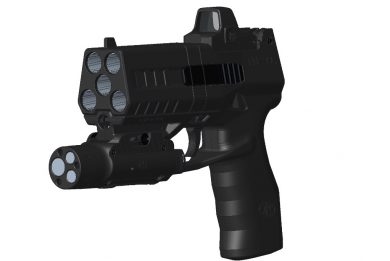