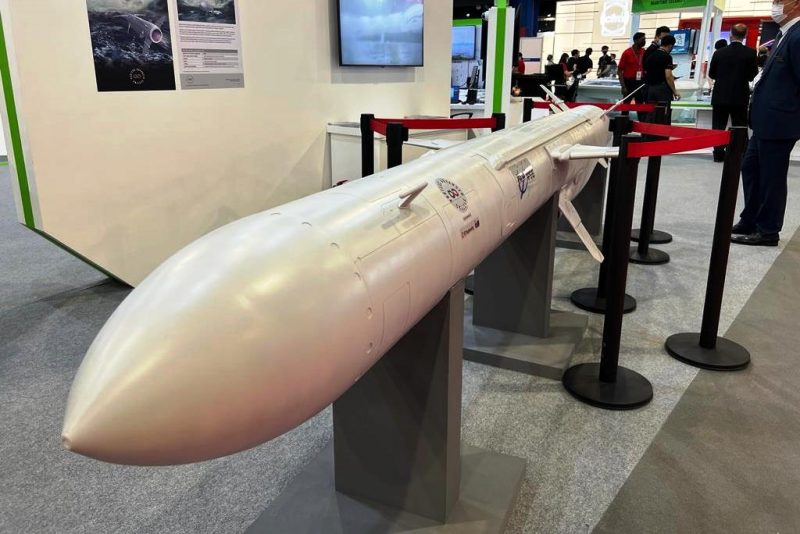 The new missile is marketed by the Proteus Advanced Systems joint venture, which was officially announced in July 2020, the first order coming from the Estonian Centre for Defence Investment (ECDI) and aims at equipping the Estonian Defence Forces with a coastal defence capability centered on the Blue Spear.

According to Proteus Advanced Systems, the advanced and versatile missile is capable of performing a variety of long-range precision strike options in congested scenarios, against both ship and land targets in all-weather conditions. The Blue Spear is an advanced member of the next generation surface-to-surface missile system that is built on the battle-proven Gabriel missile family heritage, said IAI in the press statement unveiling the missile presence at Singapore Air Show.

The missile delivers an agile, highly penetrative, combined anti-ship and land attack capability at high subsonic speed. No information have been provided on the weapon system dimensions and weight but according to the mock-ups unveiled in Singapore, the missile airframe and flight controls are similar to layout images released by the Finnish MoD/Navy in July 2018, unveiling the IAI weapon system selected and contracted by the Scandinavian country. That system will equip its Hamina-class missile fast attack craft and future Squadron 2020 class multirole corvettes under the SSM2020 programme. The Blue Spear also bears similarities with the Sea Serpent SSM displayed during the DSEI 2021 that aims to satisfy the requirements of the UK MoD’s I-SSGW (Interim Surface-to-Surface Guided Weapon) procurement programme. IAI also acknowledged in a press statement released during DSEI 2021 that the Sea Serpent “has been developed in parallel with similar missile systems in service with the Israeli Navy, and selected to provide powerful strike capabilities for Finland’s SSM2020 programme”.

According to details released by Proteus Advanced Systems joint-venture, the Blue Spear is equipped with a ‘jet propelled engine’ and a 150 kg high explosive insensitive munition warhead, allowing the missile to achieve high-subsonic speeds and delivering ‘high impact’ over the horizon, with a range of 290 km, both in Fire and Forget/Fire and Update modes of operation.

Capable to operate under all weather conditions, during both day and night, the Blue Spear is equipped with a state-of-the-art radar seeker and advanced weapon control system to provide precise target detection and engagement in contested and congested operational environment. According to the ECDI press statement announcing the Blue Spear selection and contract, the missile features an accurate INS-based navigation capabilities and “a robust system which is immune to GPS disruptions and (offers) maximal accuracy target acquisition”. It is also equipped “with a variety of deception means to achieve its mission and cope with the different battlefield challenges”.

Characterized by a fully automated mission planning and execution, exploiting multiple way points and complex trajectories to achieve the maximum penetration of layered and point defences, the missile has beyond line of sight strike capabilities against both mobile and stationary targets, being also equipped with an advanced data link. It offers both sea-based and land-based launch options. Against countermeasures of increasing sophistication, according to an IAI statement, the missile is able to locate and attack its target in littoral, open-ocean and overland environments, and is especially designed to prevail in contested, congested and complex situations. 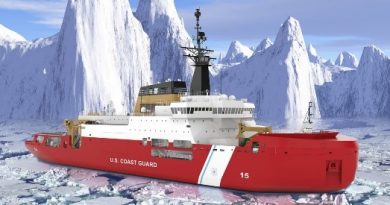 24/04/2019 Paolo Valpolini Comments Off on ST Engineering Secures up to S$2.6b Polar Security Cutter contract from the U.S. Navy 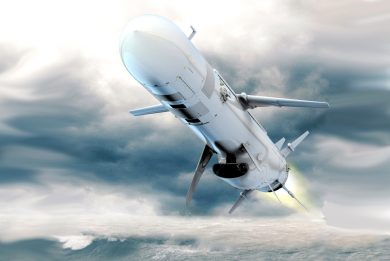 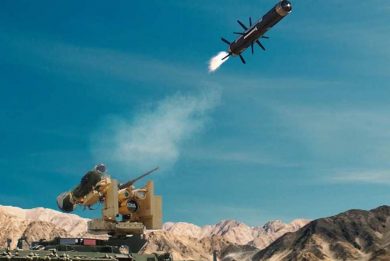