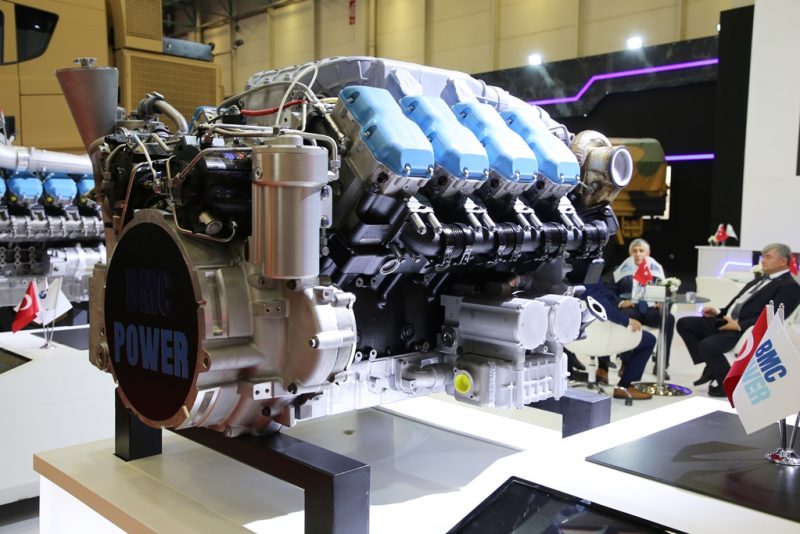 The lack of autonomy in the powerpack domain for heavy armoured vehicles, such as infantry fighting vehicles and main battle tanks, has been a key issue in Turkey for some time. The limitations on export imposed by a number of countries, including Germany which MTU powerpack have been among the most widely used, increased the need for a national autonomy also in that field.

To cope with this in March 2017 BMC Automotive Industry and Trade Inc. gave birth to a fully controlled company, BMC Power Engine and Control Technologies Inc. with the aim to reach full independency in the engine compartment within 2023.

One of the key issues is the powerpack destined to the Altay MBT; according to BMC sources an agreement was reached for installing the engine and transmission provided by Doosan and S&T Dynamics of South Korea on the Turkish-made MBT.

At IDEF 2021 it was possible to see in the BMC stand an Altay MBT as well as a Leopard 2 chassis fitted with the Altay turret, armed with the original 44-calibre gun of the Leopard 2A4. However, there is not yet an announced service date for the Altay, which delay is mostly due to the powerpack issue. Starring in the BMC stand was the Altuğ 8×8 armoured vehicle, which could be seen in two variants, the fire support and the armoured personnel carrier. The latter one was fitted with the first product issued from the crash R&D programme launched by BMC Power to equip Turkish armoured vehicles with national powerpacks.

The engine is a 6-cylinder in line with a 12.8 litres combustion volume, providing 600 hp. First ignited in mid-2018, the 600 hp engine has completed bench tests and test on a vehicle are currently underway, according to BMC Power sources. A common-rail engine, it is fitted with a military grade starter-alternator, and fulfils Euro III regulations, which makes it inherently multi-fuel capable. It provides a torque of 2.500 Nm at 1,400 rpm and 3,000 Nm at 1,900 rpm, while according to BMC sources its power output has a growth margin of around 15%.

A 4-cylinder derivative of the aforementioned engine is also under development. It was first ignited in 2020, features an 8.4 litres combustion volume and provides 400 hp. This might well provide a national powerpack solution to the Kirpi 4×4 MRAP-type vehicle adopted by Turkish Land Forces and Gendarmerie and by seven export customers, which is currently powered by a Cummins engine.

While those engines remained on exhibition for the whole IDEF, three items disappeared after Day One, following the presidential inauguration. These were the two V engines and one transmission that are being developed by BMC Power.

The full solution for a tracked AIFV was visible, with the V8 engine providing an output of 1,000 hp, together with its transmission. First ignited in 2020, it has a 16.2 litres combustion volume, no more data being available for the time being.

The 100 hp high torque transmission was also showcased at IDEF. The V12 engine was also exhibited, which provides the 1,500 hp required for the Altay. According to BMC Power this engine was fired up for the first time in 2021. The related 6+2 cross drive transmission was however not on exhibition. Should the first batch of 250 Altay be fitted with the South Korean engine, the BMC Power V12 would provide a national solution for the further 750 MBTs planned to be produced for the Turkish Land Forces. At IDEF 2023 the path towards a full independency in the armoured vehicles power units field will certainly become more clear. 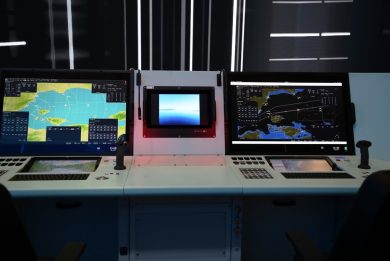 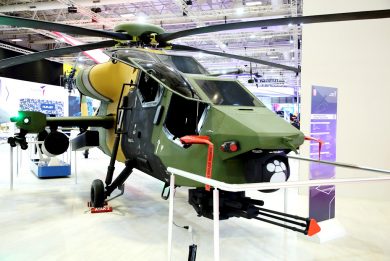