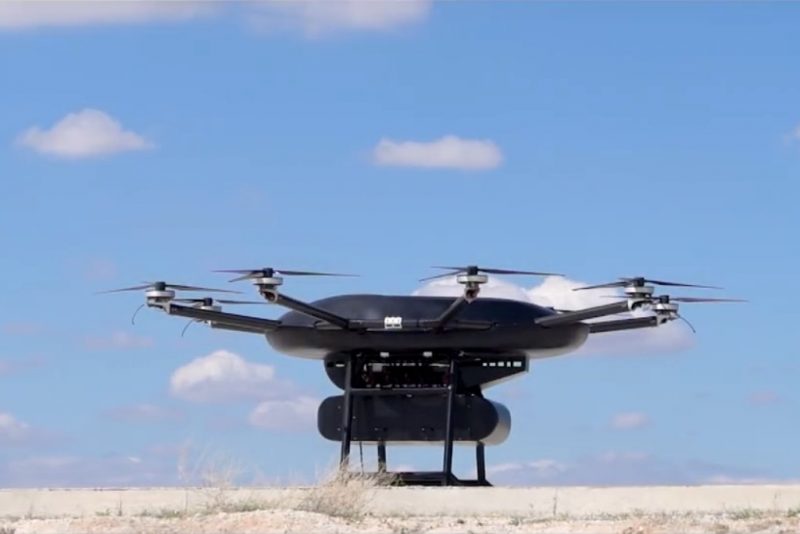 Funded in 1993 Altinay starter as an industrial robotic company, expanding its capabilities along the years. In 2021 it started to develop UAVs, mass production ramping up from 2016 on. In 2020 the company set up a Joint Venture with Aselsan, the Turkish defence electronic champion; named DASAL, for Drone ASelsan ALtinay, the two companies control respectively 40% and 60% of the shares. The newly founded company immediately started working on a series of innovative projects, seven of them being brought to fruition in 2021 split between ISR (Intelligence Surveillance Reconnaissance), Cargo and Defence platforms, all VTOL electric-powered UAVs.

Let’s start from the Cargo family, the umber showing the payload capacity in kilograms. The bigger one is the Cargo 150, which features eight rotors and has a Maximum Take-Off Weight (MTOW) of 630 kg. With the full 150 kg payload it has an operational radius of 40 km and an endurance of 45 minutes, maximum horizontal speed being 54 knots (100 km/h). It is fitted with a 3-axis stabilised gimbal containing day and night electro-optical sensors, and is capable of fully autonomous navigation and semi-autonomous flight, in order to reduce the operator workload; still and video images captured by on-board sensors can be relayed to the ground control station both for mission handling or intelligence purposes.

The high payload capacity allows it to be used not only to resupply frontline units, but also for CASEVAC missions, up to two casualties can be quickly transported back to the nearest dressing station. Watch the DASAL Cargo 150 video HERE. Halving the payload we find the Cargo 75, fitted with four arms carrying each two counter-rotating rotors. It has an MTOW of 360 kg and a 20 km operational radius, the remaining data being similar to those of its bigger brother. The junior element of the family is the Cargo 15, which maintains the same configuration but with an MTOW of 67 kg. The operational radius is down to 10 km, endurance being of 30 minutes, maximum speed being also reduced to 30 knots (55 km/h). It is designed to be carried by a 4×4 or a pick-up truck and is fitted with an obstacle avoidance system. As option DASAL offers foldable arms and dynamically foldable landing gears. Watch the DASAL Cargo 15 video HERE.

Defence UAVS include the Albatros, Eagle and Falcon models, in descending MTOW order.

With a payload up to 70 kg, the Albatros configuration is very similar to that of the Cargo 75 of which it maintains most of the operational data. It can be armed with a 7.62 mm machine gun, conventional or Gatling type, or can be equipped with a bomb-release system up to the maximum payload. Talks have already started with the Turkish Air Force and Navies for possible applications. The Eagle and Falcon take on the Cargo 15 layout and capacities but for different applications.

The Falcon is a weaponised platform that can accept a 5.56 mm assault rifle with 100-200 rounds of ammunition in a double-drum magazine; a 2-axis stabilised optronic package is fitted to the left of the weapon for target acquisition and aiming.

The Eagle is the drone-hunter version, and is fitted with a net-gun that releases its load according to data received from a ground-based radar system, allowing to neutralise the incoming flying threat.

DASAL also proposes three solutions in the ISR domain. The Be-Eater is a light UAV featuring four arms with a single rotor each, capable to carry a 0.2 kg payload at 5 km with an endurance of 20 minutes. Fitted with on-board target detection and image processing algorithms, it is designed for both land and naval applications, and is capable to land and take off from moving platforms up to 21 knots or 40 km/h speed. DASAL developed a landing platform that not only ensures the air vehicle recovery but also allows quick battery changing without human intervention in around 30 seconds; five back-up batteries are contained in the platform, allowing a total endurance of 120 minutes.

At 7 kg MTOW the Sparrow is a dedicated ISR UAS, also fitted with four rotors, which has a 1.5 kg payload that can be carried at 8 km with an endurance of 55 minutes. It is fitted with a 3-axis stabilised electro-optic gimbal and according to the company can fly in harsh and tough conditions. Designed to be carried in a special back-pack it can be made ready to fly in less than 5 minutes, and turn-around time is limited to the 30 seconds needed to replace the battery. This is not needed in the Owl as the last UAV recently developed by DASAL is of the tethered type. Similar in geometry to the Sparrow, it reaches the cruise altitude, comprised between 60 and 100 meters, in 40 seconds, and can then remain stationary exploiting its 1 kg gimbal payload fitted with cameras with a x30 zoom to provide intelligence and situational awareness, ensuring i.e. plate reading at 300 meters distance. It can be used on platforms moving up to 55 km/h speed, and when used in urban areas it can be fitted with an optional parachute to increase usage safety. Beside the use in homeland security duties, it can also be exploited for military purposes, i.e. convoy protection.

All the aforementioned systems have already been flight tested, DASAL being in talks with numerous interested potential customers. 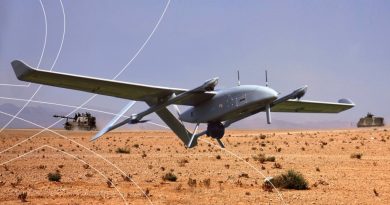