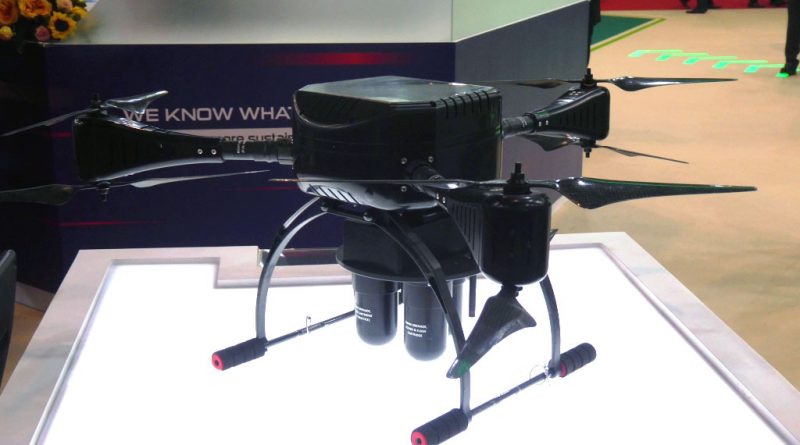 A new unmanned aerial vehicle (UAV) showcased by ST Engineering Land Systems was the Less-than-Lethal UAV, a quadrotor vertical take-off and landing (VTOL) system. Designed to fly up to 15 knots covering an operating range of up to 500 metres, and operating height of 100 metres, it has an endurance of 30 minutes. Equipped with a camera and a launcher with three CS smoke grenades, the operator can receive a real-time video transmission and is able to launch the grenades via a control panel. The UAV can be recalled to its base once the grenades have been expanded and re-loaded quickly with a 1.5 kg payload.

Also on display was the Veloce 60, a fixed-wing hybrid VTOL UAV powered by electric motors for vertical lift and a petrol engine for forward flight. Designed to be used for intelligence, surveillance and reconnaissance (ISR), mapping and search and rescue without launch and recovery systems, with the speed and endurance of a fixed-wing UAV, up to 70 knots and 14 hours respectively, the Veloce 60 has the flexibility of vertical take-off and landing able to operate in winds of up to 25 knots, and a long-datalink range of 70 kilometres. Carrying an EO/IR/Range Finder payload the Veloce 60 has a maximum take-off weight of 50-70 kilograms. The system has a laptop/console ground control station (GCS). The smaller VTOL Veloce 15 with a 15 kg MTOW has a handheld tablet with multi-touch GSC. 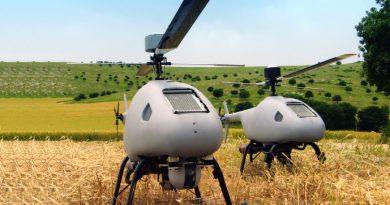 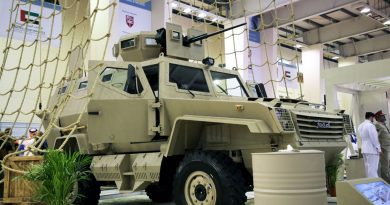