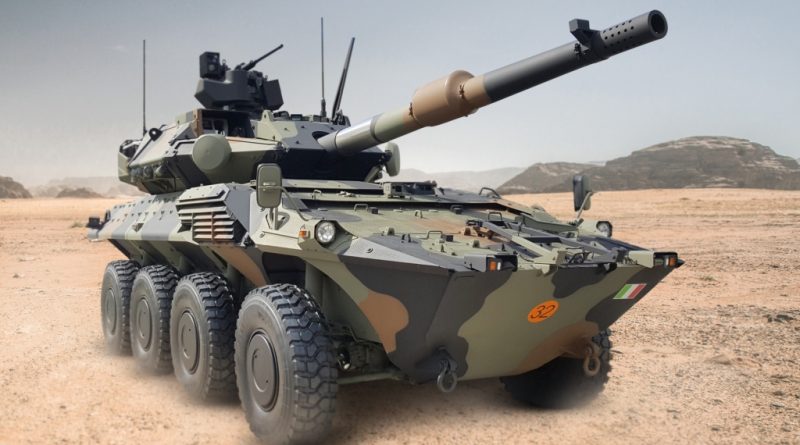 25 November 2022 – The need for an 8×8 armoured car armed with a 105 or 120 mm gun has been around for some time in Brazil, the Army needing a replacement for its ageing fleet of EE-9 Cascavel armoured cars, Overall Brazil still fields 408 EE-9, 98 of which are should be modernised. With a combat weight of around 15 tonnes and armed with a 90 mm gun, the Cascavel cannot match current threats

On 20 July 2022 the Brazilian Army Logistic Command issued a Request for Proposal, the forecasted contract also including an Initial Logistic Support (ISL) package as well as a single simulator system.

Three candidates were shortlisted in early October, the Centauro II, designed and produced by the Italian CIO (Consorzio Iveco Oto Melara), already in service with the Italian Army, the LAV700AG by General Dynamics Land Systems of the United States, and the ST1-BR by Norinco of China.

Today the Brazilian Army COLOG announced the ranking of the participants to the VBC Cav bid, which respects the aforementioned order, with the Italian CIO emerging as the winner.

Four areas were considered to reach the final ranking, offset, integrated logistic support, technical issues and finally commercial elements, each having a different weight within the overall evaluation, respectively 6.34%, 30.09% 52.54% and 11.04%.

The overall need of the Brazilian Army is for 221 VBC Cav, however, according to the RfP, the first contract will aim at a smaller number, a total of 98 vehicles being forecasted within 15 years from contract signature, including two prototypes, to be delivered possibly within two months from the entrance in force of the contract, followed by a second batch of seven vehicles for doctrinal experimentation, these being expected within two years from the first batch. These evaluation VBC Cav will probably be the first to be produced in the Brazilian configuration. What is clear since now is that Brazilian VBC Cav will be armed with the 120/45 mm smoothbore gun adopted by the Italian Army, which will thus become the heaviest direct fire system available to the Brazilian Army. How much this will differ from that adopted by the Italian Army remains to be seen. Serial production will then start, with six or seven vehicles to be delivered each year for the next 12 years to reach the number of 98.

The signature of the contract for this first batch is expected to be signed on December 5, more details on the financial conditions being expected at that time. A further contract for the production of the remaining 123 VBC Cav 8×8 is expected and should eventually be signed a few years before the end of production of the first batch to allow industry to acquire long lead items.

The Centauro II, currently under delivery to the Italian Army, is produced by the Consorzio Iveco Oto Melara, a joint venture between IDV and Leonardo, the former responsible for the chassis and the latter for the turret and armament. With a combat mass of around 30 tonnes, the Centauro II is armed with a 120/45 mm main gun capable to use all NATO standard ammunition employed by main battle tanks, including airburst programmable munitions. It is powered by an Iveco Vector 8V Euro III diesel fuel/capable to use also JP8 and providing 533 kW (720HP). It can speed up to 105 km/h on roads and has a range on road of over 800 km at 70 km/h. It exploits the know-how of the Centauro I, which entered service with the Italian Army in 1992 and has been deployed on operation in Somalia, Bosnia-Herzegovina, Kosovo, Lebanon and Iraq. The Centauro I was also provided on lease to the US Army for experimentation purposes within the Mobile Gun System programme.

Which was the impact of the ongoing cooperation with IDV, which is producing locally the VBTP-MSR (Viatura Blindada Transporte de Pessoal – Média de Rodas), the 6×6 armoured personnel carrier better known as Guaraní, well in service with the Brazilian Army, in the decision is to be seen. More details on a possible local production scheme, which might eventually exploit the same facility, will emerge in the near future. The Guaraní is attracting interest in some other Latin American countries, the adoption of the Centauro II/VBC Cav by Brazil possibly opening further markets for the mobile gun system of Italian origin. 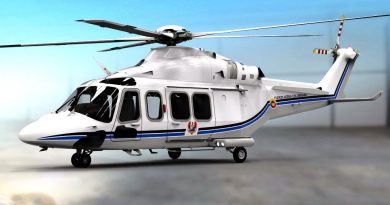