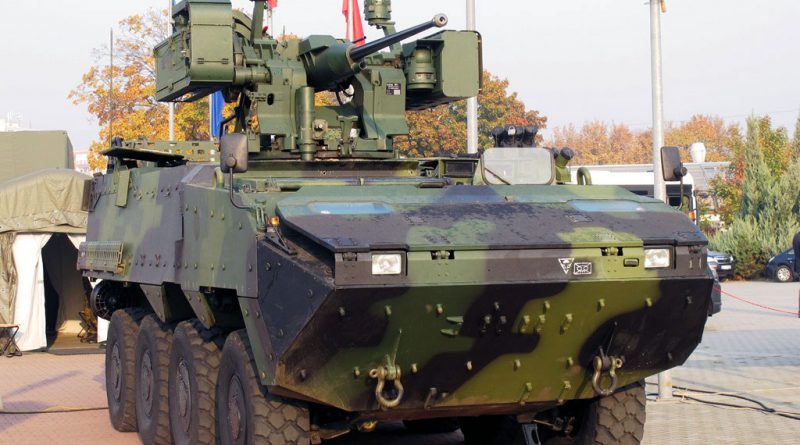 The world instability and the advent of hybrid warfare have led the Czech Republic to consider a reorganisation of its Army, allowing its Land and Air Forces to operate not only to protect the national borders but to be able to fully cooperate in coalition operations well beyond the Czech territory.

According to the most recent official documents produced by the Czech Government and military, the Armed Forces of the Czech Republic would deploy:

– In the event of an armed conflict of a scale that would threaten Czech sovereignty, its territorial integrity and vital interests, all forces and assets of the Czech Armed Forces, including liability to conscription, will be employed;

– For collective defence under Article 5 of the North Atlantic Treaty, if its territory is not directly endangered, the Czech Republic will provide, if necessary, land and air forces assigned for this purpose to NATO, whose core comprises a brigade task force on a mechanized brigade basis;

– For international operations intended to cope with threats and crises, the Czech Republic will, depending on the situation, be able to concurrently or progressively assign: (a) a battalion task force, (b) a land company task force (or air force equivalent), (c) forces up to battalion level assigned for standby duty in the NATO Response Force or EU Battle Group, (d) small specialist or expert groups, including special forces task teams;

– The Armed Forces of the Czech Republic can deploy in all climatic zones except the Arctic areas.

To do so, Land forces will primarily consist of mechanized brigades equipped with various types of combat vehicles (wheeled and tracked), including tanks to ensure the execution of the different combat activities.

These considerations led to a modernisation plan of the Czech Land Forces that looks at interoperability, considers the vehicles life cycle as a key issue, aims at minimising the number and variety of platforms and systems, and intends to eliminate any dependence on Russian Federation and former Soviet Union systems.

It was the task of Col. Pavel Lipka, Director Development of Land Forces Department, Force Development Division of the Czech Ministry of Defence, to illustrate all the programmes that will allow the Czech Land Forces to develop the aforementioned capabilities.

The 4th Rapid Deployment Brigade is currently equipped with 107 Pandur II, delivered in the 2009-13 timeframe, split among 72 KVBP IFVs, 8 KBV-PZ Reconnaissance Vehicles, 8 KBV-PZLOK Radar Reconnaissance Vehicles, 11 KBV-VR Company Command Vehicles, 4 KOT-ZDR Ambulance vehicles and 4 KOT-Ž Engineer Vehicles. Twenty more Pandur II will soon entry in service, 14 KOVS Communications Vehicles and 6 KOVVŠ Command Post Vehicles, that will operate at battalion level providing mobile C2 capabilities, improved classified communications and full NATO interoperability. Delivery should take place in 2019-20. The 41st, 42nd and 45th Mechanised Battalions should see their Pandur II modernised; a scheme for upgrading all seven existing variants is planned, deliveries scheduled in 2021-24. Upgrades will mostly concern the improvement of data and voice communications and that of electro-optic observation systems. This will provide the 4th Rapid Deployment Brigade with the capabilities required to cope with its missions, in and out of the country. As for light forces, the 43rd Airborne Battalion, part of the same brigade, should receive a Light Assault Vehicle; no indications were given on possible competitors, although SVOS was exhibiting its Perun 4×4, available also in 6×6 version. The LAV will have a considerable firepower being fitted with a number of small calibre machine guns, will have modern data and voice communications, and it will feature selective protections up to STANAG Level 2. The need is for about 100 vehicles, that will be assigned to the five Commandos, four professional and one reserve, that will form the new Czech Land Forces Airborne Regiment which will be created in 2020 based on the current 43rd Battalion.

As for the 7th Mechanised Brigade, the heavy element of the Czech Land Forces, the key programme is the replacement of its BMP-2s; this is described in another article. To maintain a credible capability the 33 T-72 tanks of the 73rd Tank Battalion will be upgraded, including 3 command and 3 recovery tanks. They will receive new data and voice communication equipment, to be fully NATO interoperable, and their propulsion units will be modernised, while T-72 M4CZ MBTs will get a new fire control system, the main gun remaining the one already installed. The upgrade should take place in the 2020-23 timeframe, however this is an interim solution as the replacement of the T-72 is currently under study, and in late 2019 the Czech Army will decide if it will buy a new MBT or if it will adopt a big calibre gun turret to be installed on the same platform that will replace the BMP-2, reducing the logistic burden at brigade level.

Combat vehicles alone cannot maximise the efficiency of a military formation, combat support systems being part of the same game; thus the Czech Land Forces are looking also at modernisation programmes in this field, which are depicted in another article.