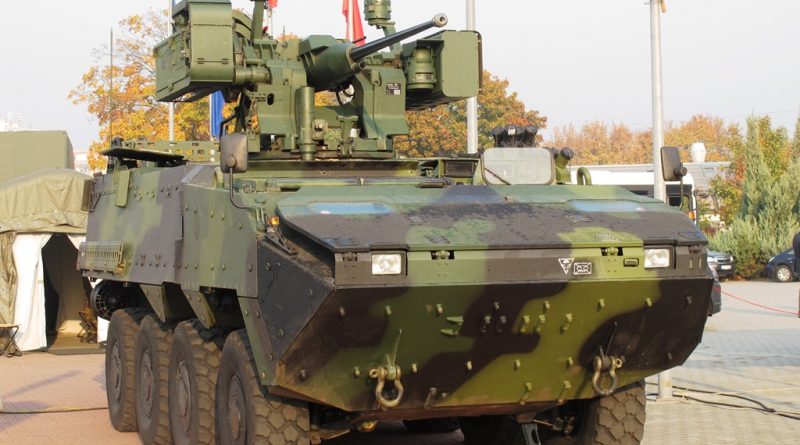 It is the largest modernisation project in the Czech armed forces history. The Ministry of Defence will invite four selected manufactures to present their bids to supply 210 pieces of tracked infantry fighting vehicles in seven different versions. The successful contract should be signed in August 2019, and the vehicles will subsequently be delivered between the years 2020 and 2025. Their life-span is expected to be 30 years.

The contract for delivery of 62 TITUS type armoured personnel carriers will be signed before April 2019 with ELDIS Pardubice s.r.o., a Czech manufacturer that has both a production licence and security clearance. Delivery is also expected between 2020 and 2025.

Another Czech manufacturer, Ceska zbrojovka, based in Uhersky Brod, will deliver up to 14,000 attack rifles and 20,000 pistols. The contract will be signed in March 2019.

The cost of these three projects is expected to exceed CZK 50 billion (excl. of VAT).

Minister Metnar also informed the Government that the Ministry of Defence would buy eight medium air defence mobile radars (MADR) from Israel. Due to the recent ongoing speculations and doubts surrounding the original public tender, Minister Metnar cancelled the invitation to tender and instead will directly approach the Israeli Government. The contract will be signed by mid-2019, and the first radar will be operational in the Czech Republic within 22 months.

The estimated cost of the order is CZK 2.9 billion (excl. of VAT).

On December 18th, SAAB Dynamics AB, represented by Mr Kristian Wallin, signed a contract to deliver 16 RBS-70NG air defence missile systems to the 25th Air Defence Missile Regiment in Strakonice. The contract was countersigned by Daniel Kostoval, Deputy Minister of Defence for Armaments and Acquisitions, and Major General Jaromir Zuna, Director of the Support Division of the MoD. The total cost will be over CZK 949 million (excl. of VAT), and the systems will be delivered between 2020 and 2021.

“This government’s priority, as well as mine, is to significantly strengthen the long-term security and defence capability of the Czech Republic. This can only be achieved by accomplishing these important armaments projects,” said Minister Metnar and continued, “In our endeavour to modernise our military and its equipment, we are, at the same time, maintaining and supporting our domestic defence industry”.

Chief of the General Staff General Ales Opata also expressed his wholehearted support for the upcoming acquisitions. “The procurement of this new equipment will be the key to taking our armed forces to a level that will meet the challenges of the 21st century. It will also necessitate decommissioning our obsolete materiel to comply with current NATO standards,” said General Opata.