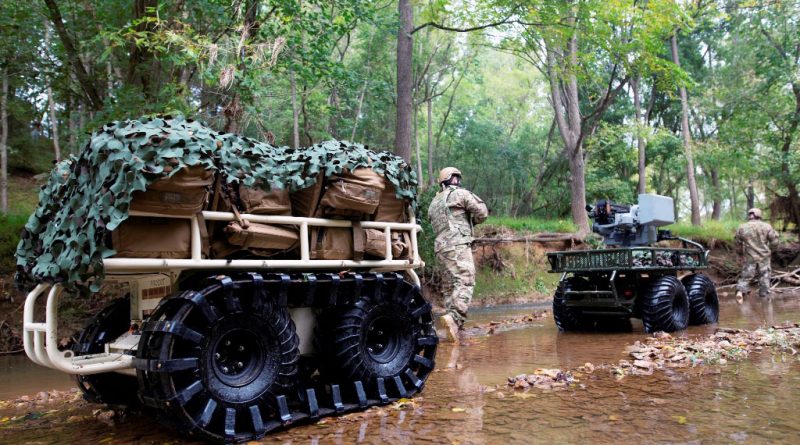 Putting together the capabilities of Elbit Systems in the field of autonomy and Roboteam expertise in that of unmanned ground vehicles leads to a fully autonomous ground robot that would have been exhibited at Eurosatory if the pandemic did not have led to the cancellation of that event.

The system is based on Roboteam’s Probot, the 435 kg wheeled and optionally tracked UGV, capable to move at 12 km/h while carrying a 750 kg payload. Elbit Systems added to the ground robot autonomous capabilities by adding its autonomous suite, which is C2 driven in nature, as it was designed in the first place as a key enabler of its widely operational Torch-X Command & Control technology. This enables to transform the Probot into a networked fighting asset capable of maintaining full situational awareness, receiving missions, relaying operational information, and operating as part of a swarm, in both manned and unmanned scenarios.

“Technology has evolved considerably allowing us to insert autonomous capabilities into a networked environment, something that was not possible 2-3 years ago,” Gil Maoz, Vice-President C4ISR at Elbit Systems tells EDR On-Line. “The battlefield is changing, we are moving towards multi-domain warfare, we must look at the doctrine and although it will never happen to have an all-unmanned scenario, the balance between manned and unmanned systems will however change,” he adds.

Before hitting the off-road, the Torch-powered Probot calculates the most feasible way through, makes decision along the way, reacting to real life situations – and if necessary, corrects the route.

“In the past years we developed the Map Core powerful mapping tool with off-road  travesability engine, which was designed to ensure maximum autonomous mobility to off-road vehicles, which evolve in an environment without defined boundaries, across various types of terrain,” Maoz explains. The first layer of the solution is the traversability analysis. A sensor agnostic terrain classification software enables off-line processing and classification of countless satellite images, orthophotos and DTM, automatically generating a classified database of the terrain. A real-time physical motion simulation combines the classified terrain with the vehicle’s physical capabilities based on manufacturer specifications: power train, steering, suspension systems etc. The result is a traversability map from which the UGV generates the most feasible and efficient route.

The second layer of the solution is terrain classification. While on the move, data collected from the different onboard sensors is processed, in real-time, creating a more accurate ongoing classified terrain of the near environment, including dynamic objects such as people, animals and other platforms, all collected from the cameras points of view. This ongoing classified local terrain is re-processed determining the platform’s traversability in real-time, correcting its route as necessary. “Artificial Intelligence algorithms on board the platform allow it to understand and analyse the situation, that is then exploited in the third layer, that is decision-making on the move,” Gil Maoz says. When designing the system, Elbit Systems created countless simulated scenarios using real-time physical motion simulator over a myriad of classified terrains, under various conditions. It then engaged the simulations with real-life events, and exploiting AI the Torch-Powered Probot teaches itself how to behave in any unforeseen situation, creating self-learning, self-expanding wisdom. “This allows completing the circle, giving the vehicle the capability to decide by itself how to react to an unforeseen situation, which is first understood, then analysed, the original movement plan is the adjusted according to contingency, leading to the reaction in the shortest possible time,” he tells us.

Of course all the learning is not kept to itself, but it is shared in real time with the other networked actors. “However we are only scratching the surface, and things will probably considerably evolve in the near future,” Maoz adds.

Elbit started three years ago to inject its AI-based autonomous capabilities into third-parties platforms, and even experimented them on an IDF vehicle. The system is designed with an open architecture and can be installed in nearly any type of vehicle, wheeled or tracked, the aim being always to reduce the friction on the battlefield and reduce the fighter’s burden. “Our roadmap looks at new platforms, the Torch-X Autonomous Probot solution having already been sold and delivered to a customer,” Gil Maoz says, “Elbit Systems being prime in those contracts as we are providing the autonomous capability.”

Before concluding Elbit Systems’ VP C4ISR gives us two examples of recent use of unmanned ground vehicles: “In February, during an army exercise of one of our customers, there were communications problems, the solution being to install a relay on top of a hill. An unmanned Probot fitted with a relay was sent to carry out the mission, overcame all mobility hurdles and successfully deployed the needed relay, solving all communication problems.” The second is closer in time and shows the dual-use of unmanned solutions: “during the COVID crisis one city was locked down, but resupply was needed. A military unit was called to provide support, unmanned vehicles delivering the needed resupplies at door step,” he concludes. 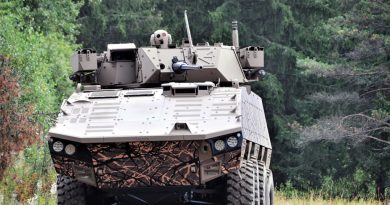 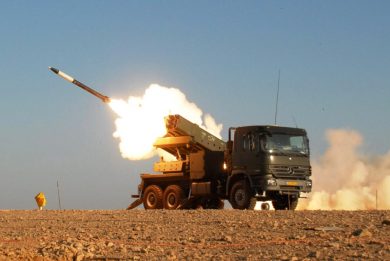