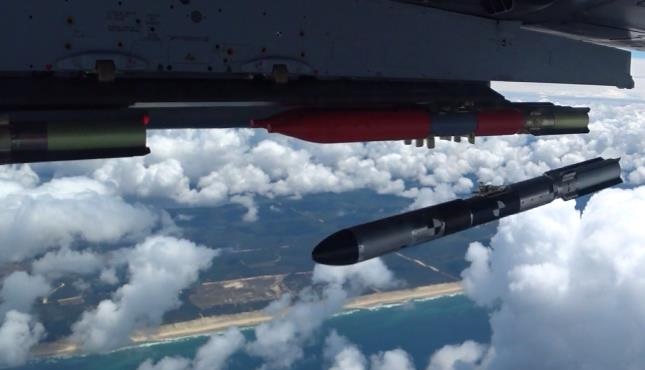 In June 2018, a BAT-120 GL laser-guided lightweight munition prototype equipped with its guidance system was successfully fired for the first time from a French Air Force Mirage 2000D at the French defence ministry’s Biscarrosse test range in Western France.

The firing was the first opportunity to test the BAT-120 GL prototype guided by a trajectory correction system derived from the laser-guided rocket developed by Thales. The munition was launched from the aircraft and corrected its trajectory in flight as anticipated in the test protocol.

The BAT-120 GL is a lightweight (35 kg) munition that would provide forces with a highly effective precision-guided weapon ideally suited to modern conflict situations, particularly in urban environments. The key operational requirement is to reduce to a zero level the risk of collateral damage while increasing the weapon carriage capacity of combat aircraft This concept allows to take a larger number of ammunition than today with bombs from 250kg to 1000kg.

Testing of the BAT-120 GL prototype will continue shortly with a guided firing of a metric-precision munition.